Taipei, July 28 (CNA) Saint Christopher's Church (SCC) in Taipei, which is heavily involved with the migrant community in the city, celebrated its 61st anniversary Sunday, with morning mass services, food, street stalls, a pageant, a dance competition, and culture performances by Filipinos, Vietnamese and Indonesians.

After morning services, including a High Mass officiated by Archbishop John Hung (洪山川) of the Taipei Archdiocese, the church band rocked the crowd with popular English songs that got people on their feet dancing to the music.

"Welcome to SCC's 61st anniversary fiesta held here at the parish, a place where migrants come together to share their joy and sorrows, happiness and frustrations," he said. "The following program is about helping one another in the migrant community where we feel at home (while) away from home."

Leo Ramos, who works in New Taipei's Sanchong District, won the male fashion pageant "Recyshion," which sought to raise awareness of protecting the environment, by having contestants compete on stage in clothing made from recycled materials.

The 31-year-old Ramos clinched the top prize over six other competitors with clothing made out of recycled potato chip packets. 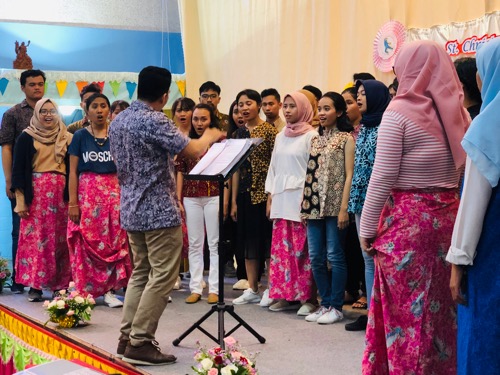 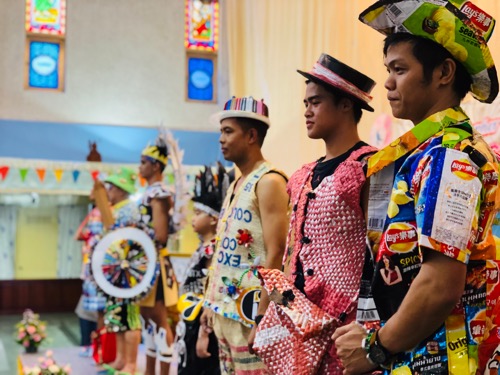 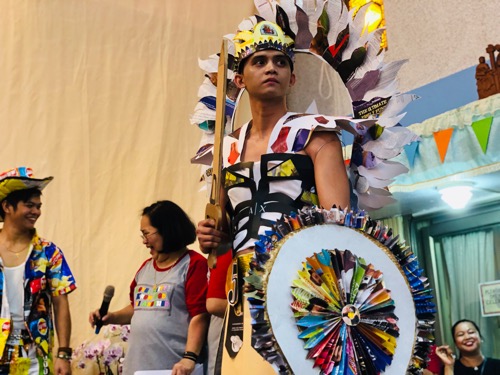 Harmony and melody filled the church as students from Indonesia's Telkom University Choir, in Taiwan to take part in the Taipei International Choral Competition held from next Tuesday to Friday, put on a special performance.

Fr. Franco Lacanaria, outgoing SCC parish priest who has served at the church since January 2016, said the anniversary was a very important day for members of the church and migrants because it honors the patron saint of travelers.

Fr. Edward Pacquing, the new SCC parish priest, said over 1,000 people attended the anniversary and commended the events and activities held by the church as being positive for the mind, body and spirit of migrant workers.

"This is a good thing for them because they will have memorable experiences here in Taiwan instead of going to some other places, which may cause harm and danger," Pacquing said.

"And with this experience in Taiwan, when they go back home, they can also recall good memories," he added.

Kaibigan Jay, a radio program host and member of SCC since childhood, said the church plays a heartwarming role for migrant workers, helping them channel their emotions while they work in Taiwan.

"The support the church gives to migrant workers to make them feel as if they are in their respective hometowns is very meaningful," she said.

Often referred to as "our home away from home" by migrant workers, over the past 61 years SCC has become a place of worship for people from all walks of life, Lacanaria said.

The church was built by Americans and opened in July 1958 to hold religious services for the United States military and allied forces stationed in Taiwan at the time, he said. 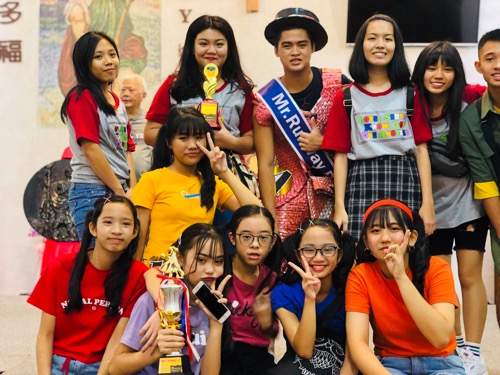 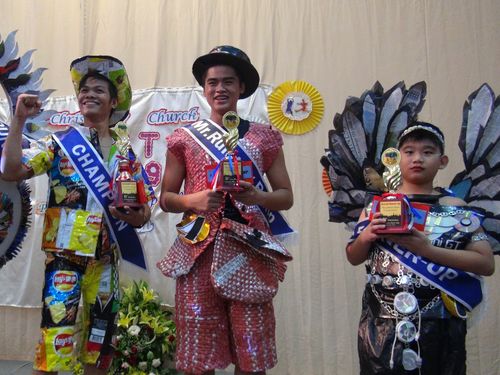 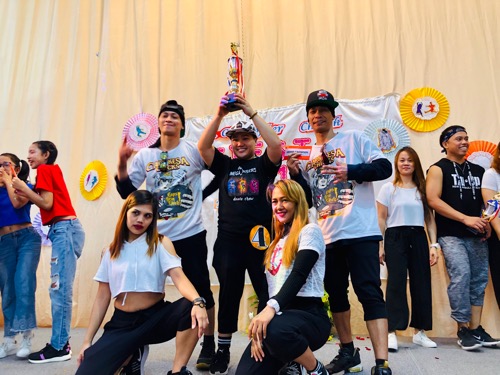