Taiwan Hip Hop trio MJ116 and South Korean girl group EXID are also scheduled to perform at the event, which has been an annual celebration hosted by the city since 1995 on the last day of every year.

The performances will be accompanied by the traditional Taipei 101 fireworks when the clock strikes midnight and a light show using a T-Pad LED lighting system on the building's north side measuring 100.8 by 168 meters. 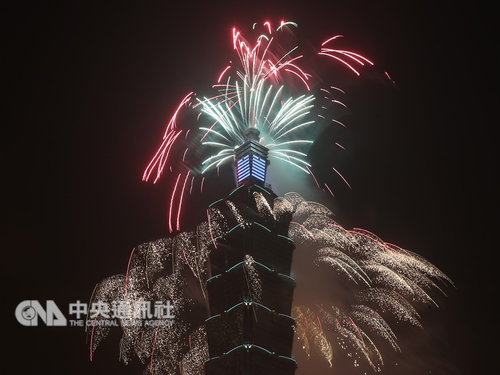 The event is to be hosted by actress Heaven Hai (海裕芬), entertainer Blackie Chen (陳建州) and celebrity Tien Hsin (天心).

DOIT head Chen Su-yu (陳思宇) said the celebrations, which will kick off at 7 p.m. Dec. 31, will also incorporate esports to promote Taipei internationally.

The combination of performances and esports is aimed at boosting the tourism industry and increase the number of people visiting Taipei, she said.

(By Chen Yen-chun and William Yen)