Tens of thousands of Muslims celebrate Eid al-Fitr in Taipei

Taipei, June 9 (CNA) Tens of thousands of Muslims celebrated Eid al-Fitr, the "festival of the breaking of the fast," at events in Taipei Sunday that were organized by various city government departments to mark the end of the Muslim fasting month of Ramadan.

Over 30,000 Muslims, mainly Indonesian migrant workers, packed the first floor of the Taipei Main Station, the main transport hub of Taiwan's capital, to share food, sing and embrace their culture with their compatriots. 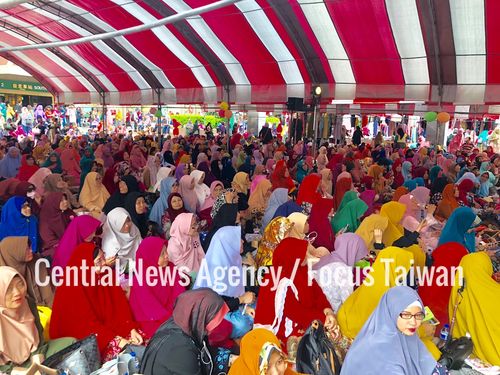 Taipei Station Master Huang Jung-hua (黃榮華) said an estimated 30,000 to 40,000 people gathered throughout the day at the station on the first Sunday after Ramadan to celebrate Eid al-Fitr.

The first day of Eid al-Fitr was actually last Wednesday, but because it was a weekday, the vast majority of Indonesian workers came to the station to celebrate on Sunday, as they have that day off work, Huang pointed out. 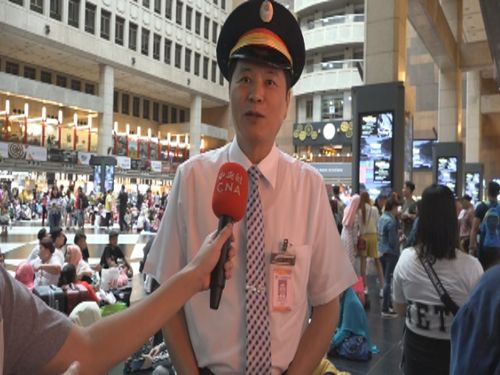 "To my understanding, migrant workers use Facebook to organize meet-ups with their friends at Taipei Main Station when they are in city because the station is spacious and air-conditioned, providing a suitable environment for them to socialize," Huang said.

Huang also stressed the importance of respecting all cultures and reminded Taiwanese passengers at the station to be understanding of their special occasion.

At the station, the Taipei City Foreign and Disabled Labor Office organized a "Flash Mob Idul Fitri" event, in which Taiwanese presented flowers to Indonesian migrant workers and engaged them in conversation, to promote mutual friendship.

Meanwhile, a festival to celebrate Eid al-Fitr, the Gemilang Idul Fitri 2019, which was organized by Taipei City's Department of Information and Tourism was also held in the city's Da'an Park that same day. 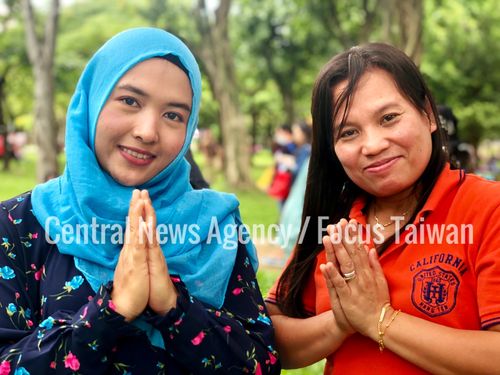 The festival hosted a market featuring products from Muslim communities around the world, in addition to Indonesian-themed performances and Muslim-themed outdoor lectures. 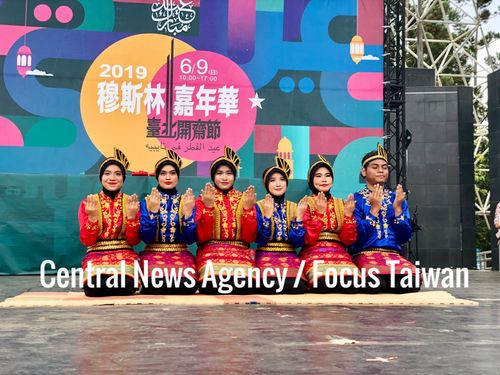 Taipei Mayor Ko Wen-je (柯文哲) said in a speech at the festival that Taiwan has approximately 270,000 Indonesian migrant workers, including more than 30,000 who work in Taipei, mostly as caretakers looking after elderly citizens.

"On behalf of Taipei's senior citizens, I would like to take this opportunity to thank them (Indonesian migrant caretakers) for their care and service," Ko said.

Speaking on ways to make the city more Muslim-friendly, Ko said he has already instructed Taipei's Department of Health to increase the number of Muslim-friendly hospitals, which includes prayer rooms and Halal-certified food.

Linda, an Indonesian caregiver in Taipei who has been in Taiwan for three years, said the festival has allowed her to embrace her Muslim culture and that these events organized by Taiwan allow her to feel like she is living in Indonesia. 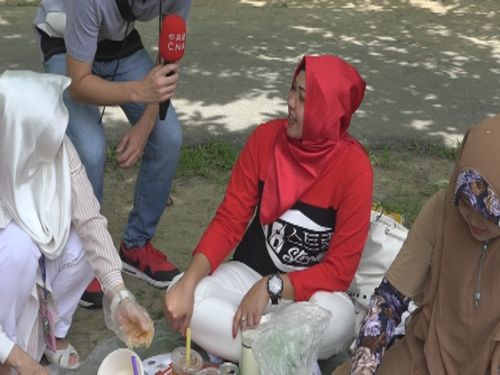 Siti Komariah, another Indonesian caregiver in Taipei but who has only been in Taiwan for a year, said the festival has allowed Taiwanese to understand more about Muslims, including their food and culture. 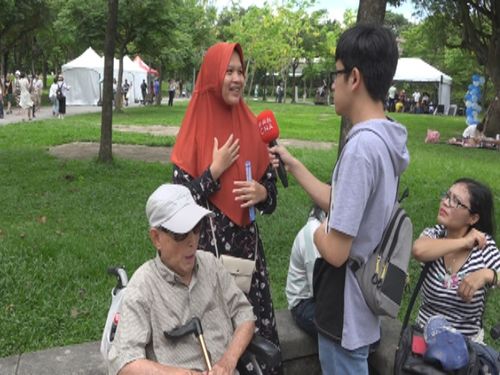 She noted that some of the challenges she faces while working in Taiwan is that she has to fast during the daytime in the month of Ramadan, which means that in terms of performance, it is sometimes hard to meet the expectations of her Taiwanese employers for that particular month.

Nanta, an Indonesian migrant worker in the manufacturing industry in Taichung, who has been in Taiwan for three years, said that even though he is very proud that the Taiwan government organized the festival, he still faces the language challenges while working here, and his employer needs to use body language to converse with him.

He said he does not face much discrimination in Taiwan and instead, most people accept him regardless of his religion. 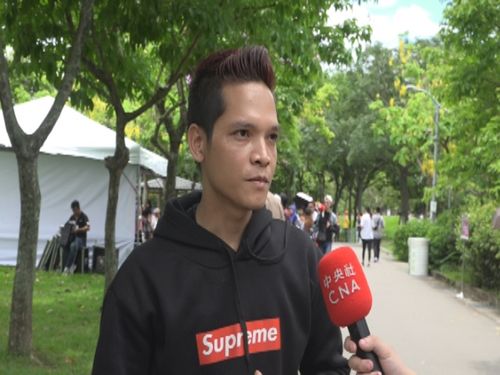