A total of 60 children aged between nine and 12 were selected from across the country to participate at the 2019 Cathay JLin Basketball Camp, taking place Friday and Saturday.

The camp began with Lin working on the children's shooting skills.

"My advice is not to hold the ball too far back, especially when you shoot three pointers," he said. "Just bend your knees, go a bit lower and you will find your shot to be smoother."

Lin also stressed the importance of developing a good shooting technique at a young age.

"You should know that your shooting technique when you are young will influence how your play when you get older, so this is a very important time to learn the proper technique," he said.

The children continued their practice by shooting at different spots inside the key, which was followed by an elimination basketball shooting game that saw Lin present the winner with his personally signed basketball.

After a quick water break, the training continued dribbling practice, teaching the children how to control the ball on the basketball court, including how to dribble the ball between their legs.

The training session also included basketball games, with Lin giving tips and advice to the players.

It is the ninth year that the Cathay JLin Basketball Camp has been held around Taiwan, with last year's camp held in Hualien.

Throughout the last nine years in which he has come to Taiwan to take part in the annual camp, Lin said he has improved from just being a good player to place emphasis on being a good coach.

"I have adjusted a lot in my method and content of coaching and these few years I have placed an emphasis on life lessons, because I am able to apply my own experiences," Lin said.

Apart from being able to work on the children's basketball skills, Lin added that he also hopes to be a good role model.

The 30-year-old NBA star shot to fame in 2012 during what fans called a "Linsanity" craze, after he led the struggling New York Knicks in a turnaround.

In June, the Toronto Raptors, with Lin as their point guard, made history by winning the NBA championship for the first time. 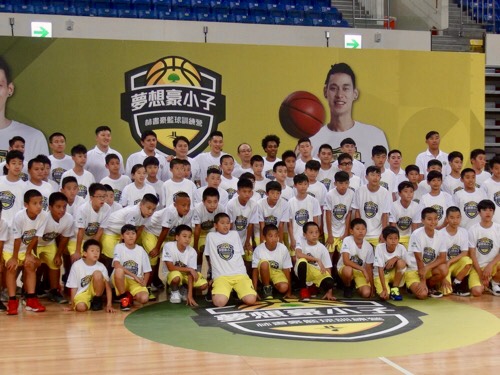 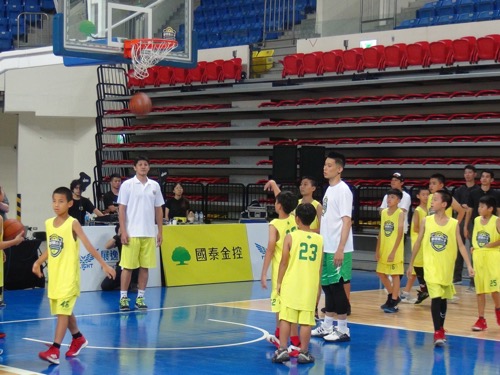