Tsai made the comment while receiving American Institute in Taiwan Chairman James Moriarty and Director Brent Christensen at the Presidential Office in Taipei. 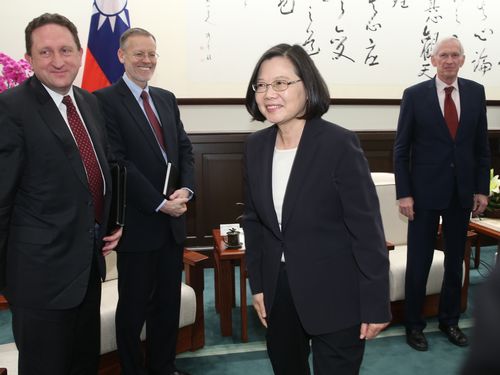 She said that the package also helps Taiwan to strengthen its national defense ability and reflects U.S. support of its partners in the Indo-Pacific region.

According to a statement issued by the U.S. Department of Defense Security Cooperation Agency a day earlier, the U.S. State Department has approved a possible deal with Taiwan to renew a US$500 million training program for Taiwanese F-16 pilots and maintenance crews based at Luke Air Force Base in Arizona.

The statement said the sale will "help to improve the security and defensive ability of the recipient, which has been and continues to be an important force for political stability, military balance, and economic progress in the region."

(By Wen Kuei-hsiang and William Yen)