Taipei, Sept. 22 (CNA) An Indonesian photographer, who was born without forearms, will be one of the recipients of the 22nd Fervent Global Love of Lives Award at a ceremony in Taichung on Tuesday, in recognition of her achievements and contribution to society.

The annual award is organized by the Chou Ta-Kuan Cultural and Educational Foundation to honor individuals from around the world who have been recommended for their bravery in facing difficulties, making sacrifices, overcoming limitations, or their contribution to society.

Despite being born without forearms, 51-year-old Rusidah Badawi told CNA that she often says to people "You need to strive 99 percent on your own to succeed and rely 1 percent on others."

Born in 1968 in a remote village in Indonesia's Purworejo District, Central Java, Rusidah did not attend school until she was nearly nine years old.

She graduated from elementary school in 1983 and finished in 10th place out of 120 students to gain admission to Bayan Purworejo Junior High School.

In 1984, she transferred to Purworejo National Junior High School but had to live at Purworejo Wiloso Muda Mudi (PAWMM) Orphanage for the next five years, where she made many friends, according to Rusidah.

After high school, she enrolled on a photography course at the Soeharso Surakarta Rehabilitation Center vocational school in Solo because she saw how a friend with only one hand made a living as a freelance photographer.

Hoping to make money, she enrolled on a photographic skills training course in 1991, which she completed in 1992, and returned home with a photography certificate, she said. After returning to Purworejo, Rusidah became a freelance photographer and used a specially modified camera with a screw on the shutter button, to make it easier for to operate.

"The screw was advice from my teacher at the time, so I could stabilize the shot, so the photo wouldn't come out blurry," she said, adding that she doesn't use it any more because she has a digital camera now.

Rusidah is often invited to take photos at weddings or other events, and gradually gained popularity across Indonesia. 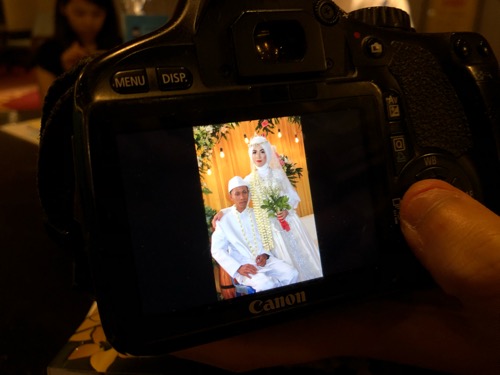 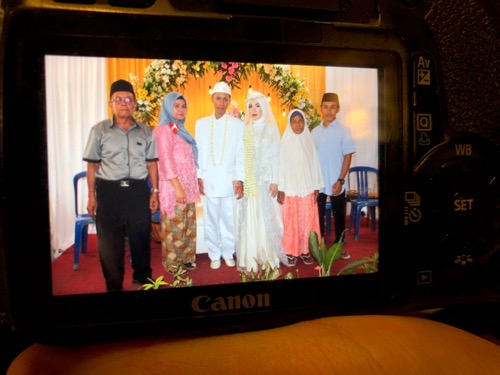 Chou Chin-hua (周進華), the founder of the award, told CNA that Rusidah's photography helps others by setting an example and motivating other disabled people to not give up and to have the courage to learn a skill.

"Because of her work, we have invited her to speak to people in Taiwan who are going through difficult times, such as medical treatment, to motivate them to overcome hurdles," he said.

Rusidah is one of 20 people who will receive the Fervent Global Love of Lives Award Tuesday at a ceremony in Taiching, an event that will also be attended by former President Ma Ying-jeou (馬英九) and former Vice President Annette Lu (呂秀蓮).

The Fervent Global Love of Lives Award was established by the parents of Chou Ta-kuan (周大觀), who died of cancer in 1997, to commemorate their son's love of life and determined spirit, while encouraging people to cherish and respect life. 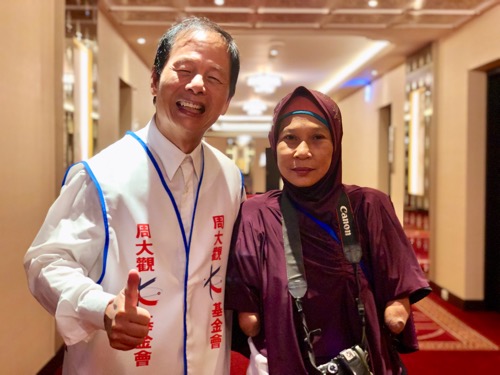