New Taipei, Nov. 3 (CNA) Nelly Korda of the United States frittered away a three-shot lead on the back nine but recovered to win a playoff and defend her title Sunday at the 2019 Taiwan Swinging Skirts LPGA golf tournament outside of Taipei.

Korda seemed headed to a comfortable victory after 13 holes of the final round, her 20-under for the tournament leading her nearest challengers Minjee Lee of Australia by three shots and Caroline Masson of Germany by four.

But three bogeys in the next four holes and birdies on the 15th and 16th holes by Masson left the American and Australian one shot behind the German heading into the par-5 finisher at the US$2.2 million event.

Korda and Lee birdied it while Masson settled for a par, setting up a three-way playoff that Korda won on the same 18th hole with another birdie. 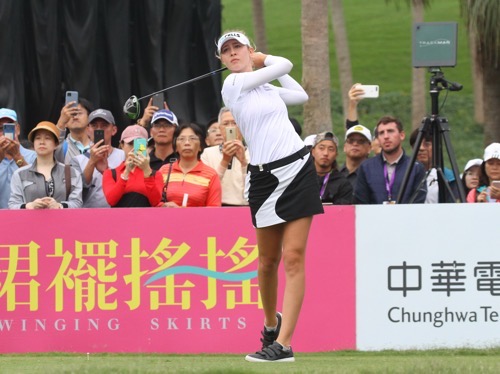 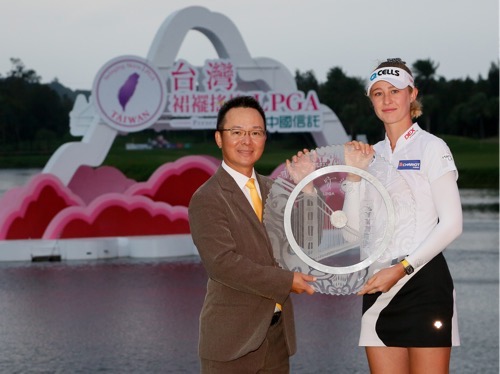 The defending champion was particularly pleased with her second shot on the playoff hole, a 5-hybrid into the wind that carried to the green and set up the winning birdie.

"I hit a perfect shot, it just faded with the wind and I couldn't have been more pleased," she said.

"I definitely used my length to my advantage there. The tee was up today, but it was howling from left to right."

The birdie on the final hole in regulation was just as big for the 21-year-old Florida native.

"I was in the rough and I didn't really have a great vibe but I got it really close and actually I almost made that chip, it was really close, I just had a tap-in birdie, which was definitely crucial," Korda said.

Korda commended the support of her team when her putting let her down during the final round.

She also thanked him and her sister Jessica, who finished the tournament tied for 11th at 10-under and then followed Nelly, for keeping her level-headed down the stretch. 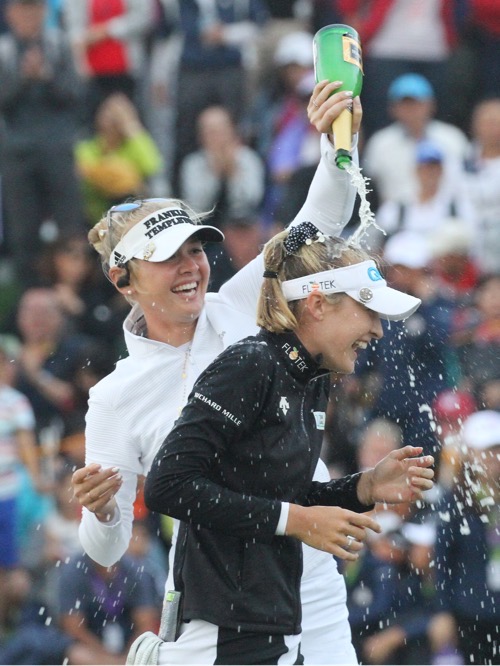 Masson, ranked 49th in the Rolex World Rankings, was the steadiest of the top three, carding five birdies and only one bogey on the par-4 10th, but she lamented not taking advantage of opportunities to build her lead on the final two holes.

"I did have a couple chances to get maybe two ahead on 17 and make birdie on 18 and didn't use them, but I think overall, I just hung with them all day," Masson said. 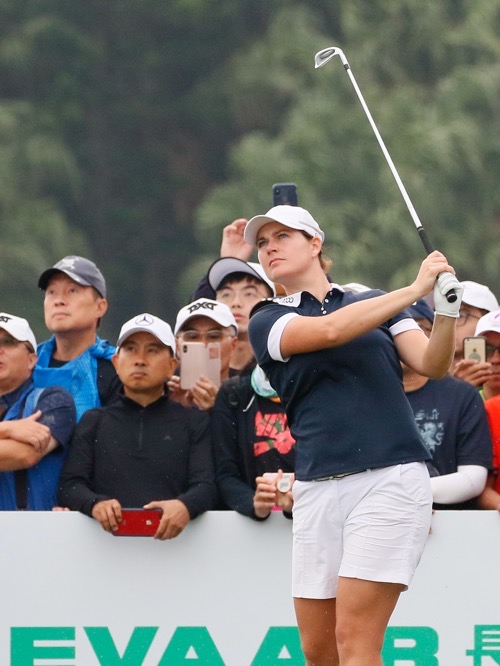 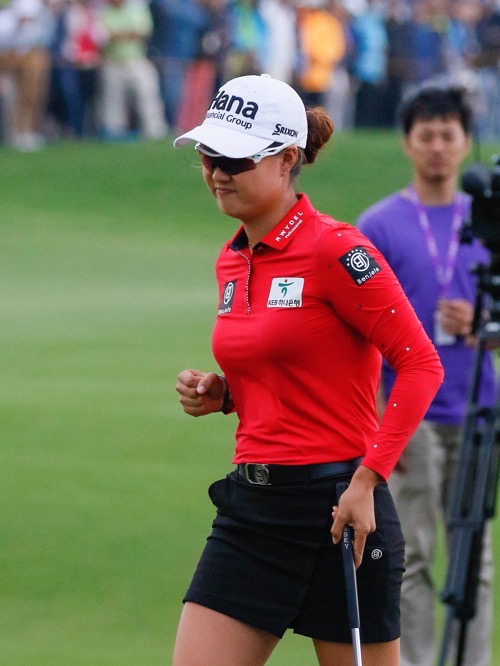 Among the Taiwanese players, Hsu Wei-ling (徐薇淩) was the top finisher, ending up in a four-way tie at 19th at 8-under after a 4-under 68 that included a rare eagle on the 342-yard par-4 eighth after she put her tee shot within three feet of the hole.

Hsu, ranked 92nd in the Rolex World Rankings, was happy that she improved with every round but felt her putting let her down.

"If I had sunk more of my putts, I would have made it into the top 10," she said. "But it's still good. I'm satisfied with my performance because I know that putting is not only about how you're feeling on the day but also about luck." 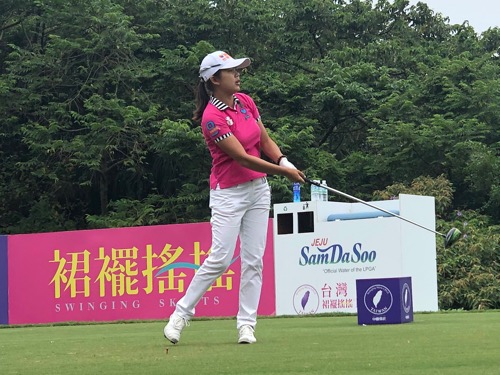 Another Taiwanese who finished strong was Cheng Ssu-chia (程思嘉), who shot a 5-under 67 Sunday to end up in a four-way tie at 23rd.

Cheng was considered one of Taiwan's young hopefuls when she qualified for the Ladies European Tour in 2015 and made 33 starts on the LPGA Tour in 2016 and 2017.

Over the past two years, however, she has been playing on the Symetra Tour, which is one notch below the LPGA Tour, and her ranking has fallen to 320th in the world.

But a victory on the Symetra Tour in August helped her earn a return to the LPGA Tour in 2020, and her performance Sunday was a reminder that she can play at a high level.

"I think my putting was better today," said Cheng, who feels she has matured and become more experienced as a player since she burst on the scene four years ago.

"I had a number of long putts that I was able to sink, and I played with much more confidence." 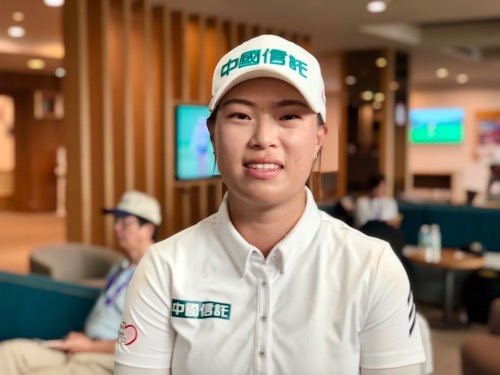 Over 67,300 fans turned out during the four-day event at the Miramar Golf Country Club in New Taipei, where 81 golfers from 17 countries competed. 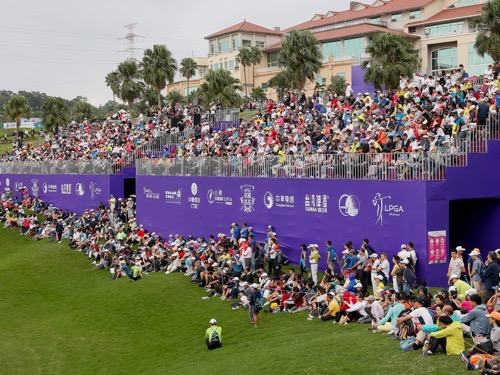