New Taipei, Nov. 2 (CNA) Defending champion Nelly Korda of the United States fired a bogey-free 7-under 65 Saturday to retake the lead after the third round of the 2019 Taiwan Swinging Skirts LPGA golf tournament in New Taipei.

The 21-year-old Florida native fired seven birdies to climb back into the lead at 18-under for the first three rounds after starting the day one shot behind Hur Mi Jung of South Korea.

Korda, who held a share of the lead after the first round, was particularly pleased with her consistency off the tee and her ability to hit the ball close to the flag to make up for any mistakes.

"I think I've gone over 36 holes without a bogey, which is something that I always strive to do," she said. "I don't think I've ever done that. But I'm just playing really solid golf, and there's still so much golf to be played."

She has not bogeyed since scoring a 5 on the par-4 16th in the first round, and part of that is having a high comfort level with the course.

"It's a bermuda-style golf course; it's something that I grew up on. I definitely have a lot of comfort," said Korda, who is ranked eighth in the Rolex World Rankings.

Despite having a three-shot lead, Korda is taking nothing for granted ahead of the final round.

"I think with the two girls I'm going to be playing with tomorrow, Minjee and Caroline, they are going to for sure shoot some low scores. So it's going to take a low one to stay consistent to win tomorrow," she said. 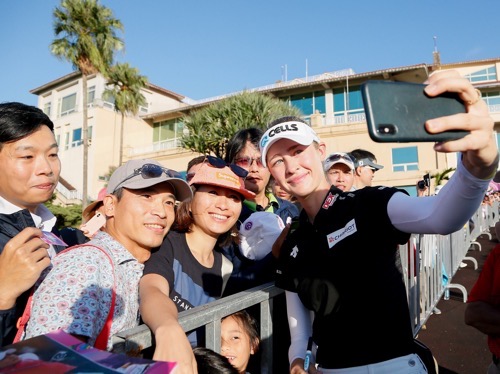 Lee of Australia, ranked ninth in the Rolex World Rankings, has been if anything even steadier than Korda, carding only one bogey, on the par-3 7th in the opening round, in the tournament so far.

"I played pretty solid today, I think I turned 2-under on the front nine and then I had three birdies to finish my back nine," Lee told CNA. "Overall I had no bogeys, it was a good round."

Lee will be teeing off in the same group with Korda and Masson on Sunday.

"I think I can play pretty aggressively and just pretty much try and not leave anything out there. So I'll just play own game and have some fun," said Lee, who is at 15-under 201 overall. 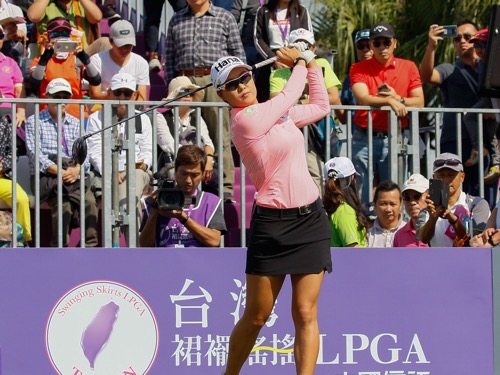 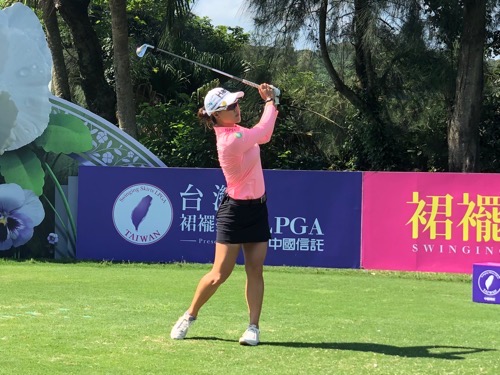 Among the Taiwanese players, Chen had an up-and-down day with five birdies and four bogeys, including three on the last five holes.

"I think I played well at the start, but I also felt tired toward the end, and I couldn't really think out there," Chen said, noting that she relied heavily on her caddy's advice at the end.

The 258th ranked Chen said she needed to work on her putting after feeling she left a few birdies on the greens Saturday.

Taiwan's top-ranked regular on the LPGA Tour, Hsu Wei-ling (徐薇淩), ended the day in a seven-way tie for 23rd after shooting a 2-under 70.

Hsu, who is at 4-under for the tournament, scored three birdies and one bogey on the day.

Windy conditions started to affect her performance starting from the 15th hole, when she sent her tee shot into the rough and ended up with a bogey, Hsu said. 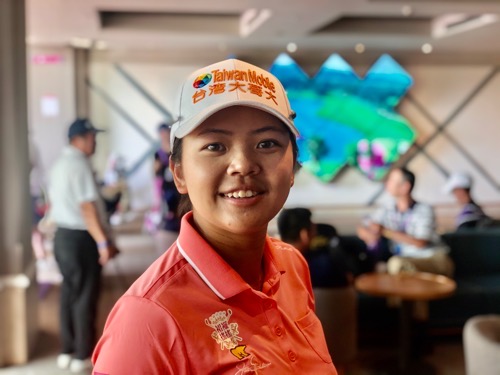 Hur, the tournament's leader after two rounds, fell to fourth Saturday five shots behind Korda with an uneven 1-under 71.

"It was a tough day, it was windy and my iron shots weren't as good as they were the last two days. My distance wasn't correct," Hur said. 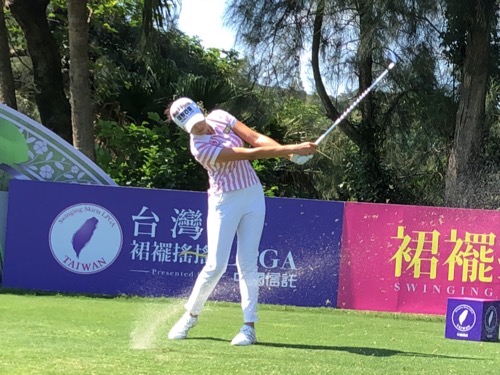 Over 16,800 fans turned out Saturday at the Miramar Golf Country Club in New Taipei, where 81 golfers from 17 countries are competing. 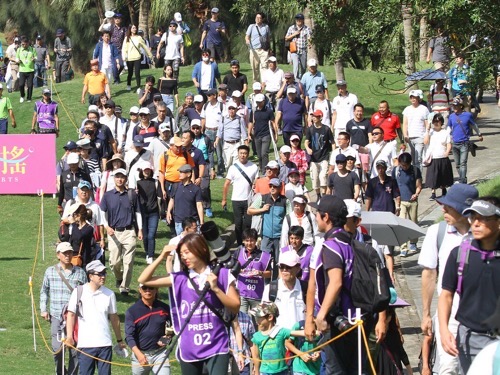