Taipei, Aug. 20 (CNA) The head coach of Taiwan's national football team told of his plans Tuesday to stir up passion for football amongst Taiwanese by making the game more exciting through an aggressive style of play he has developed for the team.

Louis Lancaster told CNA that "if you look at Taiwan, we're meant to be the nicest people in the world, we're so friendly, we will help anyone. But actually, now that's changed because when we get on the pitch, we're animals!"

The style of play he has developed for the team is based on the philosophy of "attack, attack and attack," by keeping the ball as close to the opposition's goal as possible and as far away from their own goal, said Lancaster, who took over as the country's head coach Jan. 16, after his tenure as assistant to former head coach Gary White that ran Sept. 14, 2017 to Sept. 8, 2018.

The idea is that when the other team is on the offensive, Taiwan will try to win the ball higher up the pitch, which will eliminate the need for too many passes and score the goal quickly, Lancaster said.

"You can attack when you have the ball, you can break a team down, and you can also attack when the other team still has the ball. So when I talk to my players, I take my wedding ring off and I tell them that it is impossible to talk about attacking without defending, and defending without attacking because they always come together like they are married," he said.

He said this style of play has created better performances for Taiwan in the last four friendly matches this year against Myanmar and Solomon Islands, which was played in March, and also against Nepal and Hong Kong, played in June.

He said he would like to believe that after the four games, people will start to recognize Taiwanese football and generate a buzz, Lancaster said.

"The whole vision is to promote Taiwanese football, inspire all the kids, get people out of their houses, get the big crowds, that's what we want. But to do that we need to develop and create an elite team. The players need to be capable of playing the big games and having their moments by winning the games," he said. 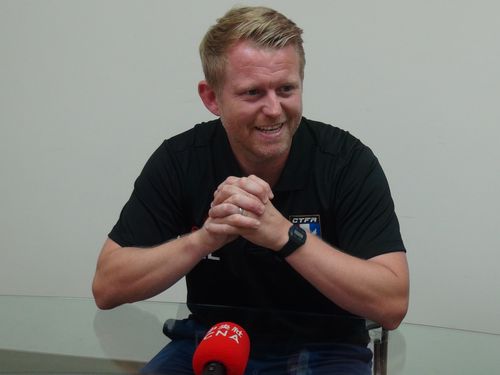 Another underlying reason why he has developed an offensive- orientated attack style of play is to let football compete with other popular sports in Taiwan, which are higher scoring sports, he said.

"(In basketball) there is someone shooting the basket every 26 seconds, so every 26 seconds there are people cheering, and in baseball there are 290 pitches. In football, the game could be nil-nil when you defend," he said.

"It's not exciting, so our job is to give people a reason to come out of their houses by making it (football) exciting and making it aggressive," Lancaster said.

Using an analogy of going to the cinema to watch a movie, Lancaster said if one enjoyed a trailer that he or she saw then they would go and watch the actual movie.

Meanwhile, Lancaster also called for the country to be united in supporting Taiwanese football.

Taiwan scored no points in the qualifiers for the FIFA World Cup in 2002, 2006 and 2018, and was knocked out in the first round for the qualifiers for 2010 and 2014, Lancaster said, adding that the upcoming world cup is an opportunity for Taiwan to make history. 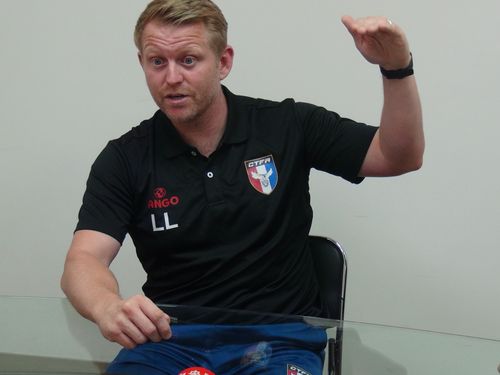