Taipei, March 23 (CNA) Faced with an increase in attacks against the universality of human rights, one approach is to encourage countries to share their experiences in defending those values, a European Union (EU) official said in Taipei Thursday, adding that it would be a good idea for Taiwan to export its good practices.

"We are very encouraged by the role that Taiwan plays in the region as a beacon for human rights and democracy and we think Taiwan should be exporting its good practices in terms of human rights," Mercedes Garcia Perez, who heads the Division for Human Rights of the EU diplomatic service told CNA.

Several questions raised by attendees focused on China, including its laws aimed at restricting NGO activities and stifling civil society, the use of its growing economic power to silence criticism of its human rights record and Beijing's attempts to weaken global approaches to human rights. 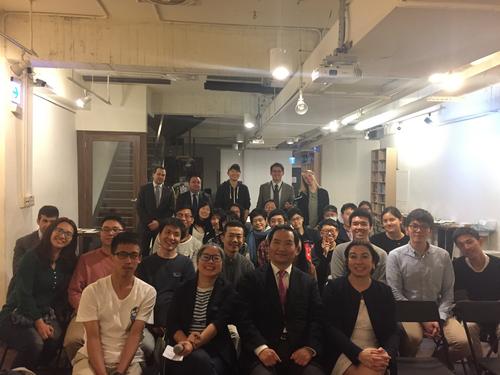 In response, Garcia Perez said that attacks against the universality of human rights come not only from China but many other countries, citing as an example proposals made every year to cut the budget for the Office of the United Nations High Commissioner for Human Rights.

Another example she gave the "Win-Win" resolution -- Promoting the International Human Rights Cause through Win-Win Cooperation -- China recently presented to the U.N. Human Rights Council, which critics said allows states to avoid responsibility for protecting human rights and complying with international norms.

"These attacks come from many places, and we need to be very attentive in international forums in particular," Garcia Perez said.

The decision by South Africa to withdraw from the International Criminal Court (ICC), which was later revoked, the recent move by Philippine President Rodrigo Duterte to pull out of the ICC, and countries introducing laws to restrict the space available to civil society are all worrisome, she added.

Faced with these developments, Garcia Perez said the EU has done two things -- encouraged countries who have good practices in creating an activists-friendly environment to share their experience and collaborated with NGOs to develop strategies to adapt to the new environment.

Asked about cooperation between the EU and Taiwan on human rights, Garcia Perez said the human rights agenda has always been part of the bilateral relationship under the framework of annual non-trade consultations.

Garcia Perez noted that it was late last year when the EU proposed to Taiwan "upgrading our relationship in terms of having more time to discuss human rights issues,"which led to the 1st annual Taiwan-EU Human Rights Consultations. 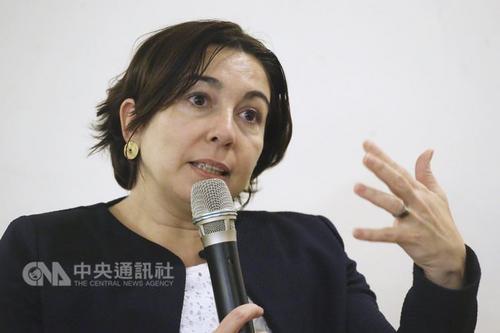 Lo Ping-chen (羅秉成), minister without portfolio who led the Taiwan delegation at the consultations, also attended the discussion Thursday night. The consultations provided an opportunity for both sides to learn from each other's experiences and make progress on protecting human rights, he said.

"We will follow through on the recommendations to address the issue," Lo said.

An issue proposed by Taiwan for discussion was whether the EU would help promote the signing of an agreement on judicial cooperation between its member states and Taiwan on the extradition of suspected criminals, Lo said.

Over the past two years, nearly 300 Taiwanese arrested on suspicion of fraudulent telecoms activities overseas have been deported to China, allegedly due to pressure from Beijing. In December last year, Spain's national court decided to send about 100 Taiwanese suspects to China, citing the "one China principle."

Asked by CNA about the request, Garcia Perez said the EU will raise the issue with member states, but does not have the power to dictate their judicial policy.