Taipei, Sept. 12 (CNA) The Indonesian representative office in Taipei held a reception Wednesday to celebrate the 74th Independence Day of Indonesia by highlighting the friendship and collaboration between the two countries.

Didi Sumedi, representative of the Indonesian Economic and Trade Office to Taipei, said at the reception that Taiwan is one of Indonesia's important partners in terms of trade and education.

"In previous years, in terms of education, we always think of Japan and the United States, but now Taiwan is our education destination for our students," he said.

He cited one of the main advantages for Indonesian students studying in Taiwan is that they have the opportunity to learn Mandarin, which he said is very important because many companies in Indonesia need employees who speak the language.

"There are many people who hail from ethnic-Chinese heritage in Indonesia and they will be happy to have employees who can speak Mandarin," he added.

In addition to Mandarin, Indonesian students can also gain a lot from studying science and technology, and agriculture in Taiwan, Didi said.

Currently, there are some-10,000 Indonesian students studying in Taiwan, Didi said.

In terms of Indonesia's economy, the country has been enjoying 5 percent economic growth in recent years, he said, adding that the results have been achieved because of the support of countries like Taiwan.

Hsu Szu-chien (徐斯儉), Taiwan's deputy foreign minister, shared similar sentiments in a speech, saying that Indonesia is Taiwan's 14th-largest trading partner, with bilateral trade in 2018 reaching US$8.9 billion, up 8.7 percent from US$8.12 billion from the previous year.

"According to statistics from the Investment Coordinating Board of Indonesia, Taiwan made 179 direct investments valued at US$22.21 million in Indonesia in the first quarter of this year, representing a 113 percent year-on-year increase," he said.

"Taiwan is eager and able to play an important role in Indonesia's flourishing economy," Hsu added. 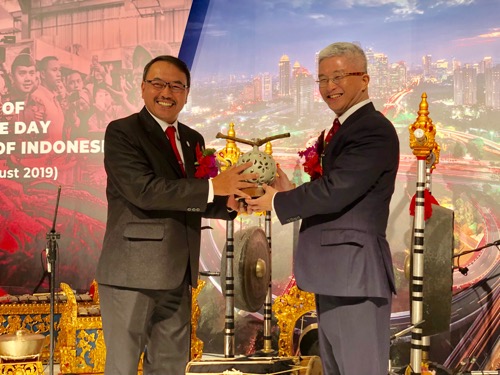 The reception also showcased Indonesian cultural and musical performances to welcome and greet guests, in addition to formally opening the event.

After the performances, Indonesian food was served along with many other dishes with international flair.

The proclamation of Indonesian Independence was announced Aug. 17, 1945, which marked the start of diplomatic and armed resistance against the forces of the Netherlands that ended over a hundred years of colonial rule. 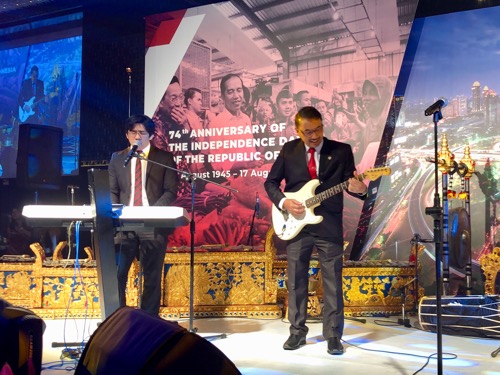 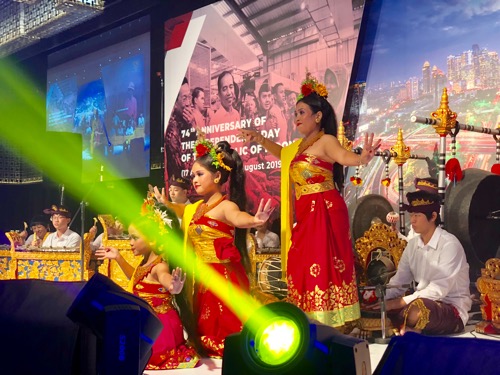