Taipei, July 24 (CNA) New performing arts troupe Fun Fun Together (樂遊聚夥伴) is set to stage an interactive children's show based on the adaptation of the fairy tale "Little Red Riding Hood" that allows children to explore the theater and take part in the performance.

The interactive show, called "There's No Big Bad Wolf Here," opens Thursday and will be performed three times a day until Sunday, July 28 at Zhongshan Hall, as part of the 2019 Taipei Children's Arts Festival (TCAF).

It will be the first ever production of the group, which according to the TCAF's website is focused on experimentation and diversity in children's plays.

Director Chen Yu-dien (陳煜典) said the group's first show is special in that children get to follow the characters through the venue of Zhongshan Hall, which has been decorated with installations to complement the story.

"We are making use of the design of Zhongshan Hall to create scenes that appear in the story. There are two routes for the children to explore, which takes them to different areas of the hall that have their own settings within the context of the story," Chen said.

Built during the Japanese colonial era in 1928, Zhongshan Hall was designated as a national second-grade historical site in 1992, according to Taipei's Department of Information and Tourism website.

The areas of the hall being used as part of the show include all of the first floor, parts of the second floor and the outdoor area, and the venue's Zhongzheng Auditorium, Chen said.

Children will be able to stop in a total of five areas to take part in the show, he added.

Fun Fun Together conducted a dress rehearsal of the show Wednesday in which children were invited to glide down a small slide to the audience seating area to enjoy a musical number by the main characters, including the "Big Bad Wolf."

After the musical performance, the children were brought in front of the stage to play percussion instruments, including the xylophone and drums.

A woman, who identified herself as "Mindy," took her five-year-old son to the rehearsal and complimented the show as being very interactive and different from shows she had experienced in the past.

"The show allows children and adults to be a part of it by interacting with the performers, which is different to the traditional way of just sitting in a seat and watching," she said.

The show follows another version of the performance that was held Saturday and Sunday for toddlers (children aged 0-3), according to the TCAF website.

The 2019 TCAF, being held from June 29 to Aug. 4, is an annual six-week festival that takes place around July to present live performances, exhibitions, and workshops. The family-friendly event is celebrating its 20th anniversary this year. 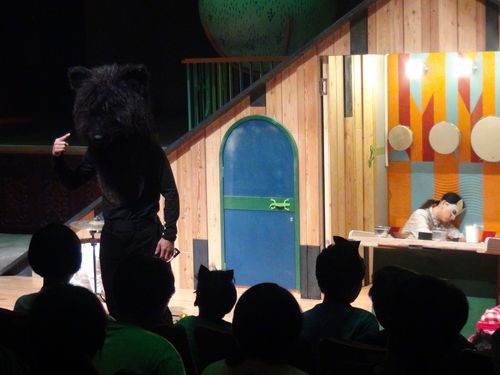 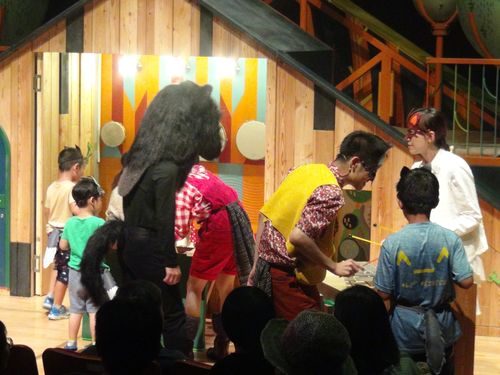 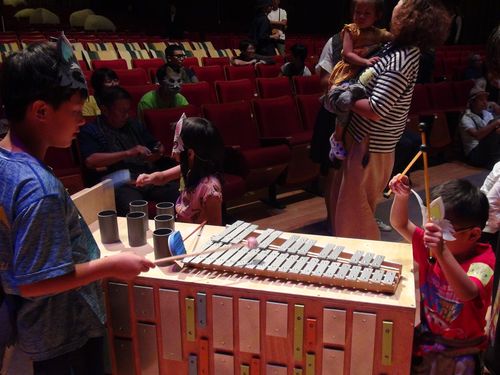