Taipei, May 26 (CNA) Over 500 members of Taipei's Catholic migrant community celebrated a religious Filipino festival with colorful costumes and flowers in a procession Sunday in honor of the Virgin Mary.

The Santacruzan, an annual religious and historical pageant embraced by Filipino communities worldwide, was organized by St. Christopher's Church (SCC) in Taipei, which has been hosting the event since 1996. 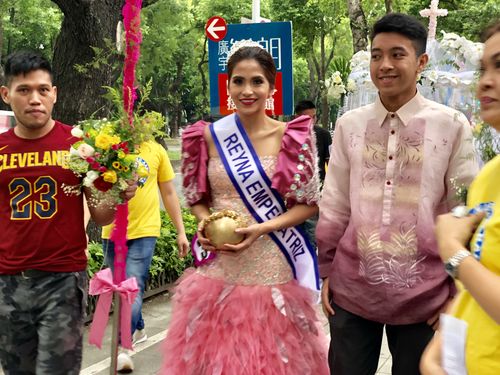 Nene Ho, editor-in-chief of the Filipino magazine "The Migrants," said the meaning behind the Santacruzan is to honor the recovery of the cross on which Jesus Christ was crucified and to also to honor the Virgin Mary. 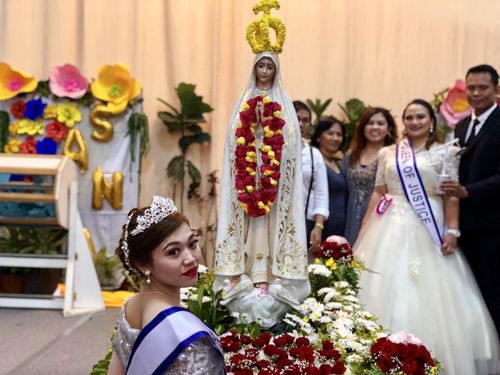 "Every month of May, we celebrate a flower festival and we offer this to the Virgin Mary," said Ho, who has been a member of SCC for nearly 40 years. 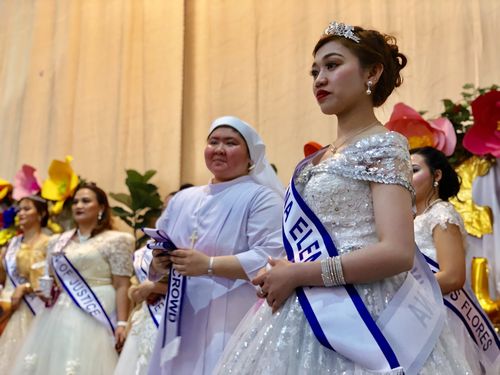 This year, a total of eight candidates, who are known as sagalas -- maidens in costume -- participated in the Santacruzan. The candidates were scored by a panel of judges based on how they presented and introduced themselves onstage and answer questions. Based on their scores, they were selected to represent various Christian figures or values. The person with the highest score, Mariefe Jamil Agad, got to represent Saint Helena, the mother of Roman Emperor Constantine the Great, who is said to have recovered and identified the True Cross, upon which Jesus was crucified. 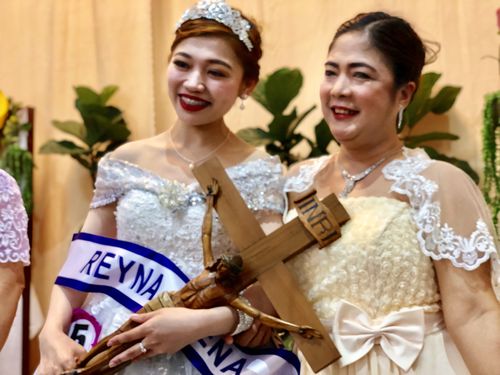 After the judging process, the sagalas then led the procession along Zhongshan North Road, representing the Christian figures, values or beliefs assigned to them. 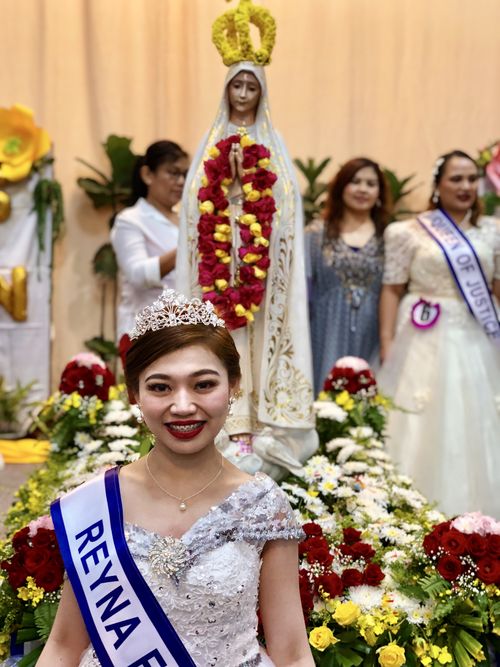 Sister Kim Patricia Habana, one of the main organizers of the festival, said the Santacruzan at SCC is very special because it attracts not just Filipinos, but also members of the Vietnamese community. 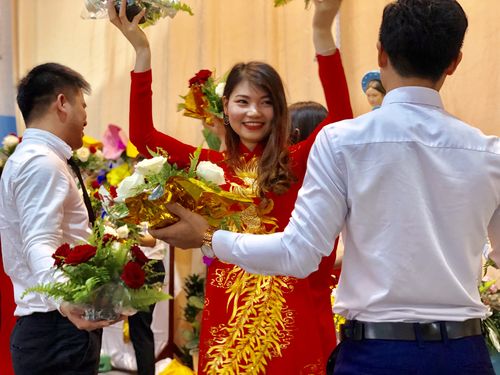 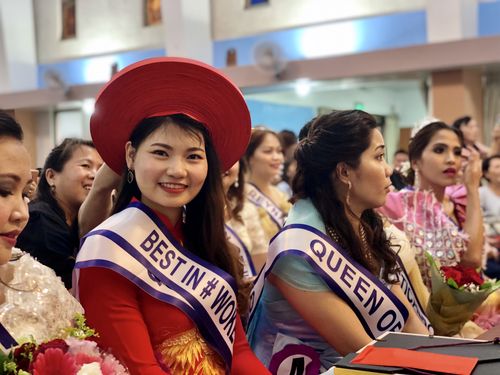