Taipei, Sept. 5 (CNA) Taiwan's national football team suffered a defeat on Thursday in its first game in the second round of qualifiers for the 2022 world cup.

Taiwan lost to Jordan 2-1 at Taipei Stadium in the first of a series of matches to be played to qualify for FIFA World Cup Qatar 2022.

The home crowd cheered and roared every time Taiwan took the ball to the other side of the pitch, but the team were shut out by tight Jordanian defensive play in the first half.

Jordan's first goal was scored by forward Baha Faisal Seif 18 minutes into the match, followed by another at 36 minutes from forward Ahmad Sameer Saleh.

The first half ended 2-0 with Jordan in the lead. 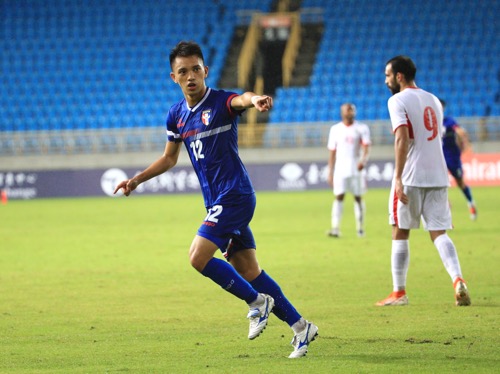 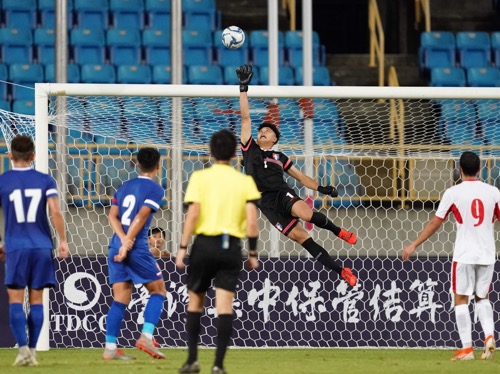 Jordanian superiority continued into the second half, with play mostly in Taiwan's half of the pitch.

Taiwan forward Chen Hao-wei (陳浩瑋) kept the home crowd on the edge of their seats in the second half with his fast and swift footwork before being carried off with an injury to his left leg.

The home crowd gave a warm round of applause when Chen was helped from the pitch by Jordanian goalkeeper Amer Shafi. He was replaced by substitute forward Li Mao (李茂).

Braving the rain, Taiwan threatened a comeback when mid-fielder Wen Chih-hao (溫智豪) scored in the 80th minute of regular play.

Louis Lancaster, head coach of Taiwan's national football team, said that despite losing, the match showed Taiwanese that their team can be competitive in big games.

"Tonight, Jordan was the favorites," he said, "But actually on Tuesday we are going to be the favorites, so we need to come early and win the game in 20 minutes, because the longer the game goes on the favorites put pressure on themselves."

"We need to look at how we can attack, how we can work in transition and how we can kill this game literally as quickly as possible," Lancaster said.

"I give big compliments to this guy," he said.

"I would also like to give big compliments to the people of Taipei, the fans, because of the way they give positive support to their team," he said. "They are always positive about their players by showing support in a positive way, I have only seen this twice in my life, and I love it."

Over 5,520 people attended the match, according to statistics announced by the stadium. 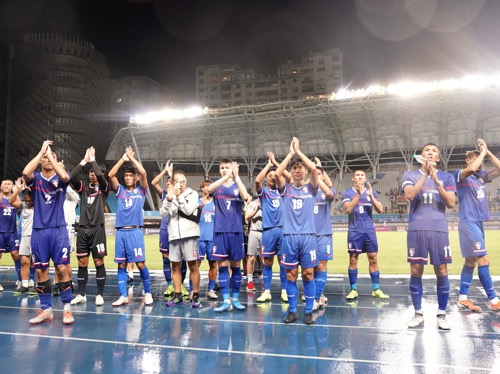 Taiwan is currently ranked 125th in the FIFA world rankings, while the Jordan is ranked 99th.

The winners of the eight groups and the four best group runners-up progress into the next round, round three.