NBA players give lesson on shooting, dribbling in Taipei

Taipei, Aug. 28 (CNA) NBA basketball players Danny Green and Terry Rozier took hundreds of Taiwanese basketball fans back to school by showing them how to shoot and dribble at a fan meet and greet session outside the iconic Taipei 101 building in Taiwan's capital on Tuesday.

"Everybody thinks shooting is arm-based, but you got to use your legs, that's where the trick is," said Green, who signed to the Los Angeles Lakers last month after winning his second NBA championship with the Toronto Raptors earlier this year.

Shooting is about consistency and a basketball player should aim to shoot the ball the same way every time, he said, adding that balance is very important and located in the lower part of the body.

Rozier, who was traded to the Charlotte Hornets last month from the Boston Celtics, showed how to dribble the basketball, including demonstrating how to set up the Eurostep basketball move.

"I try to keep it (the ball) on my fingertips and I never let it touch my palm, so this way you have full control over it," Rozier said.

The Eurostep is about trying to get the defender to keep his eye on the ball by dropping the ball to create a fake move and then quickly going for the drive the other side, Rozier said as he demonstrated. 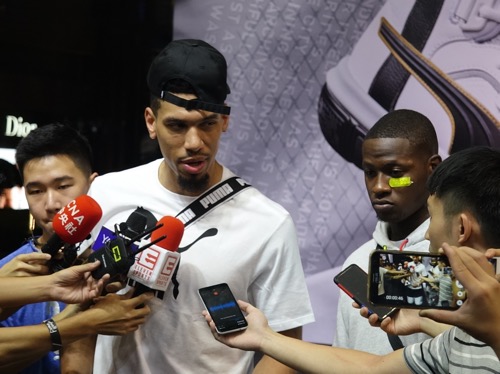 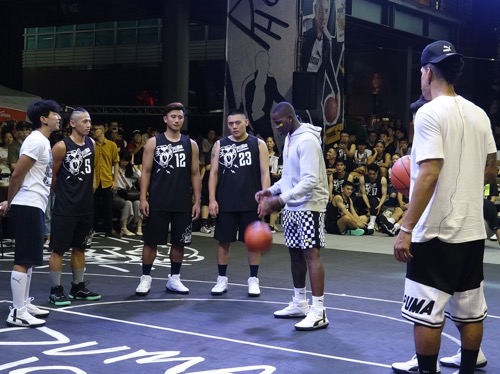 While talking to the media, Rozier, who is on his first trip to Taiwan, expressed his fondness for the country and its people.

"I like the culture down here, welcoming us with open arms and how much love you guys showed us. That has been special and one of the most important things to me," Rozier said. "We just came from Beijing, it's a little different, but I'm liking Taiwan a lot."

Green, who is on his second trip to Taiwan, following an earlier visit in 2013, said "It's the hospitality for sure, that is what impressed us since we touched down."

He also encouraged Taiwanese children who loved to play basketball to stay motivated and practice because one day it may take them to new heights, Green told CNA.

"It's inspiring to us, we appreciate the love and support, and to see them change their schedule and daily hours to watch us play as well as to incorporate it (basketball) into their lives," Green said.

Green and Rozier arrived in Taiwan Monday for promotional events for sporting brand Puma and are scheduled to leave Wednesday. 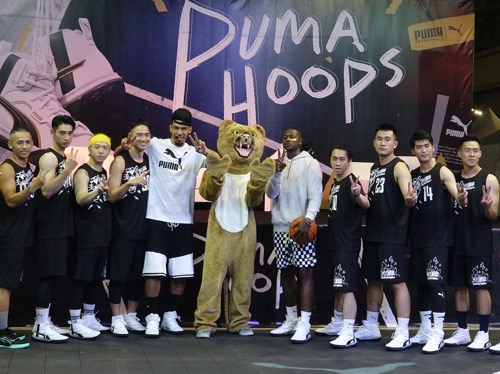