Taipei, July 29 (CNA) Thousands of people had been evacuated and over 100,000 households had experienced power outages as of Saturday evening as Typhoon Nesat swept across Taiwan, according to the Central Emergency Operation Center.

Meanwhile, a total of 101,910 households in Taiwan had experienced power outages, but more than 40,000 households had had their power restored as of 9 p.m., leaving over 61,000 without power, according to the center. 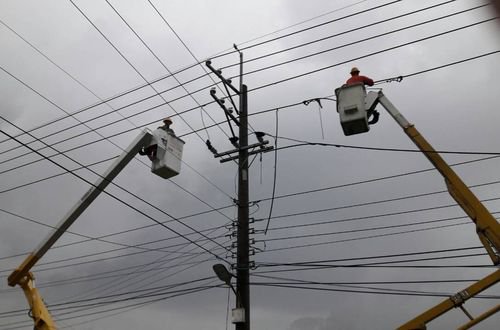 The main areas where the power outages struck were Yilan, Pingtung and Hualien counties, and New Taipei.

Typhoon Nesat, the ninth storm to develop in the Pacific this year, made landfall at 7:10 p.m. at Su'ao Township in Yilan County, northeastern Taiwan.

The Central Weather Bureau predicted that accumulated rainfall could reach 600 millimeters in Pingtung County, and 500 mm in Kaohsiung City, Yilan County and Hualien County from 8 p.m. Saturday to 8 p.m. Sunday. 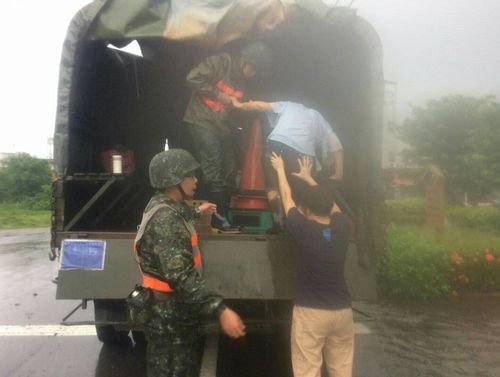 [Photo courtesy of the military]

Accumulated rainfall in mountainous areas of Kaohsiung and Pingtung County could reach up to 1,200 mm from July 28-31, according to the bureau.