Taipei, July 11 (CNA) The number of people who identify as "Taiwanese" has increased after falling for four years, according to a survey released by National Chengchi University Wednesday.

The bill, now suspended but not formally withdrawn, has raised concerns that it could allow some suspects to be sent to China for trial, but more importantly has underscored for many in Taiwan the impossibility of China's "one country, two systems" approach to cross-Taiwan Strait relations. 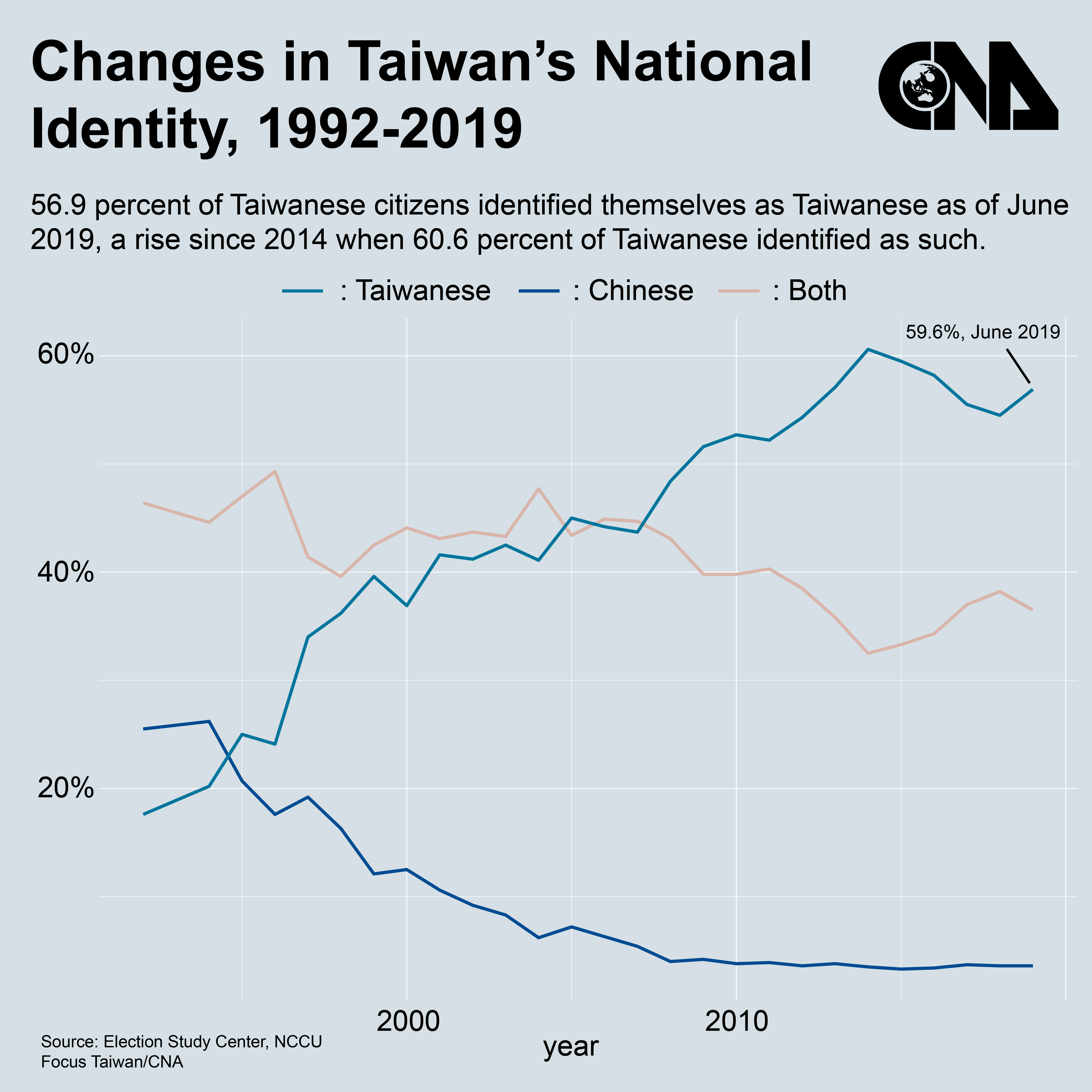 Taiwanese identity rises for the first time in four years

In his speech, Xi said both sides of the Taiwan Strait belong to one China and should work toward unification under the "one China" principle.

In 1992, the year ESC began to conduct the poll, only 17.6 percent of respondents identified themselves as Taiwanese, while those who referred to themselves as Chinese or both Taiwanese and Chinese accounted for 25.5 percent and 46.4 percent, respectively, according to the center.

Taiwan held its first direct presidential election in 1996 and was won by then-Kuomintang (KMT) leader Lee Teng-hui (李登輝), the first president of the Republic of China to be born in Taiwan.

Moreover, Taiwanese history textbooks have become more Taiwan-centric since the pro-independence Democratic Progressive Party (DPP) came to power for the first time in 2000.

In 2005, when the DPP's Chen Shui-bian (陳水扁) was president, 45 percent of respondents identified themselves as Taiwanese, exceeding for the first time the number who identified as both Taiwanese and Chinese, ESC said.

There was a steady uptick in the number of people self-identifying as Taiwanese from 2007, ESC noted, while from 2006, polling results have shown a downward trend in the number of respondents who consider themselves to be both Taiwanese and Chinese.

The number of respondents who refer to themselves as Taiwanese reached an historic high of 60.6 percent in 2014, under President Ma Ying-jeou (馬英九) from the KMT, the number then fell until June 2019.

(By Yeh Su-ping and Chung Yu-chen)