Taipei, Oct. 4 (CNA) Over 100 pieces of Australian Aboriginal artwork painted on tree bark were shown at the opening of an exhibition in Taipei on Friday, to promote indigenous culture, according to the organizers.

The "Old Masters - Australia's Great Bark Artists "exhibition of 134 pieces of artwork, which were mainly painted on tree bark of various sizes, as well as clay figurines, opened on Friday at the National Taiwan Museum in Taipei.

Margo Neale, head of the Center for Indigenous Knowledges at the National Museum of Australia, which co-organized the exhibition, said the artworks primarily come from the Arnhem Land region of the Northern Territory of Australia, the traditional home of the Yolngu indigenous people.

"It is a very highly sophisticated way of passing on culture that survives today. These bark paintings are like messages on note papers where you write information to tell other people things," she said.

The bark paintings are like encyclopedias because they hold the identity of the artist, Neale said, adding that if a person is knowledgeable enough then they will see the information embedded in the painting.

Explaining the meaning of one of the artworks "Djan'kawu Cross Back to the Mainland" painted by Djunmal in 1966, Neale said it describes a mythical story of two sisters who came to Australia and dug holes in the ground to provide the land with irrigation water.

"If you look, you can see the water holes and the digging sticks and all of these different patterns refer to salt or fresh water, and mud plains," Neale said. "So it's a geographical map of a particular coast on the top of Australia." 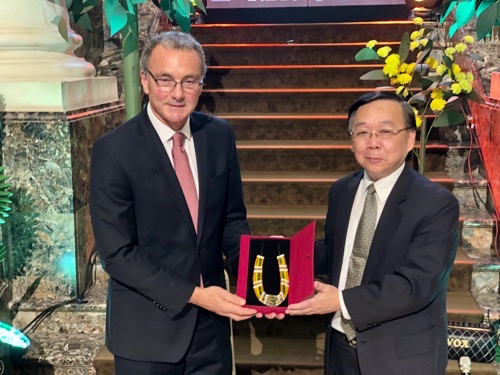 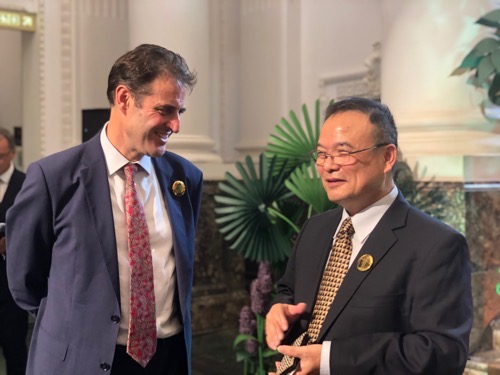 Deputy Culture Minister Hsiao Tsung-huang (蕭宗煌) said that the indigenous community of Taiwan and Australia are closely related by anthropology and genetics.

"They both went through a colonial period. However, both communities produce tremendously outstanding and talented artists, Hsiao said.

"In the past, due to the dominance of western art history and perspectives, the art of these two (indigenous) communities were overlooked," he said.

"The National Taiwan Museum and the National Museum of Australia are extremely proud to present this exhibition with the highest respect to indigenous communities," Hsiao said.

The "Old Masters - Australia's Great Bark Artists" exhibition will run until Feb. 9, 2020 before the artworks are returned to Australia. 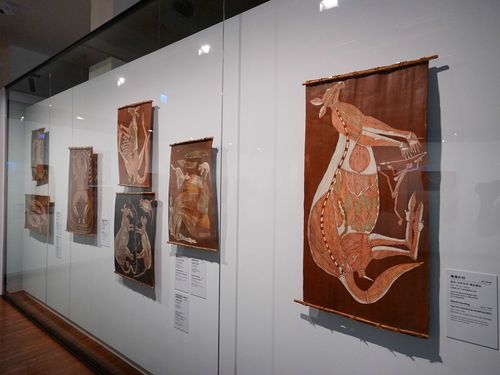 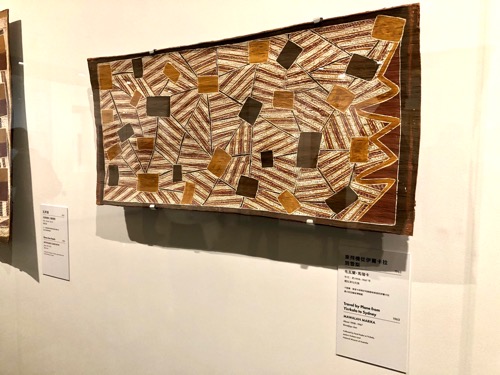