Taipei, Aug. 6 (CNA) An exhibition showcasing approximately 50 pieces of ceramic art opened in Taipei Tuesday with a mission statement to deepen public understanding about the development of ceramic art in Taiwan, according to the organizers.

The "Lineage of Fire: Origin of Biennial Exhibitions of Ceramic Art in Taiwan," held Aug. 6 - Sept. 22 at the Taipei Branch of the National Taiwan Craft Research and Development Institute, features close to 50 works of ceramic art.

It is also organized as a retrospective of biennial ceramics exhibitions held in Taiwan over the years, according to the National Museum of History (NMH).

NMH director Liao Hsin-tien (廖新田) said the exhibitions were important because they reflect the development of Taiwan's ceramic art, which showcases a mixture of eastern and western art.

"From the many Taiwanese pieces exhibited, we can see they reflect modern issues or themes, but because we are heavily influenced by Chinese culture in traditional ceramic art, it still reflects a certain eastern vibe," he said. "It also reflects the issues that resonated with Taiwanese society at the time."

"Actually these exhibitions are a platform for international exchange because they showcase Taiwan's traditional ceramic art and its integration of modern elements," he said. "This platform can also introduce ceramic art from other countries into Taiwan."

Citing an example, Liao said one of the pieces showcased at the exhibition, "Making Porcelain with an Origami-H" by Japanese artist Igarashi Hitomi, was originally featured at the 2014 Taiwan Ceramics Biennale and strongly reflects Origami-related ideas.

"It looks like origami but actually it's ceramic, so it describes the world through the medium of ceramics," he said. "This piece displays a strong Japanese flavor, which resonates a sense of zen."

"There is also a feeling of transformation or an illusion, because when I view it I see the traditional straw hat of a Taiwanese farmer."

In addition to Taiwan and Japan, works on display come from several other countries and regions including the Netherlands, the United States and Hong Kong. 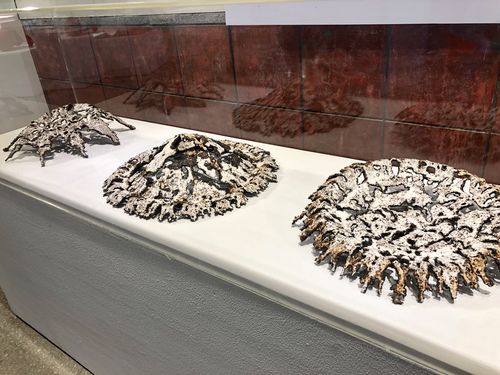 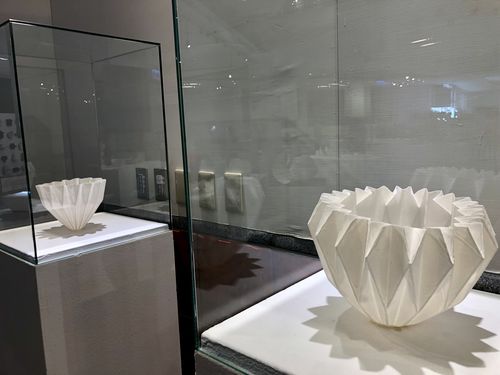 Making Porcelain with an Origami-H