Taipei, Sept. 8 (CNA) Home favorite Chou Tien-chen (周天成) clinched the men's singles title at the Yonex Chinese Taipei Open 2019 after a comfortable victory over his South Korean opponent in the final in Taiwan's capital on Sunday.

"Taiwan! Lets Go! Chou Tien-chen! Lets go," the crowd cheered throughout the match, while thunderous applause filled Taipei Arena at the end of every rally the Taiwanese shuttler won.

With the raucous support of the home crowd, which included President Tsai Ing-wen (蔡英文), Chou continued to dominate, winning the second game 21-13.

Chou, who won 42 of 67 rallies, said even though he walked into the match ready for three games, he was able to put pressure on his opponent and force him to make errors early on.

He also praised the support he received from the home crowd. "Taiwan will just get better and better and I hope my performance can get into your hearts," Chou said. "I will continue to do my best and hope to win a medal at the upcoming Tokyo 2020 Olympics."

Chou clinched his third men's singles title at the tournament Sunday after previously winning the title in 2016 and 2017. He came third in 2018.

In mid-July, Chou scored one of the biggest victories of his career when he won the Blibli Indonesia Open, a top-tier BWF Super 1000 event, followed by a BWF Super 500 event in Thailand.

Meanwhile, Heo said he was under a lot of pressure because the home crowd was cheering for Chou with the arena was nearly at full capacity.

"Even though I was looking forward to my first BWF Super 300 final, at the same time I was still nervous," Heo said.

It was the first time a Hong Kong pairing has won a title at the tournament since 2007, when Wang Chen won the women's singles.

Fourth-seeded world No. 12 Sung Ji Hyun of South Korea claimed the women's singles title after easily defeating second-seeded world No. 9 Canadian Michelle Li 21-11, 21-9 in a match that only took 34 minutes.

Fourth seeded world No. 11 duo Jongkolphan Kititharakul and Rawinda Prajongjai of Thailand put up a tough fight to win the women's doubles title after squeaking over the line against third-seeded world No. 9 pairing Kim So Yeong and Kong Hee Yong. 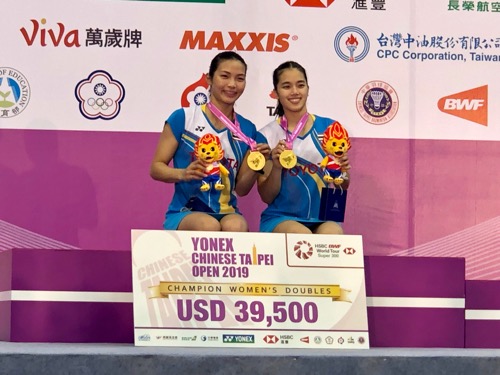 Goh and Tan were down by six points in the third, but managed to turn the tables and win the tie breaker to secure the victory.

The Malaysian pair won the men's doubles title at the Princess Sirivannavari Thailand Masters 2019 in Bangkok in January when they defeated Taiwanese Lu Ching-yao (盧敬堯) and Yang Po-han (楊博涵) in the final. 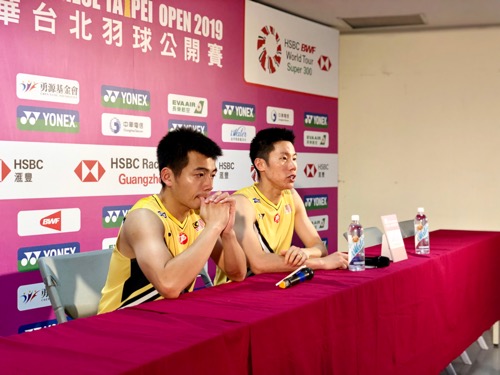