Taipei, Sept. 18 (CNA) Chen Chin-feng (陳金鋒), the first Taiwanese to appear in a Major League Baseball (MLB) game in the United States, retired from the sport after playing his final home game for the Lamigo Monkeys on Sunday.

"I want to thank my manager and teammates. Our time working hard together and the joy, everything we worked for will always be kept in my mind," Chen said after a special ceremony held to mark his retirement.

The slugger also thanked all of the coaches he had during his long career and his family, and said he considered his fans as family.

"Finally, I want to thank my parents for raising and taking care of me. They never wanted me to play baseball, but I thank them because I'm most proud to be their son, Chen Chin-feng," he said.

Noting that Sunday was his mother's birthday, Chen asked the crowd to join with him in singing “Happy Birthday” to his mom.

His club honored him by having all of his teammates wear uniforms with Chen's number, 52, in the Monkeys’ home game against the EDA Rhinos in Taoyuan.

During a ceremony marking Chen's retirement, Lamigo Chairman Liu Pao-yu (劉保佑) announced that Chen's number will be retired by the team.

Lamigo General Manager Justin Liu (劉玠廷) said he hoped Chen will remain with the organization as a coach.

In a Facebook post before the game, President Tsai Ing-wen (蔡英文) praised Chen for bringing people in Taiwan together and said he embodied "the spirit of Taiwan in our time."

In his final game as a professional, a 13-9 Monkeys loss, Chen struck out three times and drew a walk in his four plate appearances as the team’s designated hitter. 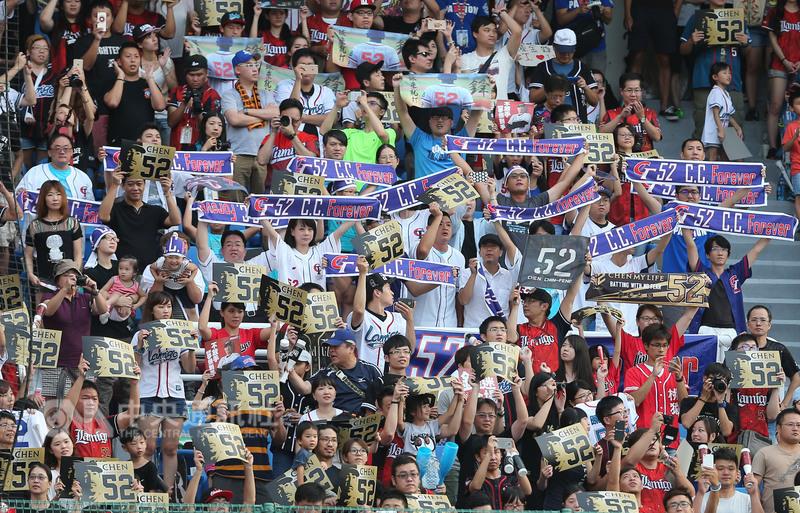 The previous record of 20,000 was set in Kaohsiung on March 27, 2013 when former major leaguer Manny Ramirez played his first game for the Rhinos at the team's home park.

Chen also saw his CPBL record of hitting 100 home runs in the fewest number of games – 453 – shattered by the Rhinos' Kao Kuo-hui (高國輝), who smashed the 100th homer of his CPBL career on Sunday in his 364th game.

As he crossed home plate, Kao raised his hands and showed the number 52 to salute Chen. 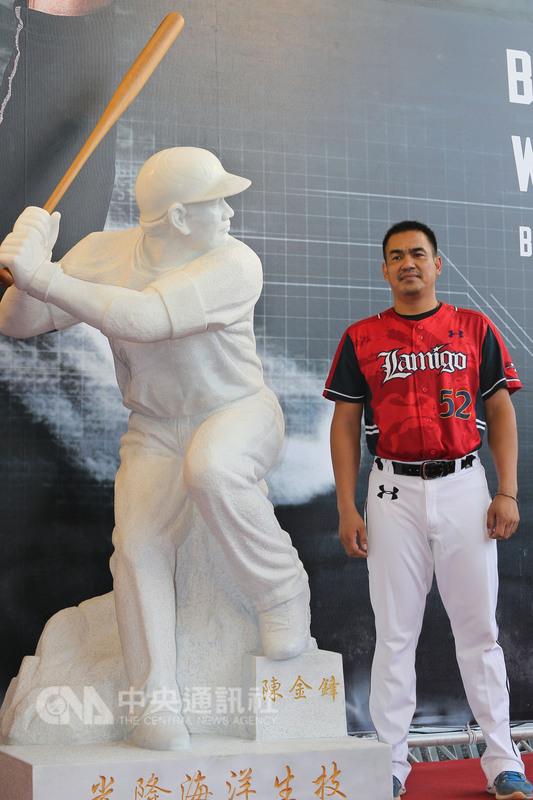 Before the game, the Monkeys unveiled a four-ton white marble statue of Chen swinging a bat, titled "Chen My Life," as a tribute to the player's 30-year baseball career.

Though Chen was clear on his intention to retire, Lamigo manager Hung Yi-chung (洪一中) did not rule out calling Chen back to the team if it makes the playoffs and Chen is physically able to play.

"If Chen’s physical condition allows it, I would definitely want to have him for the championship series," Hung said.The four-team CPBL holds a “Taiwan Series” at the end of the year pitting the league’s first-half champion against its second half champion.

The Chinatrust Brothers secured a spot as the best team in the first half of the season, and the Monkeys right behind the Rhinos (after play on Sept. 20) in the race for the other spot.

The 38-year-old announced his plan to retire during a TV interview in January, shortly after he opted to become a free agent in November 2015 following the conclusion of the previous season.

A Tainan native, Chen began playing baseball during his elementary school days and was a member of the Taiwanese team that won the Little League World Series in 1990. He later competed at many different levels of the sport. 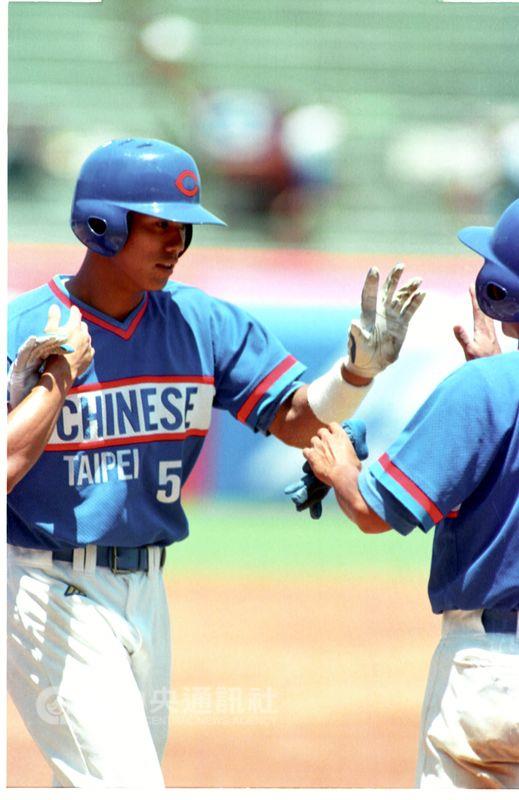 He caught the eye of major league scouts at the 1998 Asian Games in Bangkok when he homered off of South Korea’s Chan-ho Park, who had already established himself as a frontline starter for the Los Angeles Dodgers.

Chen signed with the Dodgers in 1999 at age 21 and played for the organization’s minor league clubs before making his big league debut on Sept. 14, 2002.

Once considered the most promising player in the Dodgers farm system, Chen hit only .091 in 19 scattered appearances with the big league Dodgers from 2002 to 2005 and was eventually released.

He decided to return to Taiwan after trying out with a team in the Japanese professional league. In 2006, Chen signed a three-year NT$30 million (US$946,551.40) contract with the La New Bears to become the highest paid player in CPBL history at the time. 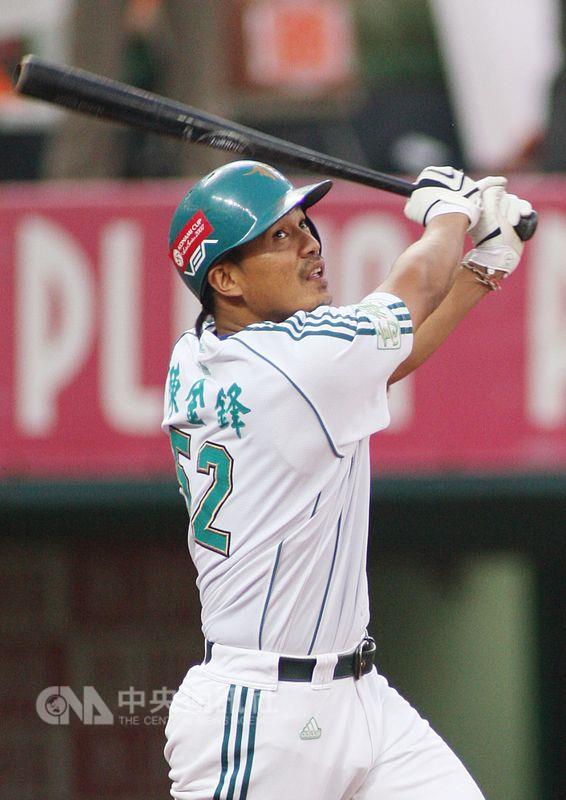 [Chen Chin-feng hits a three-run homer for the La New Bears in the sixth game of the CPBL championship series in Kaohsiung. CNA photo Oct. 27, 2007]

The Bears, which became the Lamigo Monkeys in 2011, won the team's first championship after the arrival of Chen, who hit 21 home runs in 91 games in his first season with the club. 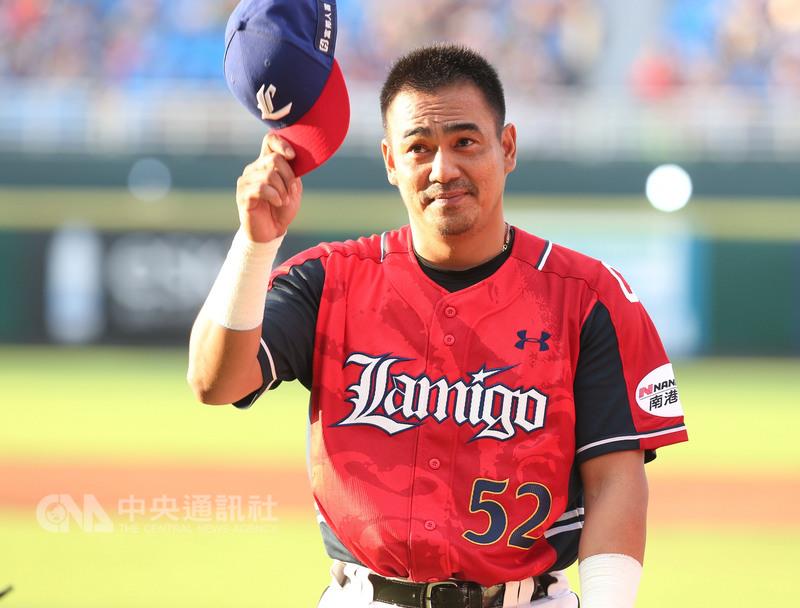