The 41st William Jones Cup 2019 kicked off July 12 and is scheduled to run through July 21 in Changhua and New Taipei for the mens event, while the women's competition will be held July 24-28 in New Taipei.

Charles Tiu, head coach of Mighty Sports, which also won every game and took the mens title at the tournament in 2016, said "Every time I come to the Jones Cup, I see many Filipino fans. I know they travel very far to come to support us, and it is really an honor to be able to play for them and to represent them."

The majority of fans that come out to support Filipino teams are migrant workers and according to Ministry of Labor statistics, there were 153,865 Filipino migrant workers in Taiwan as of the end of May.

It means a lot to him and the team when fans come to support them, so they will do their best to win another title for the fans and the Filipinos in Taiwan, Tiu said, adding that when they were playing in Changhua he saw many Filipinos in the audience and now with the rest of their games to be played in New Taipei, he hopes even more fans will come to show their support.

"I know how much they support us and how much they love us, and we can say the same thing about them. We play for them because they really inspire us by what they are going through such as personal sacrifices for the better lives of their families," he said. 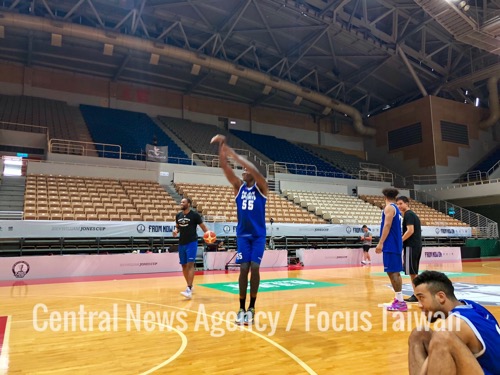 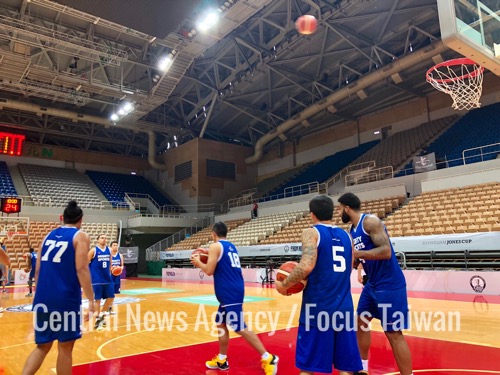 "We really appreciate everything that they have done for the Philippines and we always inspire ourselves to play better for them."

Filipino migrant workers in Taiwan remitted US$245.73 million (NT$7.64 billion) back home from January to May, up US$15.65 million from the same period a year earlier, according to data from the central bank of the Philippines.

Gabriel Banal, who plays small forward for Might Sports, had a similar message for Taiwan's Filipino migrant workers to remind them the people in the Philippines are proud of them

"To all the Filipino migrant workers here in Taiwan, we are here to represent you guys. Just continue to work hard for your families back home and I am sure they are proud of you," he said.

Joseph Yeo, who plays guard for Mighty Sports, said basketball is one of the most popular sports in the Philippines and when he is overseas competing he sees many overseas Filipinos supporting his team.

Renaldo Balkman, an American NBA veteran, who is currently on the Mighty Sports roster, also showed his appreciation of Filipino migrant workers in Taiwan by saying he always tries to give fans what they want and loves the way they come out to support the team.

"We just want to put on a show for them, as they are out here working, grinding, and getting what they need to get done for their families back home. It's all love when we put a smile on their faces and make them happy," he said.

Norman Aaron Black, who plays guard for Mighty Sports, said he hopes Filipinos in Taiwan will be able to show extra support at the two upcoming games against Taiwan I and Taiwan II on Saturday and Sunday, respectively. 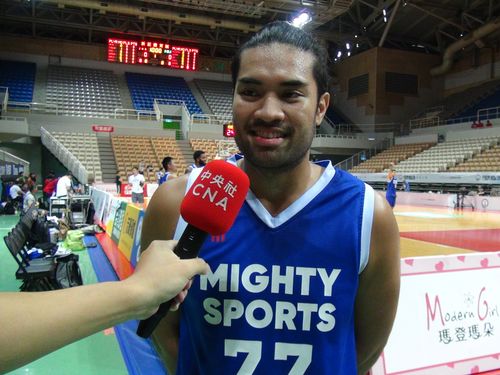 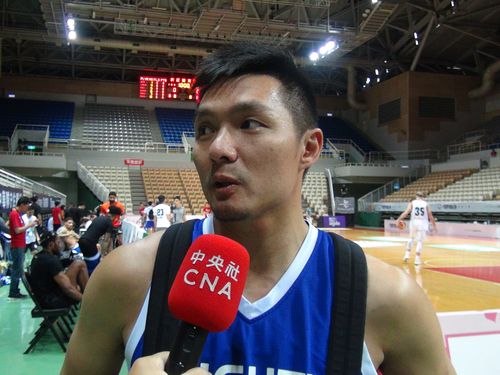 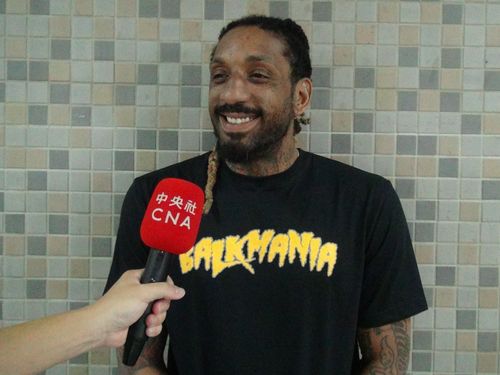 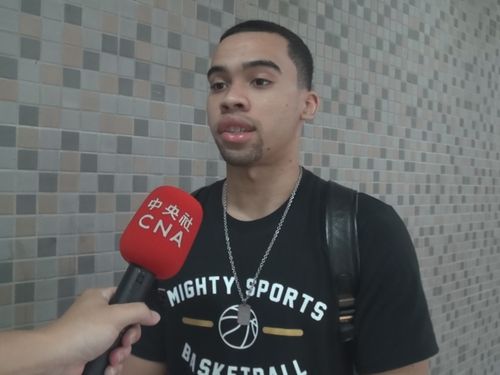 "Thank you for coming out to see us play we hope that you continue to support us for the next three games, especially the games when we play against the Taiwanese teams because it is going to be their home court," he said.

The Mighty Sports will next face Indonesia on Friday at Hsing Chuang Gymnasium in New Taipei.

In addition to taking the Jones Cup title in 2016, Mighty Sports also finished with a bronze medal at the Dubai International Basketball Tournament in February, according to the team's official website.