Indonesian officials step up efforts to assist nationals in Taiwan

Taipei, July 10 (CNA) An official at the Indonesian Economic and Trade Office (IETO) in Taipei which looks after the welfare of Indonesian citizens in Taiwan urged its nationals Wednesday to reach out for help if they encounter abuse or exploitation.

Fajar Nuradi, director of the Indonesian Citizens Protection and Social Cultural Department at IETO, urged Indonesian citizens in Taiwan to report any abuse to his office, saying his office will do its best to assist them.

Nuradi said that last week he met with Indonesian students studying at Changhua County's Chienkuo Technology University that have allegedly been forced to work excessive hours and had their passports confiscated by a labor broker.

He was informed of the situation in May and helped the students collect information and report the case to Taiwan's Ministry of Education (MOE), Nuradi said.

The ministry was notified of the case in June and after an investigation passed it to prosecutors, MOE said.

Nuradi also mentioned other cases reported in the international media where Taiwanese universities have been found to have recruited students through brokers to study on Taiwan's New Southbound Policy industry-academia collaboration program to then make them work in factories.

"That is our request to the MOE, for the time being to not accept Indonesian students on the four year program," he said. 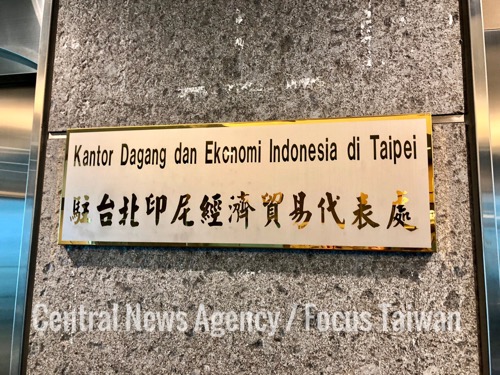 Without directly confirming Nuradi's claim, Hsieh Li-chun (謝麗君), a section chief in MOE's Department of Technological and Vocational Education, said that the Indonesian government believes the 18-year-old high school graduates are still young and may find it difficult to adapt to life and culture in Taiwan.

Meanwhile, since the start of the 2018 academic year, a trial program has been initiated for Indonesian students with a junior college diploma or those who have completed a two or three-year course of study at university or college in Indonesia to enroll on two-year technical programs in colleges in Taiwan, she said.

The students are over 20 years of age and should be able to adapt better, she added. 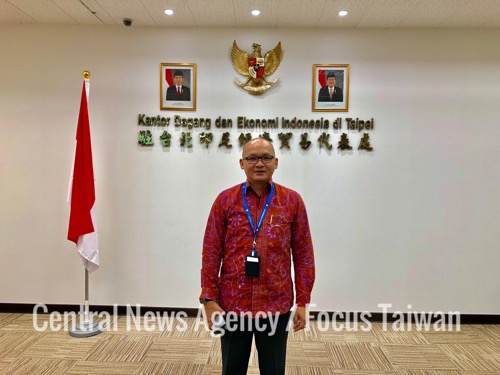 Fajar Nuradi, director of the Indonesian Citizens Protection and Social Cultural Department at the Indonesian Economic and Trade Office (IETO) in Taipei

Nuradi referred to the program as the "two plus i."

"The meaning of the 'two plus i' program is that the students study for two years to achieve a bachelors degree, while the 'i' stands for internship, where they earn money for their tuition and living costs," he said.

He said he has met the 88 students, who have told him that they are happy with the program, and will continue to monitor their conditions.