Children of immigrants break down cultural barriers at Sunday show

Taipei, Dec. 1 (CNA) Close to 90 children from new immigrant families showcased their talents and skills at a presentation in Taipei on Sunday that validated classes held by local foundations designed to help them avoid being marginalized.

The children, ranging from elementary school to university level students, danced, sang, and acted in short plays, reflecting their planning and organizational skills, self-expression and teamwork.

The presentation, organized by the Eden Social Welfare Foundation and the Cathay Charity Foundation, was the outgrowth of classes held by the foundations for children of immigrant parents in Taiwan who may be vulnerable to discrimination because of their family backgrounds.

Held since 2010, the classes have helped the children become more proactive in expressing themselves, and better at interacting with others, as Sunday's performances showed, Chu said.

About 100 students enroll in the classes each year, and the majority of them have a parent who came from China, Vietnam, or Indonesia, Chu said.

"Taiwan has many new immigrants, about 550,000, so the development of their children is very important, because they are very likely to influence the country's direction in the future," she told CNA.

In Taiwan, the term "new immigrants" is generally used to describe the large number of people, especially women, from China and Southeast Asia who have married into Taiwanese families in the past two decades.

Sunday's presentation started with a synchronized group dance with the audience before moving on to a play about migration performed by elementary school children. Tertiary and senior high school students then took over the stage to present a power point that described their week-long volunteer work on a farm during the summer holidays this year in Hsinchu County's Xinfeng Township, during which they helped produce rice.

Other performances included a shadow puppet show by junior high school students that told the story of adopting, caring for and loving animals. 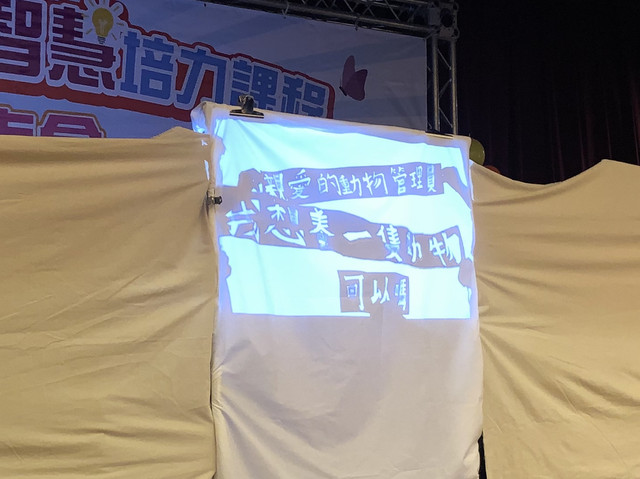 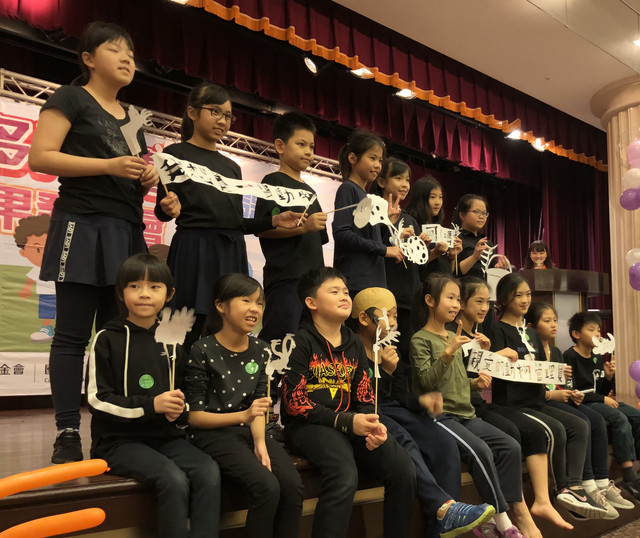 Chu said the classes, and by association Sunday's presentation, show that the children are better able to assimilate into mainstream society and not become marginalized or fall victim to harassment because of their family background, which actually should be to their advantage.

A 15-year-old high school student, identified only as Hsiao Ting (小婷), whose mother originally came from Vietnam, said the classes have helped her learn how to communicate with others.

"If someone asks me where my mother comes from, I will tell them directly that she is a Vietnamese who has been living in Taiwan for a very long time and does not carry any cultural barriers," she said.

Meanwhile, a university sophomore identified only as Hsiao Hsuan (小瑄), whose mother is from China's Hunan Province, said sometimes her classmates ask her where her mother comes from and how her culture differs from Taiwanese culture.

"I explain to them that my mother has been living in Taiwan for a very long time and is no different from a genuine Taiwanese," she said. The Eden Social Welfare Foundation is a nongovernmental organization that aims to promote equality and humanity by helping the disadvantaged. 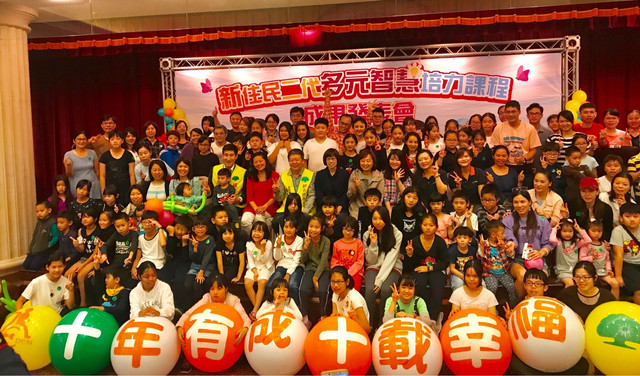