Tainan, Oct. 19 (CNA) The National Museum of Prehistory's (NMP) Tainan branch officially opened on Saturday following a nine-month soft opening, with hundreds of artifacts, including some dating back 5,000 years, on display.

The NMP's Tainan branch, the Museum of Archaeology, built on 2.44 hectares of land within the city's Southern Taiwan Science Park area, showcased some 540 NMP items consisting primarily of artifacts unearthed in the Tainan area, some of which have never been exhibited to the public before.

NMP Director Wang Chang-hua (王長華) said that among the artifacts that are showcased in the opening exhibition are fossils of carbonized rice pellets, which date back 4,300 to 5,000 years ago.

"The rice pellets show us that people lived in the area 5,000 years ago," she said.

The finding is also interesting because it gives an indication to the kind of diet people had back then, Wang said.

Another exhibition highlight is a jade necklace, determined to be 2,100 to 2,800 years old, that is made from tying together 188 pieces of jade.

"The diameter of the jade pieces is roughly 0.2 to 0.6 centimeters. These pieces are originally from Hualien, which is very interesting because it shows that 2,800 years ago, people could find products from Hualien in Tainan," said Sung Yu-chieh (宋昱潔), a research assistant at NMP's Museum of Archaeology.

Another showcased artifact is the "3 superimposed burials," which are the skeletal remains of three adult males buried on top of each other 800 to 1,300 years ago.

Prehistoric burials in the Southern Taiwan Science Park area were located in groups in human settlements, often near the remain of homes and often clustered in the form of superimposed burials that are stacked on top of each other, according to the museum's information guide book.

In the "3 superimposed burials" on display, the individual at the bottom was buried the earliest, while the other two were buried at a time more closer together, Sung said, adding that back then, people who lived in this area had a practice of laying a newly deceased person's body on top of the body of a person who had been buried earlier.

They dug until they are about to reach the first body, then they bury the second body, Sung said. 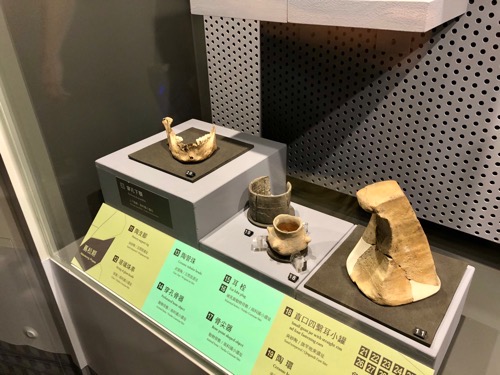 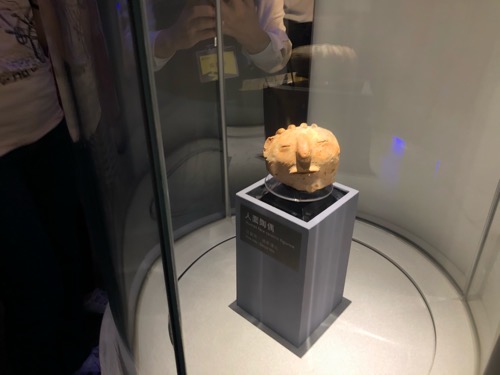 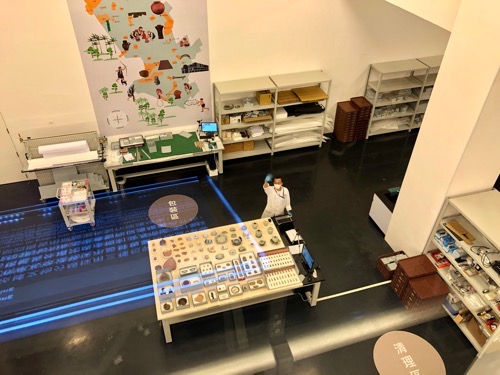 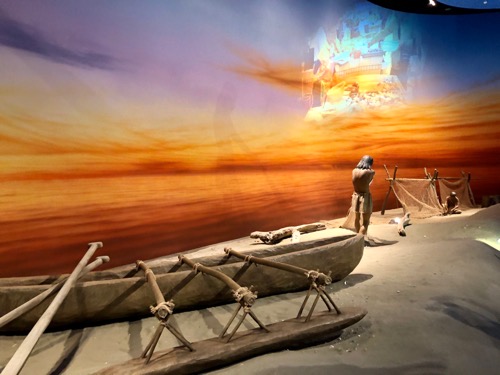 Digging for archeological artifacts in the area began 24 years ago, and so far over 8 million artifacts have been found, Wang said.

To date, a total of 82 historical cultural sites have been discovered in the Southern Taiwan Science Park area, which encompasses over 3,000 hectares of land, Wang said.

"The Museum aims to show the public how people lived in the past thousands of years and hopes to promote the understanding and promotion of history and culture," Wang said. "The museum's collection reflects the pride of Taiwan."

Culture Minister Cheng Li-chiun (鄭麗君) commended the Museum of Archaeology as one of the world's only archaeology museum located within a science park.

"While we are going forward with technology we cannot forget the past of our ancestors," she said, adding the museum is very special because it holds the past 5,000 years of Taiwan's history.

"I hope the Museum of Archaeology can help Taiwanese understand our own history so that it will help guide us in the direction for our future," Cheng said.

Huang Yu-lin (黃于琳), NMP's Museum of Archaeology research assistant, told CNA a total of 540 items consisting primarily of artifacts unearthed in the Tainan area are displayed on the opening day.

They are among some 8 million artifacts of various sizes and ages collected in parts of the science park and the city's Tree Valley Park with many artifacts dating back 300 to 5,500 years, according to Huang.

To celebrate its official opening, the museum is allowing free entry this Saturday and Sunday for all visitors. 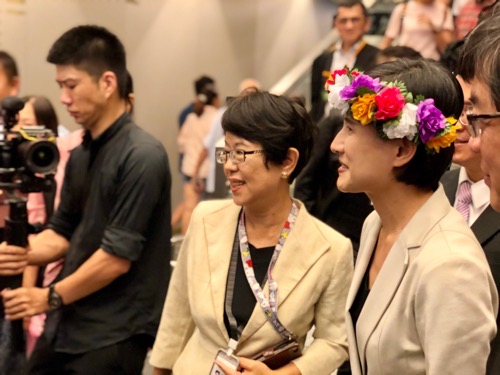 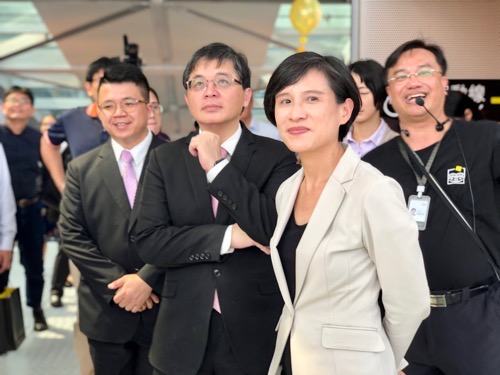