Tainan branch of National Museum of Prehistory to open Oct. 19

Taipei, Oct. 15 (CNA) The National Museum of Prehistory's (NMP) Tainan branch officially opens Oct. 19 following a nine-month soft opening, with hundreds of artifacts on display, according to the head of the museum Tuesday.

NMP Director Wang Chang-hua (王長華) said the Museum of Archaeology in Tainan, which is the NMP's branch in the city, will display a total of 540 NMP items consisting primarily of artifacts unearthed in the Tainan area, some of which have never been exhibited publicly before.

"Over 60 cultural sites have been uncovered in Tainan's Southern Taiwan Science Park area, which covers 1,034 hectares of land," she said. "The concentration of cultural sites in the area is very high, and many artifacts dating back 300 to 5,500 years have been found." 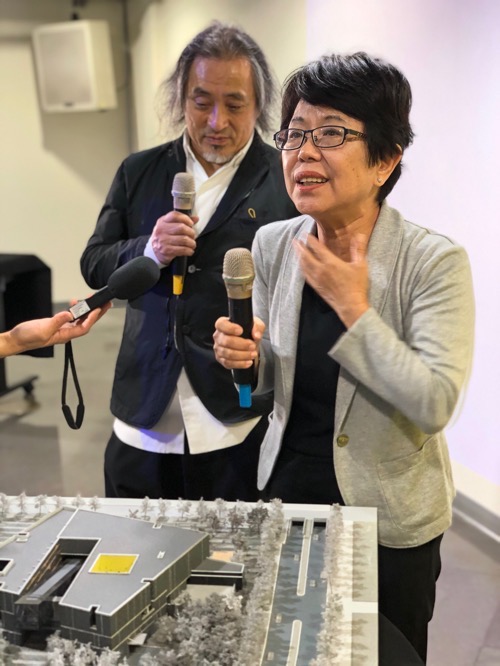 Over 8 million artifacts of various sizes and ages were collected in parts of the science park and the city's Tree Valley Park, according to NPM research assistant Huang Yu-lin (黃于琳).

Among the artifacts being showcased in the opening exhibition are fossils of carbonized rice pellets, which date back 4,300 to 5,000 years ago.

"The rice pellets show us that people lived in the area 5,000 years ago. They were found 7 meters underground around the time when land was excavated during the 1990s in preparation for the building of Taiwan's high speed rail system," Wang said. Also on display and offering evidence that people lived in the area up to 5,000 years ago are crystallized parts of bone found in fish heads, Wang said, of particular interest because they indicate the kind of diet people had back then.

Another exhibition highlight is a jade necklace, determined to be 2,100 to 2,800 years old, that is tied together from 188 pieces of jade.

"The diameter of the jade pieces is roughly 0.2 centimeters. These pieces are originally from Hualien, showing that 2,800 years ago Taiwan already had a very extensive trading system across the island," she said.

The NMP's Museum of Archaeology just recently concluded a soft opening, which ran from Dec. 26, 2018 to Sept. 30 and was attended by 53,827 visitors. The branch will officially open on Saturday.