Taipei, Aug. 17 (CNA) A veteran breakdance crew and a group from a children's dance school won in their respective categories in the finals of an annual street dance competition in Taipei on Saturday, each snagging a cash prize of NT$160,000 (US$5,106).

In the over-18 division, the breakdance Reformerz Crew beat out nine other groups that put on a show of house, funk, and hip hop dance presentations at the 2019 Metro Street Dance Competition.

Kicking off their performance with a six-step breakdance, the eight-member Reformerz Crew kept the audience on the edge of their seats with power moves such as back flips, windmills and headspins.

Group leader ShowMilk (蕭勝文), 27, told CNA the choreography was a revised version of a recent presentation by the Reformerz Crew.

"We first performed this choreography at the Taiwan Dance Delight competition about two months ago, when we finished second," he said. "So we put in our best efforts to make our performance better this time round."

He said some of the tweaks of the choreography included moves and techniques not commonly performed by breakdancers.

"For example, we had a group move where we lined up and put our legs on the back of the person behind us to move like a worm," ShowMilk said. "What we wanted to do was to create multi-layered moves, using B-boying techniques."

Another exceptional aspect of the performance was the occasional departure of one performer from the synchronized dance, he said.

"We wanted to keep it interesting by having one person doing power moves while the others performed synchronized dance moves," he said. "Having everyone performing the same dance moves is a technique that is too common and over used."

One of the Reformerz Crew's choreographers Lil B (邱仕惠), 28, said the idea was to showcase the best breakdance moves of each member of the group and thus hold the audience's interest.

"We designed it so that in each segment there would be one dancer showing off his particular expertise at intervals, which would captivate the audience, rather than giving a monotonous performance," he said.

The choreography by instructor Kang Yi (剛一) focused on freestyle dance and featured the use of the dark colored fedoras the students were wearing as part of their costume.

The winners in the two age categories each took home a cash prize of NT$160,000.

It was organized jointly by Taipei Metro and Cathay United Bank and started July 27 with a preliminary round. 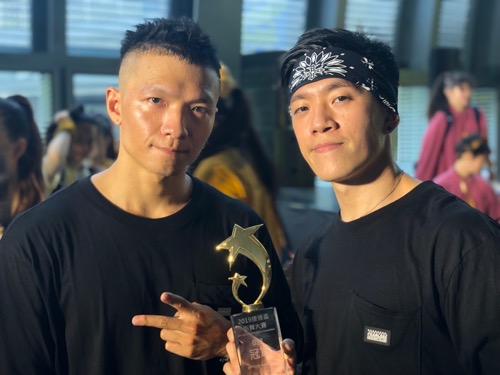 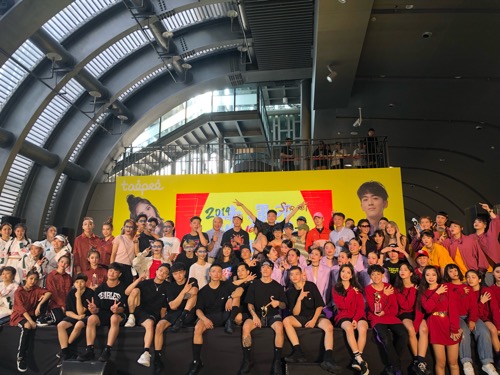