Taipei, Aug. 1 (CNA) Tens of thousands of comic book and anime fans packed the venue of the 2019 Comic Exhibition in Taipei on its opening day Thursday to get their hands on various limited-edition products. People waiting to enter the 2019 Comic Exhibition in Taipei

The approximately 135,000 attendees, mostly young adults, sprinted into the Taipei World Trade Center Exhibition Hall as soon as the doors opened at 10 a.m.

In a matter of minutes, the fans could be seen toting lucky theme bags stuffed with merchandise related to comic books, anime or online games.

"I was waiting in line since midnight Wednesday," said a 22-year-old anime fan who was one of the first to enter the exhibition hall.

"When I arrived here at midnight, there were only two queues outside the exhibition hall, but around 6 a.m. more people began arriving, and by 9 a.m. the area was packed," said the fan, who asked to be called Hsiao Chih (小智).

He said he had spent NT$1,000 (US$32) on a lucky bag that contained headphones, posters and other merchandise related to Sword Art Online, an anime that explores the theme of virtual reality. 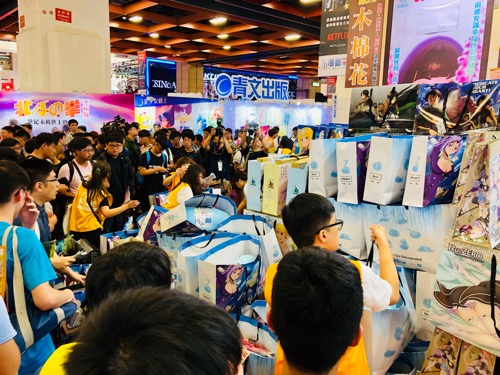 Another comic fan, who identified himself only as Hsiao Hao (小豪), said he had purchased two NT$800 lucky bags that contained merchandise related to the anime Re:Zero − Starting Life in Another World, which is based on the story of a high school student summoned to another world. 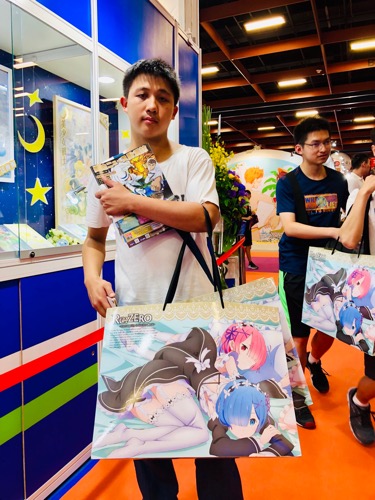 Among the many young people attending the fair were those dressed as anime and comic characters. Chiang Shih-hao (蔣世豪), a high school student, was dressed as Lucky Guy from the horror mobile game Identity V, which he said was one his favorite characters.

"I was here at the exhibition last year, dressed as another Identity V character, Jack," Chiang said. "I like dressing up as the game's characters, and I have been doing it for about a year now." At the opening, Deputy Minister of Culture Kevin Peng (彭俊亨) said the comic exhibition, now in its 20th year, has become a distinctive event that attracts more and more people each year.

“It has become a place where anime and comic fans gather to socialize and to exchange ideas and information," he said.

According to the Taiwan-based Chinese Animation and Comic Publishers Association (CACPA), the five-day fair is expected to attract an estimated 560,000 visitors this year.

Some 130 companies and publishers are displaying their products at 1,200 booths at the fair, said the CACPA, one of the main organizers.

Apart from the displays, 54 graphic artists, authors, voice actors and animation producers from home and abroad will hold book-signings and meet-and-greets at the fair, which is now in its 20th year, the association said.

The exhibition is divided into four sections, A, C, G, and E, which feature anime, comics, games, and e-books and entertainment, respectively. 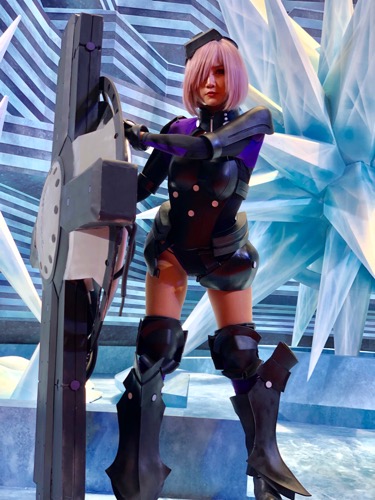