Taipei, Nov. 28 (CNA) Twenty-six interpreters graduated recently from a training program offered by the New Taipei government with the goal of facilitating better communication between healthcare professionals and migrant workers who require psychological counseling, a labor official in the city said Thursday.

Tsai Chih-sung (蔡智松), a staff member in the foreign workers affairs section in the city's Labor Affairs Department, said the 26 interpreters graduated on Nov. 9 from the Bilingual Interpreter Training Program of Mental Health Counseling that started in September.

"We also hope it will help close the cultural gap and make the interpreters more attuned of the health problems of migrant workers," he said.

Janice Tee (鄭珍真), deputy director of the Serve the People Association (SPA) that provided the training, said migrant workers in Taiwan often fall victim to rape, sexual harassment, and physical abuse but find it difficult to communicate when they require psychological counseling.

SPA received reports from at least 30 female migrant workers of sexual harassment in 2018 and one report of rape this year, she said.

"These victims are often traumatized after such an ordeal and need professional psychological care, which requires the services of medical interpreters," Tee said. "While the interpretation might not be 100 percent accurate, the goal is to minimize misunderstandings."

The graduation of the 26 medical interpreters brings the total number in the program so far to 46, following the training of the first batch of 20 last year, Tee said.

The names of the 46 medical interpreters will be provided to hospitals and government agencies in Taipei, New Taipei, and Taoyuan that serve migrant workers, she said.

Currently, there 716,125 workers from Indonesia, Vietnam, Thailand, and the Philippines employed in Taiwan, mainly as factory workers, caregivers and domestic helpers, according to Ministry of Labor statistics valid as of the end of October. 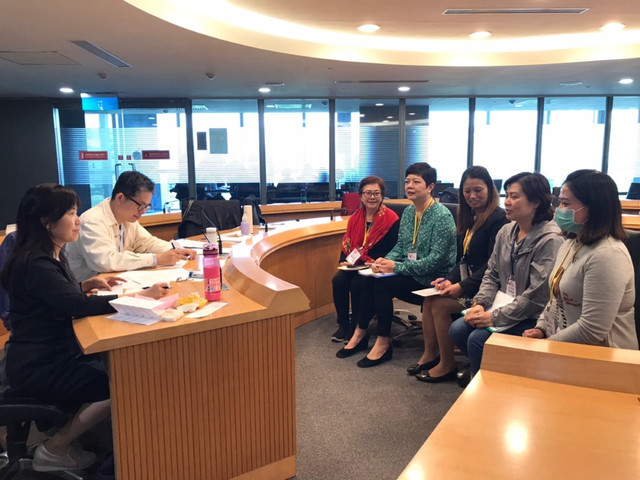