Taipei, Oct. 8 (CNA) A Filipino priest on Tuesday called on Taiwan authorities to provide scholarships to the children of the migrant workers who were killed when a bridge in Yilan collapsed earlier this month.

"You cannot just tell a 7-year-old child who has lost his father or mother, 'go find your way, find where you want to go,'" said Joy Tajonera at a memorial mass for three of the six fishermen who died in the bridge disaster on Oct. 1.

If the Taiwan government offered scholarships to the three surviving children of the Filipino victims, the children would be able to continue their studies, Tajonera said at the mass, which was held at Su'Ao District Fisheries Association in Yilan.

Three Filipino and three Indonesian fishermen were killed when the bridge in Nanfang'ao Port collapsed on Oct. 1, crushing their boats. 10 people were also injured in the disaster.

Two of the Filipino victims are survived by wives and children.

Melanie Serencio, wife of the late Andree Serencio, said she has a son and a daughter, 19 and 17, respectively, who are in senior high school.

"I wish they could get a scholarship to help them through university," she told CNA.

Marie Anne Impang, who lost her husband George in the disaster, expressed a similar wish for her 7-year-old son. 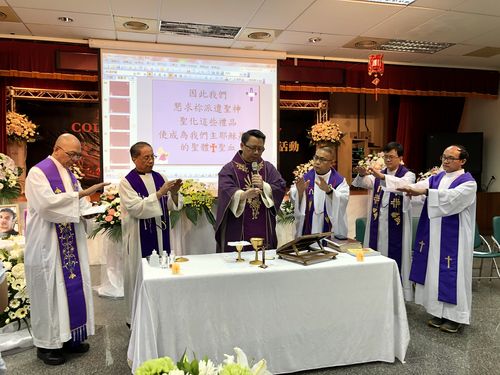 Commenting on the priest's call for scholarships for the children of the Filipino victims, Lee Fang-ching (李芳菁), Yilan County Labor Affairs Department deputy director, said the families of the six fishermen will each receive a survivor's pension of almost NT$4,000 (US$130) per month, but there is no scholarship that can be offered at the moment.

The Impang family will receive NT$3,750 per month until the child reaches 20 or finishes school, after which the wife will continue to draw NT$3,000 monthly, unless she gets married again, Lee said.

In the case of the Serencio family, they will receive NT$4,500 per month, with the same conditions, Lee said.

Meanwhile, the bridge management company Taiwan International Ports Corporation said Oct. 2 that each surviving family will receive compensation in the amount of NT$5 million, while a company representative said each family will also receive a bereavement benefit of NT$55,000. 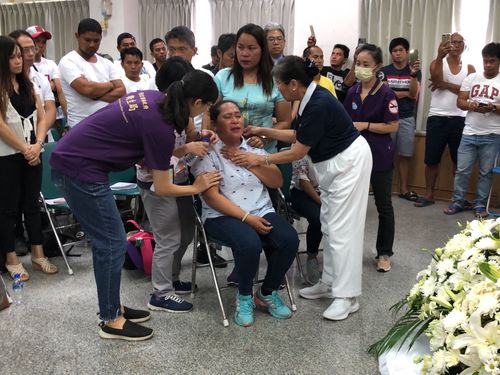 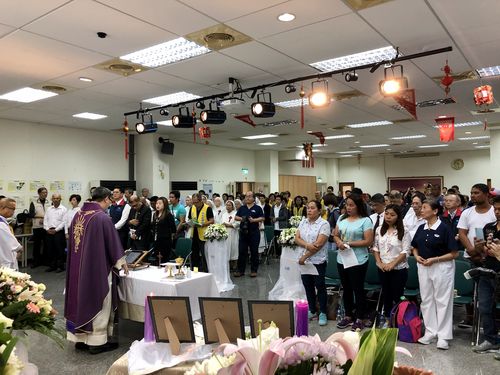