Taipei, April 10 (CNA) An international astronomical project, in which Taiwan has been participating, on Wednesday released the world's first picture of a black hole, a region of space with a gravitational field so intense that not even light can escape.

The Event Horizon Telescope (EHT) observation campaign, comprising 13 research units from around the world, including Taiwan's Academia Sinica, captured the image in the heart of the massive distant galaxy Messier 87, some 55 million light-years from Earth. 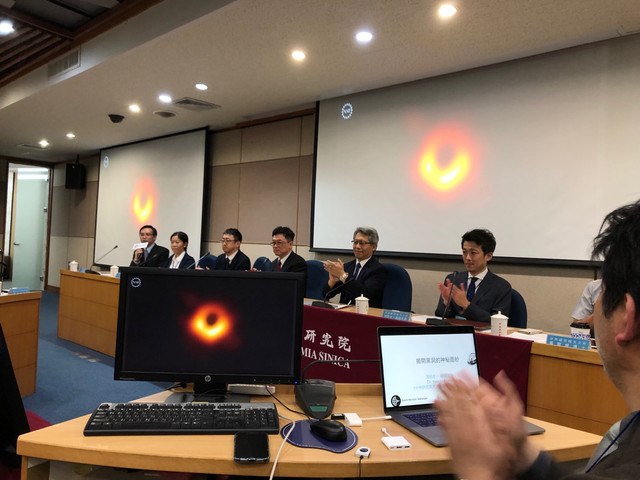 The black hole, one in category known as supermassive, has a mass 6.5-billion times that of the Sun.

"This (photo) is a pioneering find in the study of black hole astro-physics," said Keiichi Asada, an associate research fellow at Academia Sinica and a science council member of the EHT who has been directly involved in the global project to capture the image. 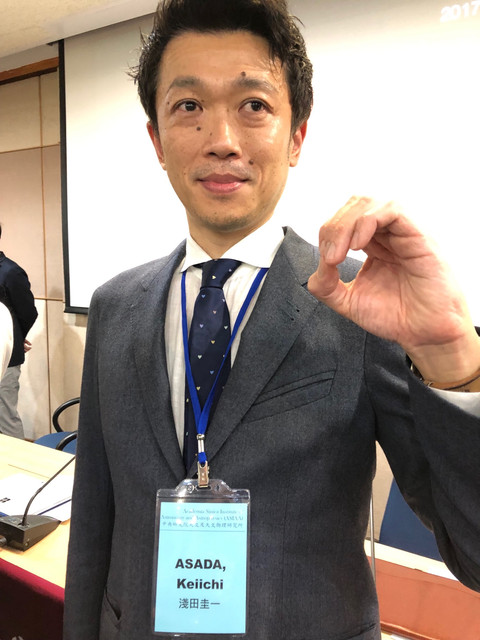 Keiichi Asada, an associate research fellow in Academia Sinica and EHT science council member, who has been directly involved in the project, showed CNA a "donut" gesture to celebrate the capture of world's first black hole image.CNA photo April 10, 2019

According to NASA, a black hole is a great amount of matter packed into a very small area, and the result is a gravitational field so strong that nothing, not even light, can escape.

A supermassive black hole is the largest type of black hole, containing a mass of the order of hundreds of thousands, to billions of times, the mass of the Sun.

The findings of the EHT, a project to create a large telescope array consisting of a global network of radio telescopes, was groundbreaking because there has never been visual footage of black holes, said Chou Mei-yin (周美吟), a scientist for Academia Sinica's education and public outreach.

The image was created after scientists used radio waves to synchronize radio telescopes all over the world, she said.

One of EHT's major telescope projects is the Greenland Telescope, led by Academia Sinica in collaboration with the United States' Harvard-Smithsonian Center for Astrophysics (CfA).

The Greenland Telescope is the northernmost radio dish in the EHT, allowing for triangulation with its counterparts in Hawaii -- the Submillimeter Array (SMA) and the James Clerk Maxwell Telescope (JCMT) -- along with the Atacama Large Millimeter/Submillimeter Array (ALMA) in Chile, Chou said.

Those telescopes have created the most ideal observation scenario because the EHT essentially turns the entire globe into one giant radio telescope, and the farther apart radio dishes in the array are, the sharper the images the EHT can make, she explained.

Once synchronized, these telescopes and other similar facilities around the world can achieve resolution 1,000 times finer than the strongest optical telescope in the world, according to the institution, adding that this type of high resolution can be compared to clearly seeing an object the size of a baseball on the Moon from Earth.

Academia Sinica not only maintains the 12-meter radio antenna in Greenland, which was originally built as a prototype for ALMA and then awarded to the Taiwan-U.S. team, but also took part in analyzing materials obtained by SMA, JCMT and ALMA, Chou said.

"Taiwan has made a significant contribution to this massive project," she said.