Taipei, March 8 (CNA) An unmanned aerial vehicle (UAV) belonging to the Navy crashed close to a elementary school in the southern county of Pingtung on Thursday, according to Taiwan's Navy Command. 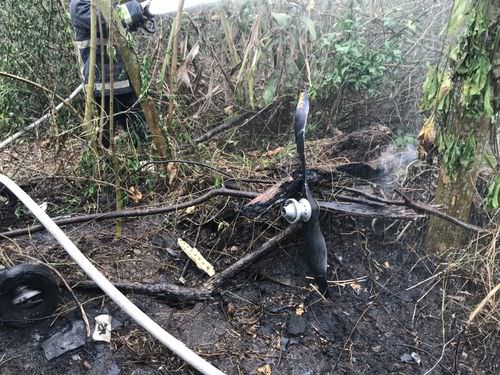 Burned out remnants of a Navy unmanned aerial vehicle (UAV) lay in a grass field in the southern county of Pingtung Thursday. The UAV crashed onto the field on the same day following a training exercise in the area. Photo courtesy of Pingtung County Bureau of Fire and Emergency Services March 8, 2018

No injuries or casualties were reported at press time.

The reason for the crash is currently unclear and the Navy has established a special unit to investigate.

According to the Navy, the UAV which belonged to the Navy's target recon group crashed in a field near the Pinghe campus of Pingtung County's Wutang Elementary School without causing any injuries.

The incident occurred at 10:58 a.m. when more than 40 students and teachers were outdoors.

Fang Kuo-jung (方國榮), Wutang Elementary School's Pinghe campus head, said students and teachers were on the school field holding a model student election at the time of the incident. 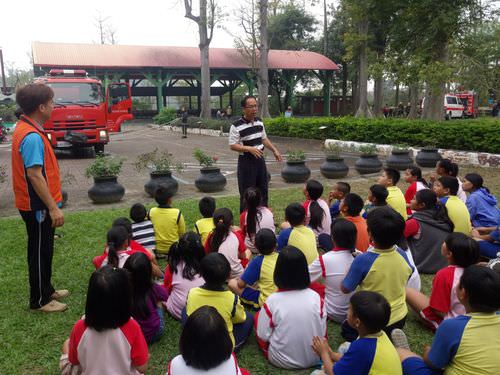 "We first heard the sound of the engine and after about 2 seconds a crash and explosion, said Fang, adding that everyone looked in the direction of the crash and could see the burning UAV.

The UAV crashed about 300 meters from where the students and teachers were, said Fang, adding that staff members phoned the authorities to report the incident.

Teachers at the school often see similar flying objects hovering in the sky nearby, Fang said.

On Wutang Elementary School Pinghe campus' Facebook page, a Facebook user named Kereker Tjuvangas posted "The plane fell in front of the school," adding "were it not for the mercy of God the outcome is unimaginable."

"Houses were shaking in the village and window panes were rattling, it was terrifying," posted Tjuvangas.

"At the time when I saw the plane fall straight out of the sky, I only had one thought, God, do not let it fall in the village or the school," posted Tjuvangas, adding "I really thank the Lord. He has diverted the disaster and ensured the safety of Pinghe village. Glory praise the Lord, Hallelujah!" 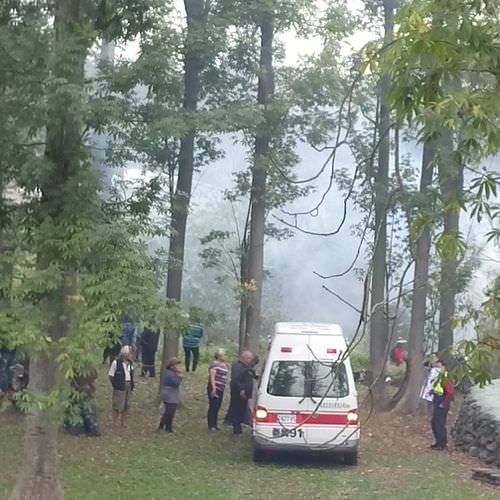 The special investigative unit will work with National Chung-Shan Institute of Science and Technology to investigate the cause of the crash, according to the Navy. At present all flights of the drone model involved in the incident have been suspended from further flight training while inspections are undertaken.