At a luncheon held in honor of visiting President Tsai Ing-wen (蔡英文), Enele said Taiwan and Tuvalu share the values of human rights and democracy. 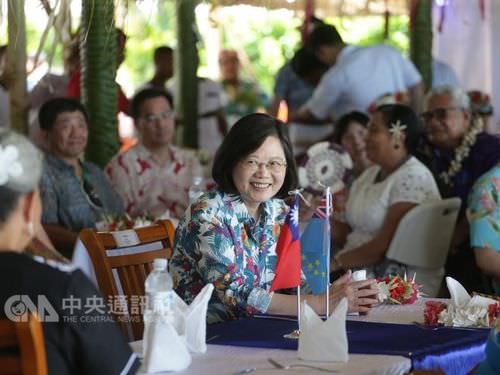 Tuvalu will forever be Taiwan's friend, he told Tsai and her delegation, who arrived in the South Pacific island country on a state visit earlier in the day.

In response, Tsai said Taiwan and Tuvalu are like family, having supported each other and overcome common difficulties during their 38 years of diplomatic relations. 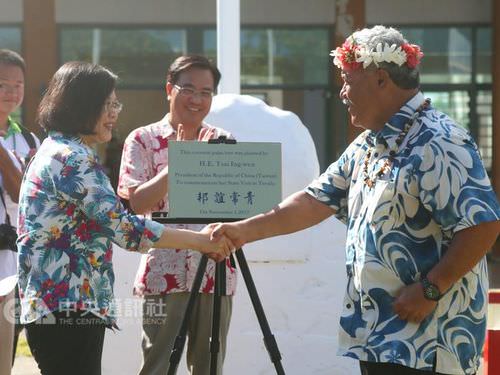 Taiwan appreciates its longstanding friendship with Tuvalu and will continue to work with the country on many issues of shared concern, she said.

At the luncheon, Tsai sampled Tuvalu cuisine and drank coconut juice directly from the nut in keeping with local custom.

Earlier in the day, Tsai and her delegation were welcomed by Tuvalu Governor-General Iakoba Italeli on arrival at the airport in Funafuti.

In his welcome speech, the governor-general extended an open invitation to Tsai to visit Tuvalu again.

In response, Tsai said she had often heard Tuvalu described as heaven on water and could now see for herself its beautiful scenery and experience its deep friendship.

Tsai said that she was looking forward to continued cooperation with the Tuvalu government to enhance the development of both countries.

Accompanied by Italeli, President Tsai also inspected a guard of honor at the welcome ceremony and was treated to a Fatele performance, a traditional dance song reserved for important guests. 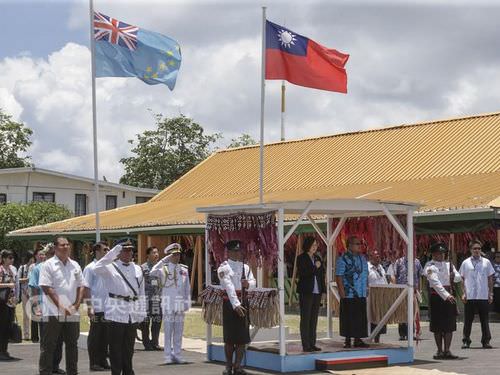 Taiwan and Tuvalu have had official diplomatic ties for 38 years, during which time they have cooperated in several areas such as agriculture, health care, clean energy, and cultural exchanges.

Tsai's one-day visit to Tuvalu was the second leg of her state visit to three of Taiwan's diplomatic allies in the Pacific. She visited the Marshall Islands Oct. 30-Nov. 1 and will travel next to the Solomon Islands before returning to Taiwan on Nov. 4 with a layover in Guam.

(By Lu Hsin-hui and Kuan-lin Liu)