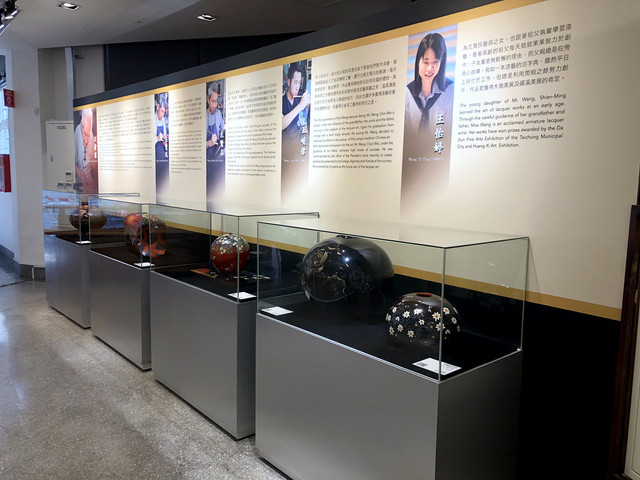 Born during Japanese colonial rule in 1922, the 97-year-old was designated by the Council of Cultural Affairs as a "National Living Treasure" in 2010 for his preservation of lacquer craft.

He also received the Order of Brilliant Star with Grand Cordon -- the highest award bestowed to a civilian -- for his dedication and preservation of lacquer arts by former President Ma Ying-jeou (馬英九) in 2016.

Wang Ching-shuang received his training at the lacquer department of the Taichung Polytechnics School in 1937 and went to Japan to study lacquer art in 1940.

In 1959, he began producing lacquerware for the mass market and exported his products through his Mei Yen Lacquer Art Co. Ltd. before concentrating more on artistic creations in the 1990s.

Among the works displayed at the exhibition is a flat work titled "Warrior," completed this year by Wang Ching-shuang, depicting bare-chested warriors from Taiwan's indigenous tribes.

Another work on display at the exhibition is "Prosperity and Peacefulness," created by Wang Chun-wei in 2019, which depicts three cows painted in red, yellow and blue.

An earlier version of the piece was given by Taiwan's Ministry of Foreign Affairs as a gift to diplomatic ally eSwatini when officials visited the African country earlier this year, he said. 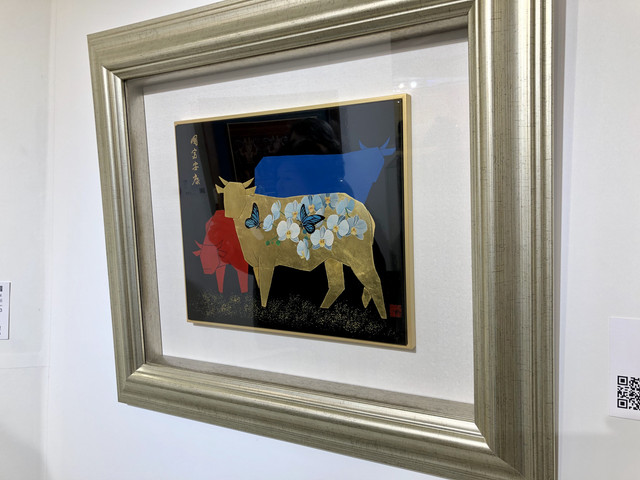 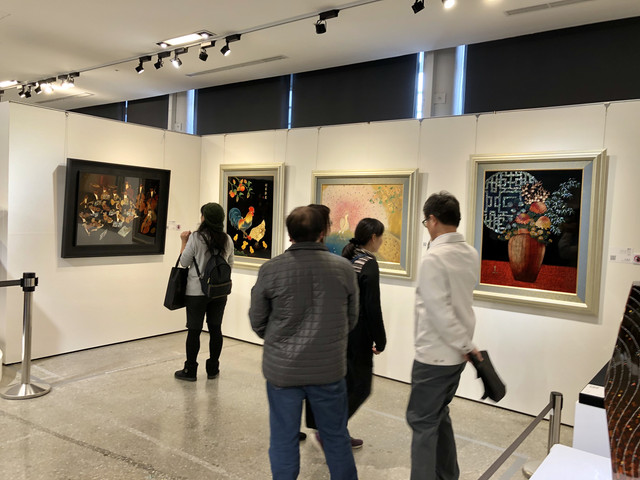 Culture Minister Cheng Li-chiun (鄭麗君) said the exhibition shows the preservation of lacquer art and that the three generations of the Wang family are an important page in Taiwan's handicraft history.

The exhibition will run through April 24. 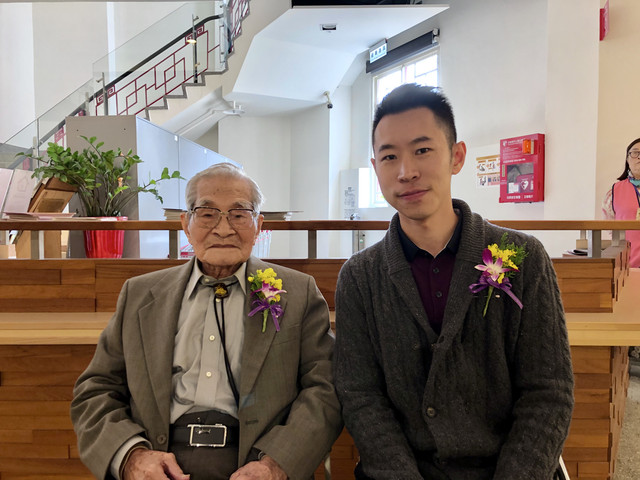