A big day for jazz at Sun Yat-sen Memorial Hall

Taipei, Nov. 30 (CNA) Award-winning musicians keyed off at the Sun Yat-sen Memorial Hall in Taipei on Saturday in two major jazz-inspired events held simultaneously that had audiences at the tourist attraction snapping their fingers and stepping to the rhythm.

The opening day of the first ever Taipei East District International Jazz Festival was held indoors while the Hall held its own music concert featuring renditions of famous ballads, jazz and blues outdoors.

"Even though some people performing at events in the past may have experimented with cross-genre music, we are the first to do so at this scale with top-notch musicians," he said.

Taiwanese jazz saxophonist, Shawna Yang (楊曉恩), winner of best instrumental album at the GMA in 2016 for her album "Simple Life," took the audience for a smooth ride by accompanying Hakka melodies with double and half-time tempos.

"I think the tempo and timing is very important for jazz music, so I use it to guide my bandmates in how I wanted the piece to be presented," she said before her time on stage.

"I try not to go overboard with western elements in my improvisation because I also want to keep the sense of purity that is found in folk songs." 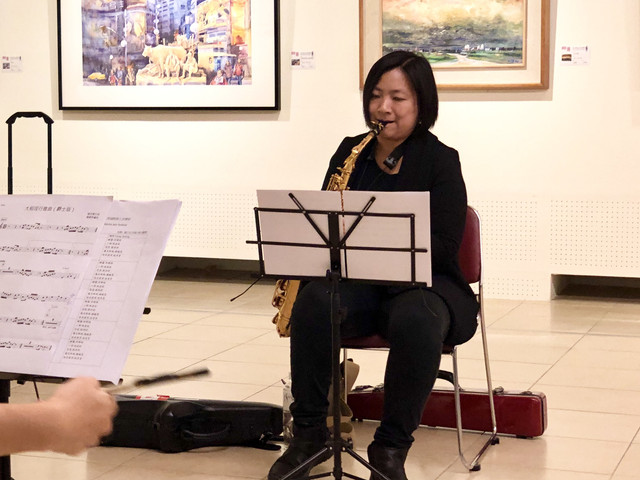 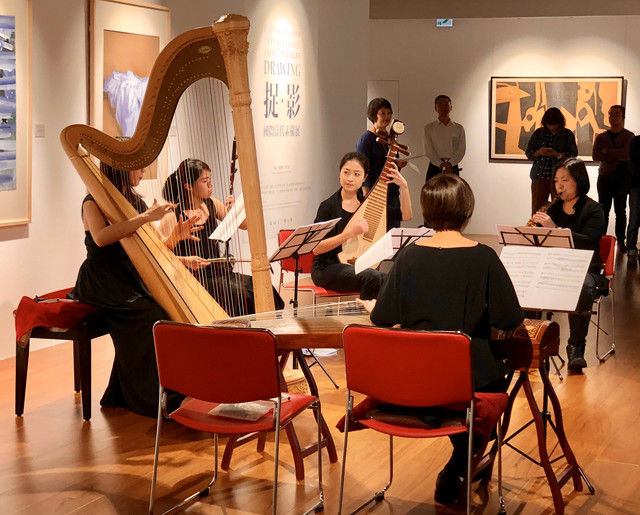 The combination may seem bizarre, but the musicians harmonized their performance by being careful to not let their instruments clash and produce unwanted pitches.

Instead, the improvisation uplifted the melodious grooves that ran alongside the traditional strings.

Taiwanese jazz pianist and composer Hsu Yu-ying (許郁瑛) joined the group for the second half of the program and stole the hearts of the audience with her agile and quick finger work over the keys of the Nord Piano.

Hsu, who won best composer in the instrumental category at the Golden Melody Awards in 2019 for her track "Chapter III : India, Italy and I" from her album "Project 3," felt the unusual mix of instruments really worked.

"It is a cool mixture because the different texture of sounds with traditional instruments is like adding colors to a painting," Hsu said. 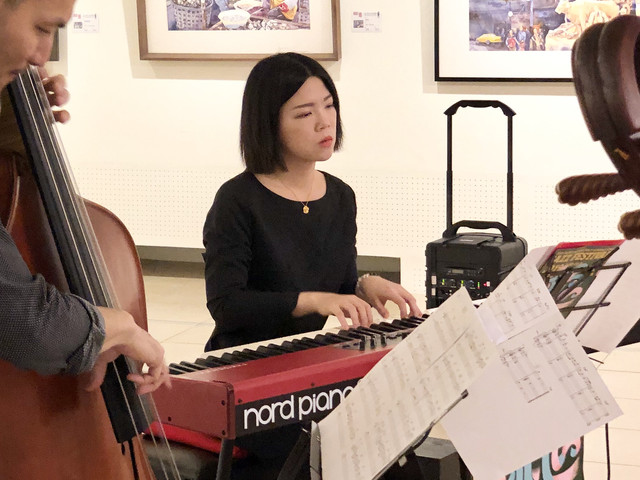 Visiting American jazz drummer Sherrie Maricle, who will be performing at the festival at Rhythm Alley Dec. 4 and the Wenshui Arts and Cultural Center on Dec. 7, said jazz and folk music mix well together because both genres express meaning and reflect the culture of the artists who composed it.

"The root of all folk music was developed from the souls of the people who wrote it and very similar to what early jazz was when it was first developed in the United States," she said. 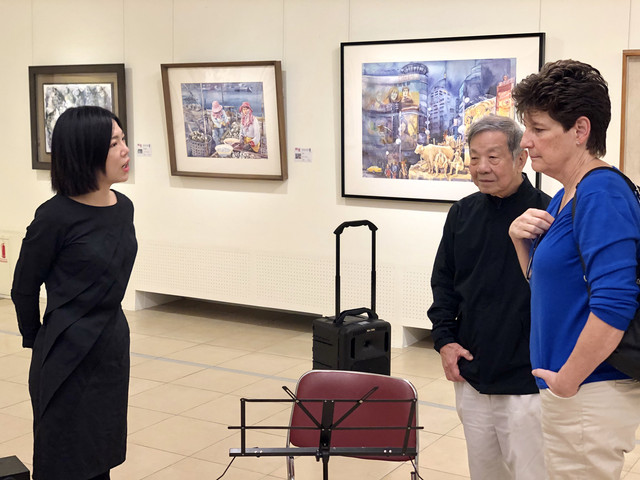 For its own outdoor concert, which overlapped with the second half of the indoor jazz festival performances, the Memorial Hall featured renditions of famous ballads, jazz and blues pieces by Taiwanese violinist Chang Cheng-chieh (張正傑), pianist Wang Nai-chia (王乃加), and clarinet player Chen Wei-leng (陳威棱). 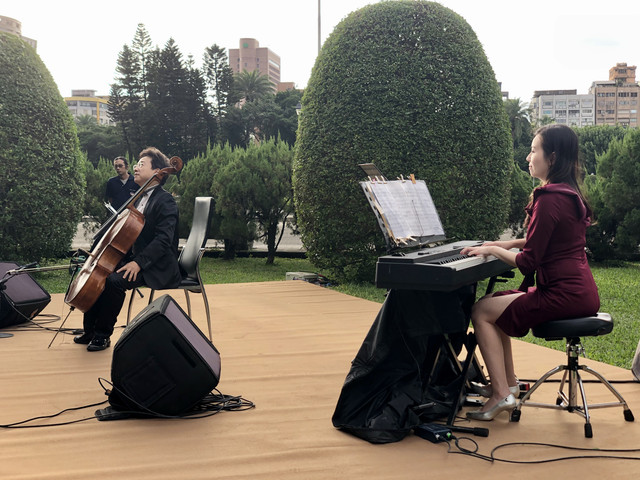 Liang Yung-fei (梁永斐), the Memorial Hall's director-general, said he hoped the two events would let visitors feel the vitality of life when visiting the educational and cultural venue. 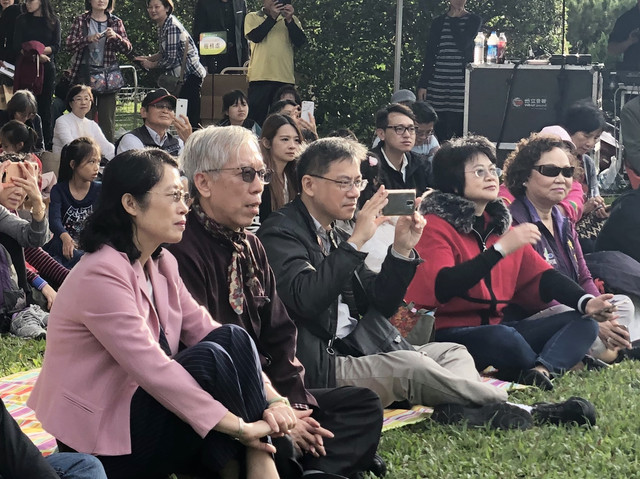