Filipino bands to rock out in year-end Hsinchu County competition

Hsinchu, Nov. 27 (CNA) Local and Philippine community members in Hsinchu County are collaborating to hold a year-end battle of the bands competition next month, in which groups formed by overseas Filipino workers will take the stage in the county's Hukou Township, the organizers said Wednesday.

The Winter Slam Battle of the Bands will see some seven Filipino rock bands perform for 15 minutes each in front of a panel of judges Dec. 15 at the Fengshan Community Activity Center in the township, according to event co-organizer Allan Viray.

"One main reason we are holding this event is to give Filipino bands a stage and to help them find exposure," Viray told CNA, adding that there are many talented Filipino musicians in Taiwan who need the support of the community to help their music be heard.

The Algorhythm Band, a professional band from Batangas City, have been invited to Taiwan to make a guest performance at the event and to be part of the judging panel, which will award the top band with a certificate and a cash prize of NT$10,000 (US$328), Viray said.

The first and second runners up will also receive certificates and cash prizes of NT$7,000 and NT$5,000, respectively, Viray added.

Viray, who works in Hsinchu and is from Pampanga Province, has been involved in numerous events in recent years showcasing the talent and creativity of Filipino migrant workers, ranging from beauty contests to hip-hop concerts. 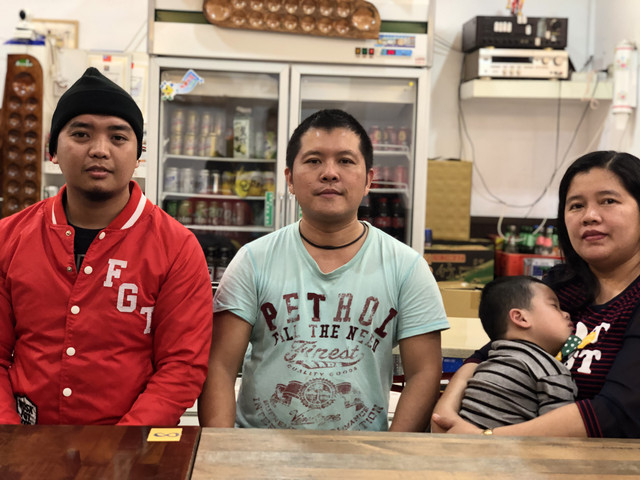 The competition's other co-organizers, Memilyn Chen, originally from the province of South Cotabato, and her Taiwanese husband Chen Chiu-hung (陳邱鴻) said they wanted to organize the event with Viray because they want to give back to the Filipino members of their community in Hsinchu, which make up a large proportion of their clientele at their BBQ restaurant.

On weekends, especially on those following pay day, the couple gets as many as 400-500 Filipino customers in a single day, Memilyn Chen said.

"It is getting close to Christmas and the end of the year, so we wanted to organize this event to thank everyone," she said.

With over 1,000 Filipinos living and working within walking distance of his restaurant, Chen's husband said he is really happy to be able help co-organize the competition, which he feels is meaningful because it allows him to integrate with the local migrant community.

The proceeds from the event will be donated to Angelito Victoriano Penuaga, a Filipino worker in Tainan and avid hip-hop music maker who was hospitalized Nov. 20 for high blood pressure after an earlier series of strokes.

He suffered a mild stroke in May 2018 and an ischemic stroke a year later.

It is hoped that the proceeds will help Penuaga cover his travel costs and medical expenses, Viray said. 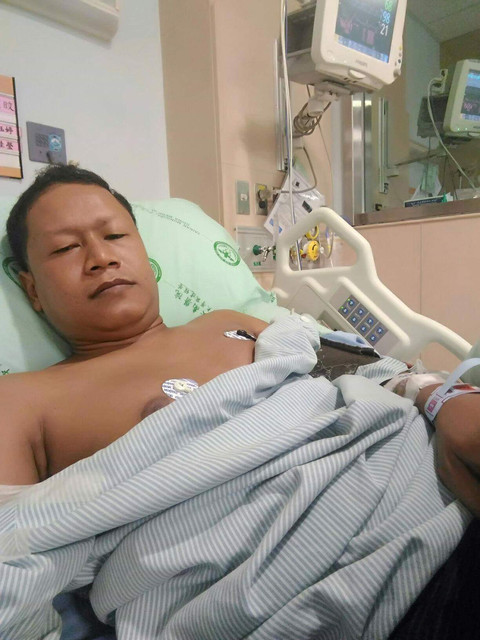