Taipei, Nov. 23 (CNA) A parade of stunning head-turners graced the red carpet at the 56th Golden Horse Awards in Taipei Saturday, matching the grandeur of the occasion.

Among them was Taiwanese actress-writer Gingle Wang (王淨), who stole the hearts of onlookers with a stunning all-white ruffled single-shoulder gown that sported a thigh-high slit.

Wang was nominated for best leading actress for her role in the high-grossing psychological horror film "Detention," which received an annual best of 12 nominations at this year's awards.

She was nominated for her performance in the movie "Synapses," as the wife of an Alzheimer's patient. 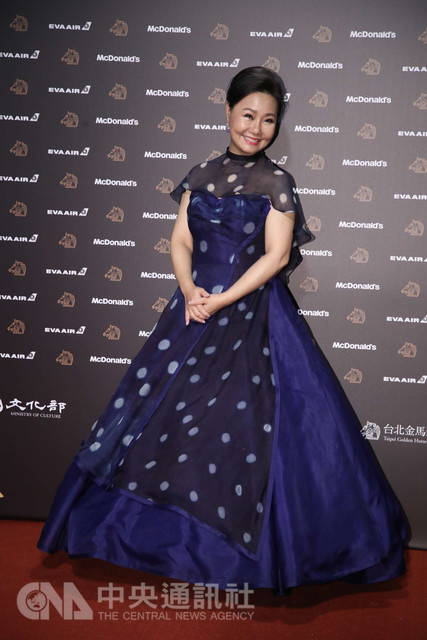 She was nominated for best new director along with Malaysian Lau Kek-huat (廖克發) for the war drama "Boluomi," which tells the story of a baby that was smuggled out of the jungle in Malaysia during the war for independence fought by the Malayan Communist Party.

Taiwanese actress Winnie Chang (張詩盈), showed off her baby bump in a blinged-out crystal-decorated gladiator-style shoulder plate and armor over a white one-piece crop top with a folded hemline.

The expectant mother was nominated for best supporting actress for her role in the gay-rights and marriage equality movie "The Teacher," which tells the story of a male 26-year-old civics teacher who falls in love with an HIV-positive man.

The awards ceremony, held at the Sun Yat-sen Memorial Hall in Taipei, is one of the most prestigious film events in the Chinese- speaking world.

Despite the glamor, however, the awards this year were dealt a heavy blow after China in August boycotted the event in response to controversy sparked by Taiwanese documentary director Fu Yu (傅榆), who called for Taiwan to be treated as an "independent entity" during her award acceptance speech last year.

Taiwan's Golden Horse Executive Committee has remained tight-lipped and low-key about the boycott. Taiwan's Ministry of Culture, meanwhile, has expressed regret and has called for Chinese officials not to interfere with cultural exchanges over political factors. 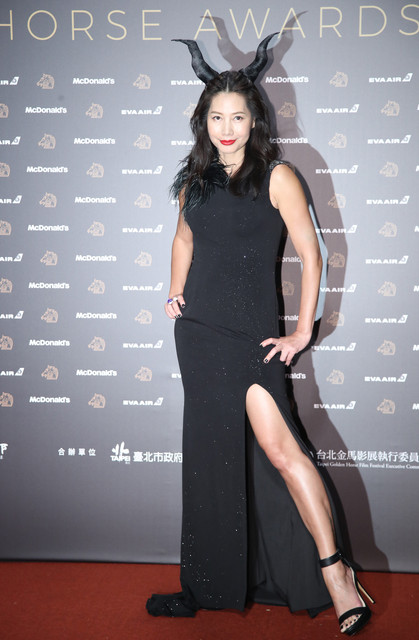 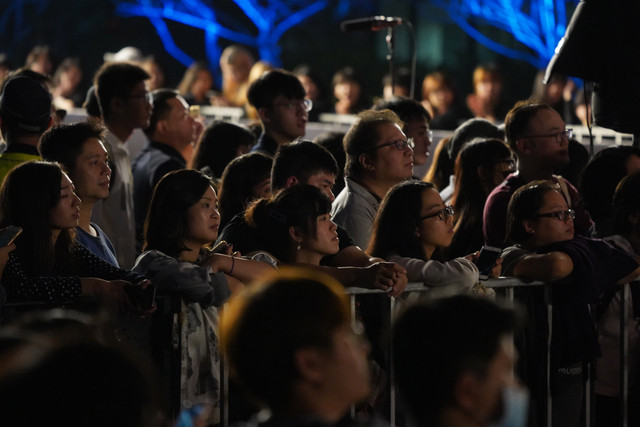