In 2003, when Filipino-American priest Father Joy Tajonera was sent by his Catholic society Maryknoll to central Taiwan's Taichung City, the first thing he set out to do was to find a safe space for migrant workers.

"One of the first things I did was to look for a place, because I know that the Filipinos don't have a place of their own," he told CNA.

"Having a safe in-door space where migrant workers can pray, attend mass, relax, learn new skills and find sanctuary in times of distress meant that they won't have to be on the streets on their days off."

There are a total of 714,291 migrant workers in Taiwan as of the end of September, with Filipinos being the third-largest group, behind Indonesians and Vietnamese, according to the Ministry of Labor.

As most of the migrant workers either live in dormitories provided by their workplace or with their employers, they are often left without a place to meet or socialize with friends.

Many resort to sitting down with friends in groups in the foyers and outdoor plazas of train stations or public areas on their days off.

Tajonera was born in Manila in 1959 and earned a degree in Political Science from the city's Far Eastern University, before immigrating to New York in 1982, where he helped provide counseling and vocational training to adults and worked as a social worker at Brooklyn Hospital in New York between 1985 and 1994.

Tajonera's affinity for Taichung and its migrant workers runs deep. He spent a year and a half in Taichung in 1998 teaching English to medical students before returning to the United States to complete his Master of Divinity degree in Chicago in 2001 and becoming a priest in New York the following year. 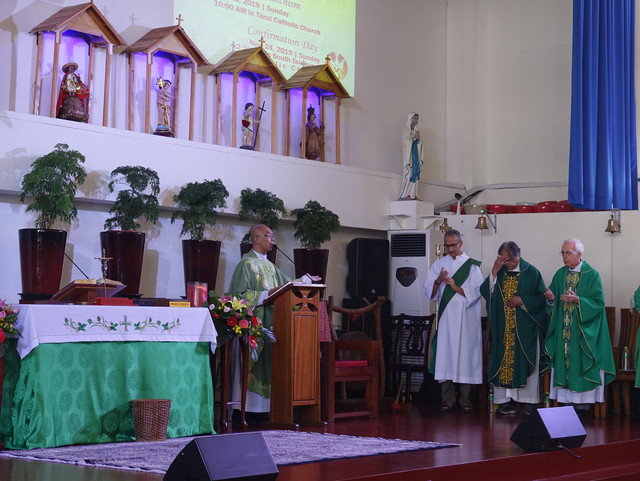 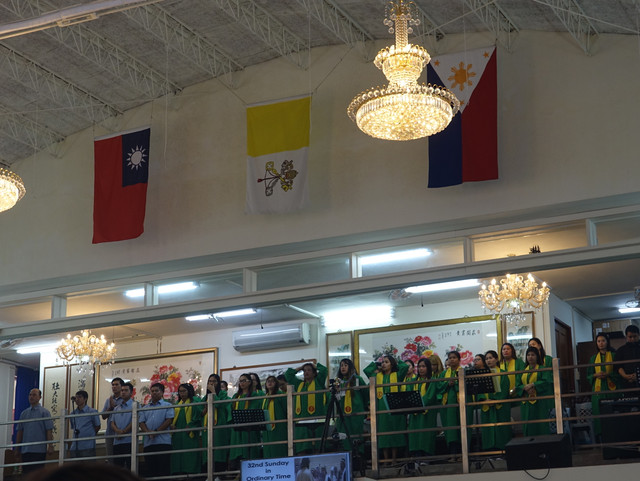 After being ordained as a priest, he requested to be assigned to Taichung in 2003 to serve migrant workers in the city. In 2004, Tajonera created the Ugnayan shelter in Taichung's Tanzi District to provide a safe haven for migrant workers.

The shelter has provided beds to around 1,000 people since it was established. The people who ask for his help are often Filipino workers who were suddenly removed from their jobs, or Filipina wives who have separated from their Taiwanese husbands, Tajonera said.

"This is one of the women's rooms," Tajonera said, as he showed CNA a tidy and well-ventilated room that had five double-bunk beds lined against the wall with clean sheets and bedding.

"We find there are around 18 people staying at the shelter on any given day, some people stay for one day, some for a year, it varies," he said. "But we also do not give a time limit. It depends on their situation and their needs."

But displaced workers and divorced women are not the only people Tajonera helps. He has also dealt with some extreme cases.

Five years ago, a Filipina reached out to him for help through social media after she became a victim of human trafficking and was forced to work in a brothel in Miaoli County, Tajonera said.

He gave her instructions on how to find him, Tajonera said.

"After arriving in Taiwan to work for a month or two, one of her co-workers, who were mostly Vietnamese, could see that she was in distress and helped her to escape," Tajonera said.

After she escaped to the shelter, authorities from the National Immigration Agency and the police came to collect her the next day and help her catch the human traffickers.

Tajonera now operates a church, vocational training school, and a shelter in the city. 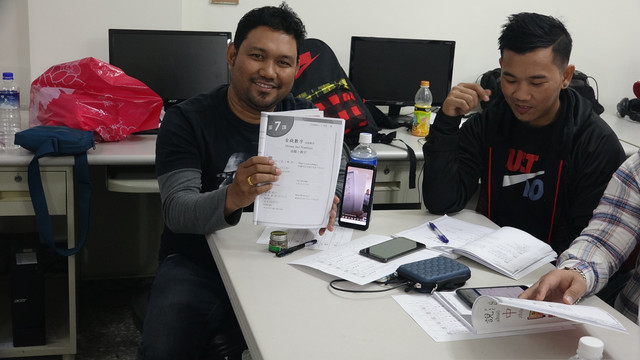 A Mandarin Chinese class at Ugnayan vocational training school. The training programs are in partnership with the Philippine Overseas Labor Office-Overseas Workers Welfare Administration (POLO-OWWA) at the Manila Economic and Cultural Office in Taichung (MECO Taichung), and are held in many batches throughout the year. 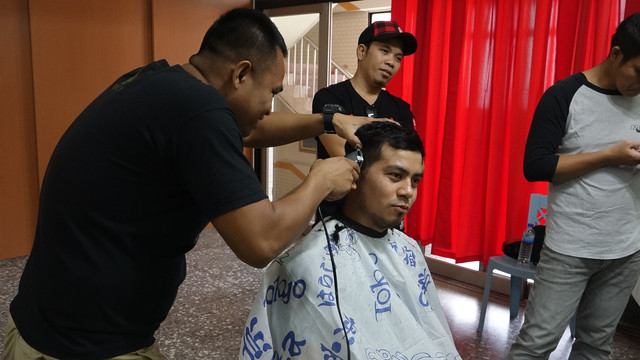 A class that offers men's haircuts at Ugnayan vocational training school. The classes, which are supervised by POLO-OWWA, are popular among Filipino workers wanting to learn a new skill. 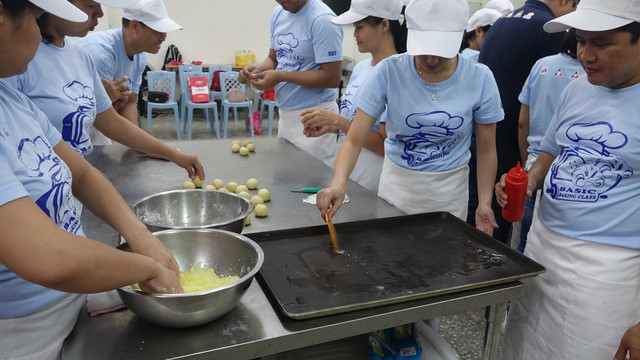 A baking class at Ugnayan vocational training school. The classes aim to help overseas Filipino workers (OFWs) develop new skills so they can open their own businesses when they return to the Philippines. 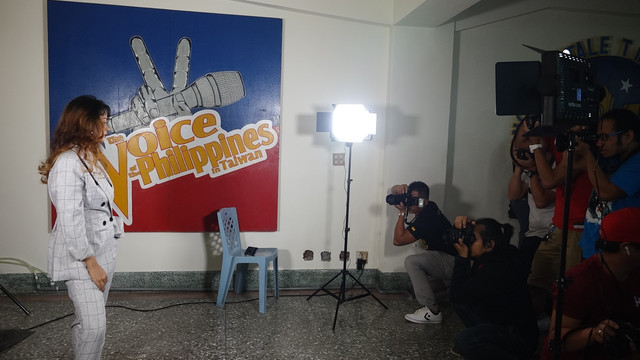 A photography class at Ugnayan vocational training school. Rosario Burayag, deputy director of labor affairs at MECO Taichung, said the classes will give OFWs new skills, so they don't have to go overseas again to find work when they have returned to the Philippines.

The funding and support for his services to the migrant workers come from a number of sources, including Maryknoll, worshipers who donate money during mass, the Philippine representative office in Taiwan and local Taiwanese living in the community.

"My Taiwanese neighbors would bring money and leave it on the staircase because they know I feed a lot of people," Tajonera said.

He does not ask big corporations for funding because he feels if they really wanted to help they would have helped already instead of being asked or begged, Tajonera said.

He also does not receive funding from the Taiwanese government, Tajonera said.

He describes his mission as: "To pray and to give hope especially in difficult situations and to help when they need help (by offering) advice and sanctuary. To be the voice when they are voiceless. To give them courage and help them not to despair because of poverty, broken heart, problems at home, or working in difficult, dirty and dangerous jobs."

At the shelter during the tour Tajonera gave, the people being helped were also busy helping out.

A long-term resident, 51-year-old Filipina, identified only as Julianne, said she has been living there for around 10 years. She found herself with no place to stay when she was separated from her Taiwanese husband of 12 years.

She helps out at the shelter by preparing meals and is responsible for cooking lunch and dinner for people at the shelter, Julianne said.

"I have decided to keep staying here over the years because I really enjoy the companionship and the environment the shelter provides," she said. "The people here are like my family."

Another resident at the shelter, a 31-year-old Filipino, identified only as Romar, said he was fired from his factory job about two months ago for smoking in a non-smoking area after he had already received a warning for a similar issue. The dismissal from his work meant that he also had to leave the company-provided dormitory.

He is staying at the shelter while he awaits a transfer to another job.

Even though the majority of people who come to Tajonera are Filipinos, he says he accepts and helps everyone regardless of race, adding that he also helps refer distressed migrant workers of other races to shelters who can speak their language so that they can get the proper support they need.

Tajonera said he does not put a capacity on the number of people that need his help. 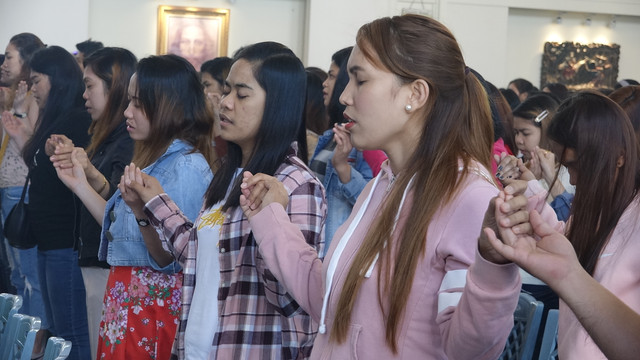 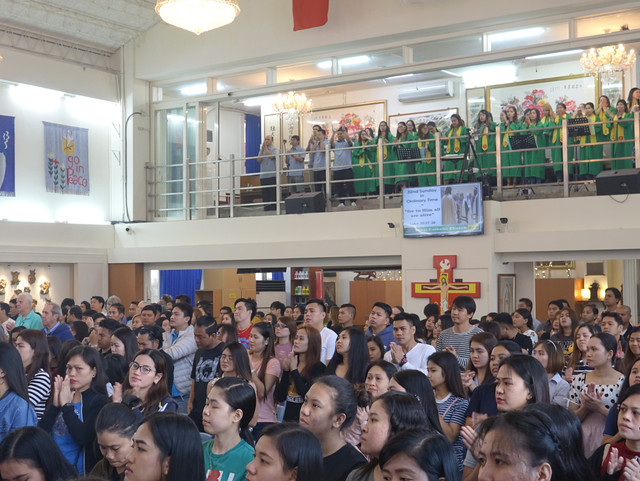 Luckily, Tajonera is not alone in providing a safe space for migrant workers in distress because there are some 15 organizations that also operate migrant worker shelters, which are scattered around Taiwan.

But the question remains unanswered if these shelters are enough to help those among the over 700,000 migrant workers in the country in times of need.