Over 70 films to be screened at festival on women's issues

Taipei, Sept. 5 (CNA) A total of 75 films will be screened at the 26th Women Make Waves International Film Festival in Taipei next month to raise awareness and focus on issues that affect women and society, the organizers said Thursday.

The films, which will examine various topics, such as sexual harassment, violence, refugees and homosexuality, will be screened at the Spot Huashan cinema at the Huashan 1914 Creative Park Oct. 4-13.

The festival will open with "On Her Shoulders," a 94-minute documentary released in 2018 that follows Iraqi Yazidi human rights activist Nadia Murad as she meets with politicians and journalists around the world to bring attention to the genocide and sexual slavery that is happening in her homeland.

Pecha Lo (羅珮嘉), director of the festival, told CNA that she chose "On Her Shoulders" as the opening film because she felt that the media in Taiwan is mainly focused on domestic political debates between the pan-green and pan-blue camps and pays scant attention to covering international news.

Because of this, it seems that people lack certain channels for finding out what is going on in other parts of the world, she added.

"It would be a really good idea to have an opening film to talk about issues around the world, such as war, sex slaves and gender equality," she said. "This film has it all, so I thought it was the best choice for the opening."

The importance of the film being selected as the opening film is because it raises awareness about multiple topics that are the focus of this year's festival, Lo said, adding that women in Taiwan can have a chance to view the theme of misogyny presented in the film. 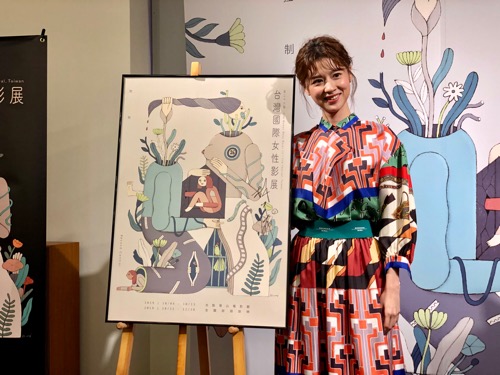 The festival's closing film "A Woman Is A Woman," a 93-minute feature film released in 2018 about the lives of Hong Kong transgenders, holds significant importance because it showcases a "minority within a minority," Lo said.

"Within the LGBTQ film community, there is a lack of voices representing transgenders, so it is a minority within a minority group," she said, adding that she finds the film really special because 90 percent of the film crew were women.

The producers of the film intentionally chose women to fill such roles as cinematographers and scriptwriters, she said. "I think most of them are lesbians as well, because the intention was to allow minorities to have an opportunity to contribute to the making of the film."

The festival will also include a Taiwan Competition section, which is now in its sixth edition, to showcase 18 films by female Taiwanese directors, including Sophie Shui's (隋淑芬) award-winning short drama "A Trip with Mom," which consists of an unemployed son taking his old mother out on a journey.

Winners of the Taiwan Competition's Grand Prize and other prizes will be announced at a ceremony Oct. 10.

The Taiwan Competition was launched in 2014 to introduce work by female Taiwanese directors.

Lectures and conferences will also be held as part of the festival, addressing topics such as politics and art, non-mainstream film, and the empowerment of women. 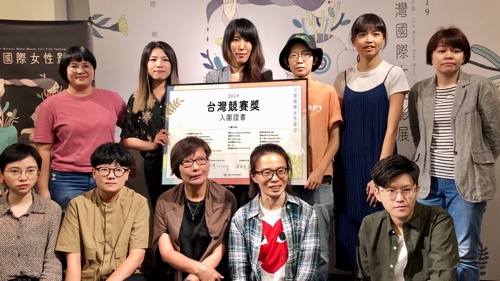 Directors of films nominated for awards in the festival's Taiwan Competition