Taipei, Aug. 21 (CNA) National Education Radio (NER) led the nominations for the 54th Golden Bell Awards in the category of radio with a total of 31 nods on Wednesday.

NER gained nominations in 20 of the 26 Golden Bell categories, including best world music program, best radio drama, and best popular music program, the Bureau of Audiovisual and Music Industry Development announced in a ceremony in Taipei.

Three of the station's children's programs and three youth programs were also nominated for awards. One of them, "iTung Wu Chin Hsing Shih" (i動物進行式) focuses on environmental protection and seeks to spur children's interest in animals and science through games and stories, the radio station's website says.

"Shan Liang Hsin Tai Ke" highlights the lives of new immigrants in Taiwan, with the goal of encouraging people to embrace diversity, and migrant workers and new immigrants are regularly invited to share their stories and experiences on air, according to NER's website.

NER Director Hsieh Chung-wu (謝忠武) told CNA the number of nominations was an indicator that the radio station was on the right track.

"National Education Radio is a national-level radio station and we invite everyone to tune in, as we strive to continue to bring the best programs to the country," he said.

Meanwhile, there will be no Golden Bell special award this year for an individual who has made a major contribution to broadcasting because no one on the shortlist met the standards set by the jury, the head juror said.

"Although the people recommended are all elites in their fields, we felt that they did not quite reach the bar, which was slightly higher this year," Lin Fu-yueh (林福岳), head of the jury for the special award and a professor in the Department of Mass Communication at Chinese Culture University, told CNA.

"That is why we are withholding the award this year, but we hope more recommendations will come in next year," he said.

According to Hsu Yi-chun (徐宜君), director-general of the Bureau of Audiovisual and Music Industry Development, it is not the first time that the special award has been withheld.

"Although the special award has been grant every year recently, that was not the case 10 or 20 years ago," she told CNA. "It all depends on the recommendations received for a particular year."

The Golden Bell Awards for radio will be held Sept. 28 at National Dr. Sun Yat-sen Memorial Hall in Taipei. 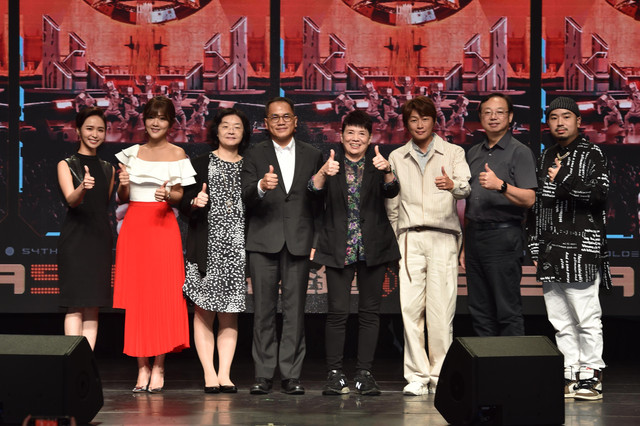