Taipei, July 28 (CNA) Following the official nomination of Kaohsiung Mayor Han Kuo-yu (韓國瑜) by the opposition Kuomintang (KMT) to represent the party in the upcoming presidential race, civic groups urged the public Sunday to protect the country from Beijing's "one country, two systems" model by voting against "pro-China" presidential candidates.

Representatives of the groups issued the warning at a press conference at a venue close to Banqiao Stadium in New Taipei City, where the KMT held a national party congress Sunday morning to officially nominate Han as its presidential candidate and deal with other party affairs.

"Both Han and KMT Chairman Wu Den-yih (吳敦義) have expressed their intention to sign a cross-strait peace agreement with China, a document that will acknowledge Taiwan as being part of China and reduce its future to a domestic issue of Beijing," said Taiwan Citizen Front Founder Lai Chung-chiang (賴中強).

Lai was referring to remarks made by Han during a joint interview he gave to Taiwan-based foreign correspondents in February, at which the mayor said it is inevitable that Taipei will negotiate a peace agreement with Beijing.

Han's comments came just days after Wu appeared to suggest the KMT could sign a peace treaty with China if it returns to power after the 2020 elections.

"A cross-strait peace agreement would be tantamount to a 'unification treaty,'" said Lai, adding it would most likely subject Taiwan to China's "one country, two systems" model, under which Hong Kongers have suffered the loss of freedom and the rule of law.

Lai said the "two systems" model does not have a market in Taiwan, particularly after a mob of thugs dressed in white shirts attacked anti-extradition bill demonstrators in the region on July 21.

Taiwan Association for Human Rights Secretary-General Chiu E-ling (邱伊翎) said although the KMT is currently reluctant to publicly embrace the "two systems" model due to fierce opposition in Taiwan, the party and its 2020 presidential candidate still owe the public a clear explanation of their policies.

"The KMT and Han should clearly explain what they support? What is their China policy? And what are their views on Taiwan's sovereignty?" Chiu said. "They should also tell the people whether Taiwan will suffer the same fate as Hong Kong, Tibet or Xinjiang if the mayor is elected president."

Suggesting such claims were politically partisan and completely unsupported by evidence, KMT Spokesman Ou-Yang Long (歐陽龍) said party chairman Wu publicly stated there is no support for the "one country, two systems" framework in Taiwan after Chinese President Xi Jinping (習近平) announced his plan to explore a "Taiwan version" of the model in a major speech in January.

Further, "equating (signing) a cross-strait peace agreement to accepting the 'one country, two systems' framework makes no sense. We want peace across the Taiwan Strait and we want peace for the world. This is the common pursuit of mankind,"Ou-yang said.

"What is the alternative? Are we supposed to sign an agreement for war?"

Ou-yang also pointed out that Han did not say anything about wanting to ink a cross-strait peace agreement in his nomination speech Sunday. He urged critics to refrain from deliberately falsely characterizing the policies of the mayor and the KMT.

During local elections in November 2018, Han defeated DPP candidate Chen Chi-mai (陳其邁) for the mayorship of Kaohsiung, a political earthquake in a city long considered a bastion of DPP support the party had run for 20 years. 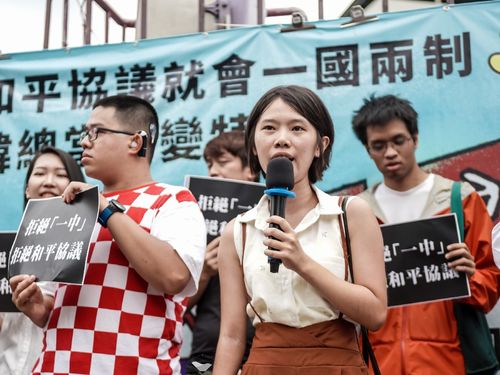 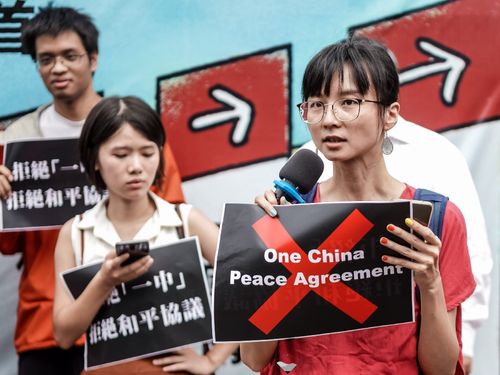 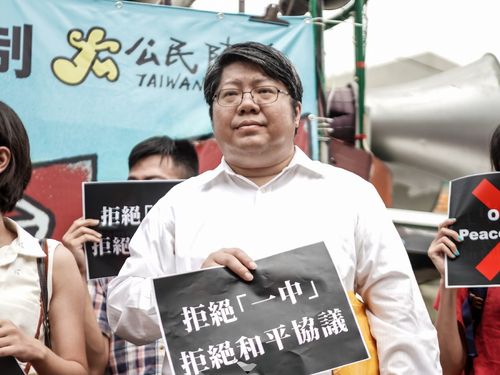