Taipei, Nov. 15 (CNA) Taiwan's national football team suffered a massive defeat against Kuwait on Friday, falling 9-0 to the host country, in the second round of qualifiers for the FIFA 2022 World Cup.

While the Taiwan team is placed above Kuwait in the FIFA world rankings, the Taiwanese on Friday never looked like a match for the Kuwaitis, who smashed goal after goal into the back of the net, starting with a header by forward Yousef Nasser in the first 22 minutes.

At the kickoff, the Taiwanese players seemed eager to play higher up the pitch, and even after Nasser's goal, they maintained their offensive play, but this left their defense vulnerable.

The Kuwaitis kept putting crosses into the box, and it was not long before midfielder Fahad Al Ansari scored, giving his team a 2-nil lead by the end of the first half.

The second half only got worse for the Taiwan team, as the Kuwaitis pressed home their advantage with a goal by forward Murbarak Al Faneni about five minutes after the halftime break.

Although the Taiwanese fell back in the second half, the Kuwaiti's bored through the defense time and time again, with forward Bader Al-Mutawa scoring at 55 minutes into the game, Nasser sinking his second goal four minutes later, and forward Shabib Al Khalid slamming the ball into the back of the net at 73 minutes.

As if the 7-0 drubbing was not enough at that point, Taiwan's defender Chen Wei-chuan (陳威全) scored an own goal at 77 minutes, and Kuwaiti forward Faisal Al-Azemi locked it down with a strike at 81 minutes. 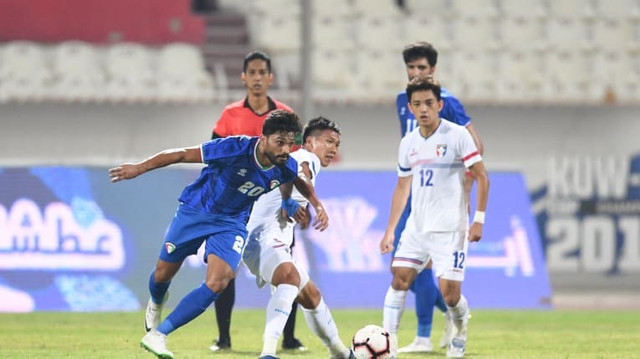 The 9-0 defeat leaves Taiwan at the bottom of Group B in the FIFA 2022 World Cup Asian Qualifiers Round 2, after Australia, Kuwait, Jordan, and Nepal, in that order.

The winners of the eight groups in Asia and four best runners-up will progress to the third round. 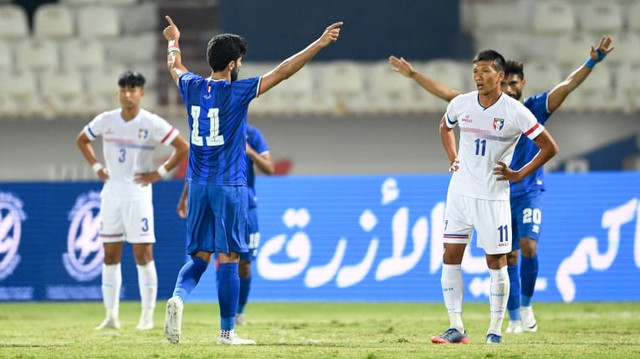