Taipei, Sept. 10 (CNA) Taiwan's national football team was crushed by Nepal Tuesday in its second game in the second round of qualifiers for the 2022 World Cup.

Taiwan, ranked 125th in the FIFA world rankings, was defeated by world 166th Nepal 2-0 at the Taipei Stadium in the second of a series of matches to be played to qualify for FIFA World Cup Qatar 2022.

After Thursday's 2-1 defeat to Jordan on home territory, the Taiwanese were thirsty for revenge and made repeated attacks led by forward Chen Hao-wei (陳浩瑋) on the Nepalese side.

However, Taiwan started showing signs of distress from early on in the match when midfielder Anjan Bista of Nepal scored the first goal just three minutes into the match.

Taiwan's spirits remained high and they played a tight defense in an attempt to keep the ball on the opposite side of the pitch.

The crowd cheered and roared every time the Taiwanese team made an attempt on goal, banging drums and other percussion instruments to encourage the home team.

Taiwan stepped up its offensive in an attempt to score the equalizer but missed repeated attempts. 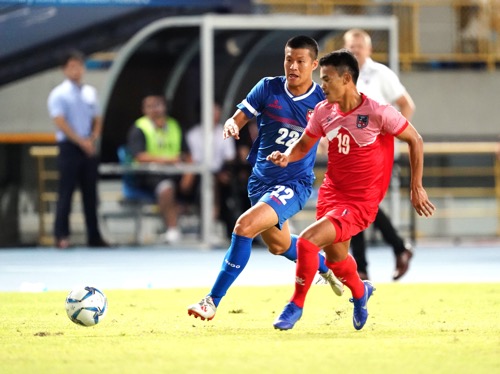 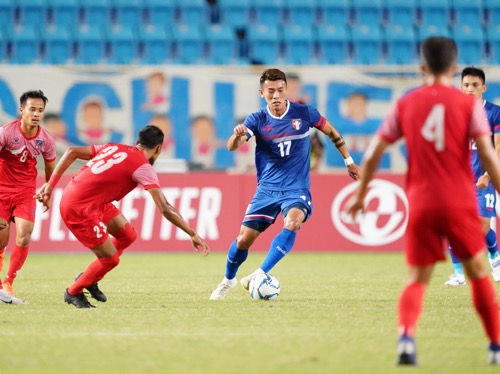 In the second half, the home crowd continued to cheer as their team continued their offensive to seek the equalizer, but was left stunned when Bista scored his second goal 63 minutes into regular play.

The Taiwanese continued to put up a tough fight for the remainder of the match, which ended 2-0.

"I think three minutes when Nepal scored that goal, their confidence went up and ours went down," he said. "We are disappointed, all the players are disappointed but I assure you we will do everything we can to analyze the game and make reviews to come back stronger."

Taiwan's captain, midfielder Chen Po-liang (陳柏良), said: "Sorry, we lost a game we should have won. I am very upset and I don't want to make any criticisms, but if we don't play football like a team, like a whole unit, then Taiwan football will never improve."

Taiwan can lose matches, but not without putting up a fight, Chen said.

Meanwhile, Rolf Johan Kalin, Nepal's head coach, said he was very happy with his team's performance because they were faced with a tough team.

Their performance was much better than their last match, which they lost 7-nil against Kuwait, he said.

"In my opinion, we take small steps all the time and it takes time. I know that supporters want quick results but I hope we can continue to develop and look into our performance after every game," he said.

In response to media asking if there was any strategy behind making their set-piece goals, Kalin replied that training set-pieces are hard and of course they would want to make use of every opportunity they get.

Over 4,780 people attended the match, according to statistics announced by the stadium. 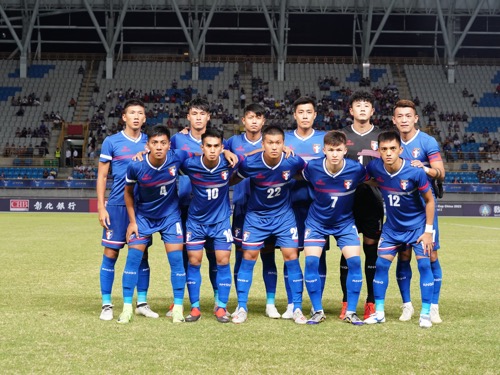 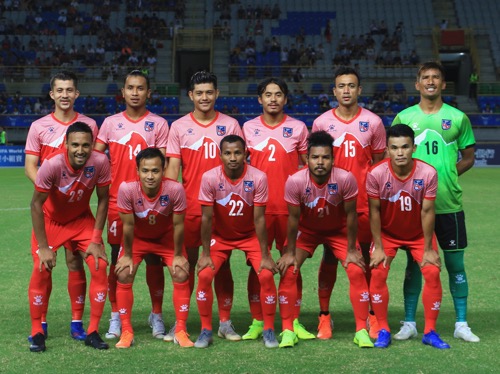 The winners of the eight groups and the four best group runners-up progress into the next round, round three.