Yilan union calls for stepped up safety for migrant fishermen

Taipei, Aug. 13 (CNA) A fishermen's union in Yilan County on Tuesday urged the Ministry of Labor (MOL) to step up safety measures for migrant fishermen, in the wake of reports of drownings in recent years due to unsafe practices.

Allison Lee (李麗華), secretary-general of Yilan Migrant Fishermen's Union, said that some migrant fishermen who have died while working at sea may have been saved if they had been wearing life jackets.

One of the cases was that of an Indonesian named Iwan Rohadi who drowned near Yilan in 2017 because he fell overboard without a life jacket when he was asked to work on a boat that he was not familiar with, Lee said.

Since Sayidi's death, Lee has been talking to union members to see how she can help the members with their safety concerns.

Lee said the vast majority of employers in the Nanfang'ao area don't allow their migrant fishermen to wear life jackets.

Citing a more recent incident involving another Yilan-registered fishing boat, Lee said the Chiuan Yi-Tsai No. 1, which left port Aug. 2, carrying five Indonesian fishermen and a Taiwanese captain to fish near the Diaoyutai Islands, was later declared missing and found days later to be broken up, with life jackets floating on the sea.

"This shows that the fishermen were not wearing life jackets at the time," she said. 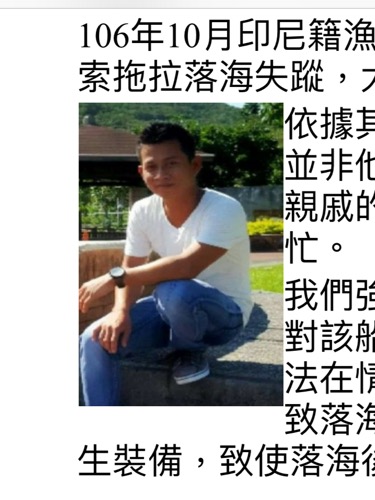 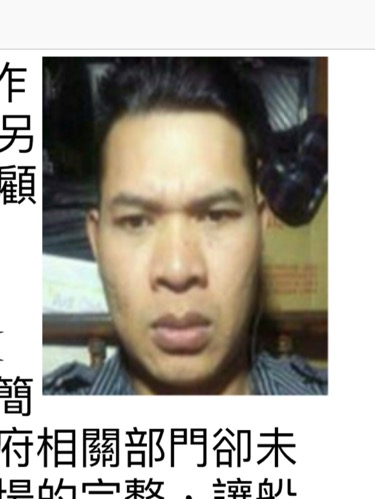 In an effort to verify Lee's claim, CNA talked to two Indonesian fishermen, who said they didn't wear life jackets at work because they get in the way.

Meanwhile, a Filipino fisherman, who wishes to remain anonymous, on another boat confirmed that his employer did not allow him to wear a life jacket.

Li Wen-chin (李文進), head of the Occupational Safety Division under the Ministry of Labor's Occupational Safety and Health Administration, said that in accordance with rules governing occupational health and safety laws, fishermen need to wear life jackets in times of danger, such as working on deck.

In order to overcome the problem of employers not allowing migrant fishermen to wear life jackets, the union also purchased some lightweight life jackets through donations from the charity organization T.H. Wu Foundation and its deputy chairman, Wu Liang-hung (吳亮宏).

With the money donated in June, the union has purchased a total of 40 lightweight self-inflatable life jackets, which it plans to distribute to its 126 members through a raffle.

"The life jackets are light and should not get in the way of their work," Lee said, adding that the older style non-inflatable life jackets may have slowed down the working pace of migrant fishermen due to their bulk.

A draw will be held Thursday for its Filipino members, while a draw will be held for its Indonesian members in November when they have a social event planned that month, Lee said, adding that her union has 100 members that are Indonesian, while 26 are Filipino. 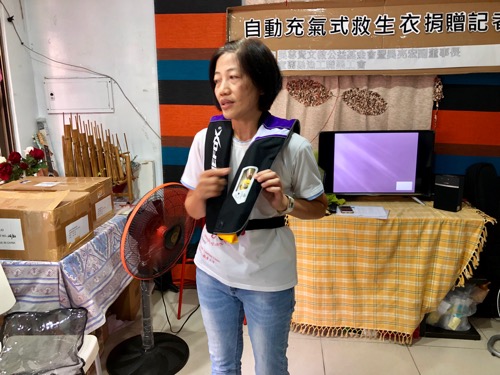