Taipei, Aug. 25 (CNA) Over 1,000 people gathered in New Taipei on Sunday to celebrate National Grandparents Day, an annual campaign that encourages all generations to honor their elders and see them as important parts of their lives.

The Ministry of Education-organized celebration, themed "Being together -- Family for all ages," saw some 1,600 senior citizens and their family members dance and socialize while participating in games with prizes and other activities.

Education Minister Pan Wen-chung (潘文忠) welcomed the grandparents and their family members and led over 500 people in a dance to promote vitality and health.

"On the last Sunday of August of every year, we celebrate this special day to honor grandparents across the country," he said. "National Grandparents Day is focused on making the younger generation aware that grandparents play an important role in their lives."

This year's event was the 10th anniversary of National Grandparents Day, which was first celebrated in 2010 because of then Education Minister Wu Ching-ji (吳淸基).

He told CNA he felt at the time that many countries around the world had their versions of grandparents day, and he felt Taiwan needed a special day of its own to honor its grandparents.

The president at the time, Ma Ying-jeou (馬英九), agreed with the idea, and in the end the day was set as the last Sunday of August but was not made a public holiday.

"The origin of National Grandparents Day is about promoting the value and dignity of grandparents," Wu said.

"More and more people are realizing the importance of the occasion, and I am very happy that incumbent Education Minister Pan Wen-chung is personally attending the event."

A brass band was on hand to play live music and people could play different games such as Velcro ball throwing and speed cup stacking to win prizes that included a Thermos.

Mai Hui-feng (麥惠鳳), who was born in 1943 and has 10 grandsons, told CNA that she was very happy with how the special occasion is celebrated.

"This activity shows many ways young people can interact with their grandparents and they can learn from it," she said.

Meanwhile, 78-year-old Chen Wei Feng-tzu (陳魏峰子), who said she has over 20 grandsons and three great-grandchildren, told CNA she came to the event with her grandsons and everybody was enjoying themselves.

"I've won many prizes today, such as (bottles of) Oolong and black tea," she said. 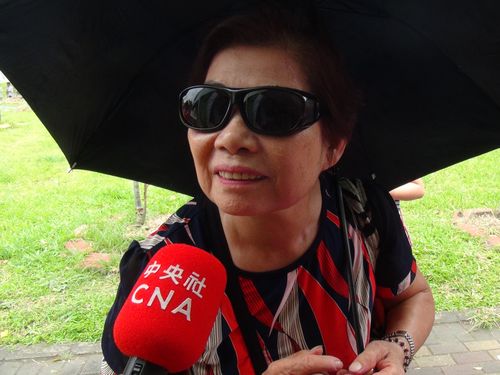 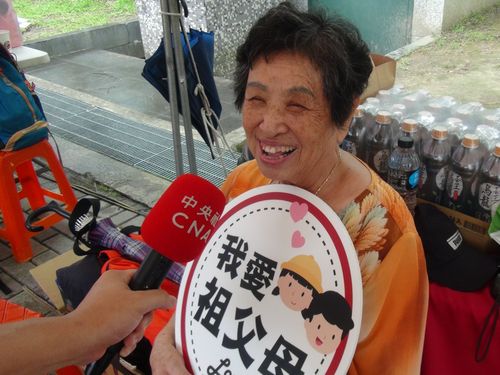 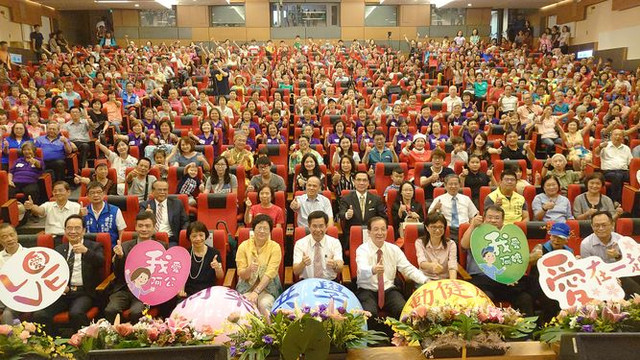 Photo courtesy of the Ministry of Education