Taipei, July 23 (CNA) An exhibition that highlights the 25th anniversary of the recognition of the term "indigenous people" in Taiwan, opened in Taipei on Tuesday, with the aim of showcasing the proper status of the country's original inhabitants.

The exhibition, which runs through Aug. 11 at the National Central Library, includes photos and information displays on the movement to gain indigenous people recognition from 1984 to 1994, according to the organizer, the Council of Indigenous Peoples (CIP).

Icyang Parod, CIP minister, said prior to 1994, Taiwan's indigenous population used to be officially referred to as "shan bao," which translates as "mountain dwelling compatriots."

However, that designation failed to recognize indigenous people as the original inhabitants of Taiwan because it classified them under a naming system that didn't reflect their true identity, Icyang said.

"In 1984, which was 35 years ago, people used to call us 'shan bao' and the government at the time further separated us into 'plains dwelling mountain compatriots' and 'mountain dwelling compatriots'," he said.

"Since I am an Amis and my people lived in coastal areas on the plains, why am I a 'mountain dwelling compatriot'?" he said. 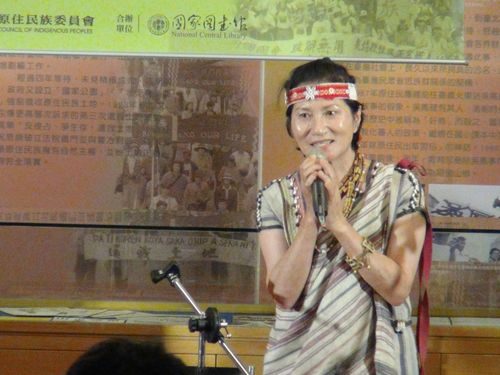 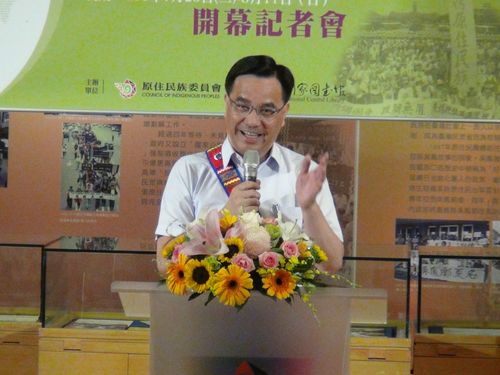 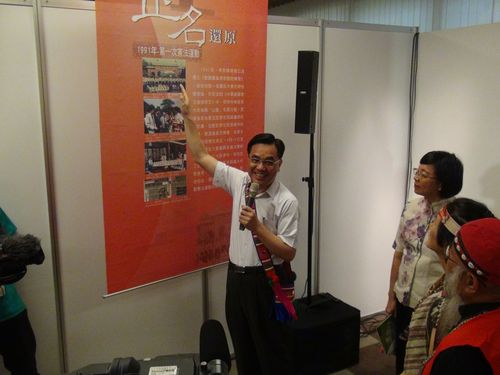 In December 1984, a group of intellectuals demanded that the status of indigenous people be recognized by asking for "shan bao" to be replaced by the term "indigenous person," Icyang said.

However, this demand faced much opposition because at that time many people thought 'shan bao' was an acceptable term, Icyang said.

It was not until 1989 that the movement started to gain momentum as it was then backed by the Presbyterian Church in Taiwan, Icyang said, adding that the movement became even stronger in June 1994 after a rally by 3,000 people near the Presidential Office in Taipei.

Finally on July 28, 1994 after numerous readings by the then National Assembly, it was accepted that "shan bao" should be replaced with "indigenous people" in the Republic of China Constitution, Icyang said.

The name change officially came into effect Aug. 1 that year, according to the CIP website, adding that when the Constitution was amended again in 1997, the term "indigenous people" was itself replaced with "indigenous peoples," to reflect the recognition of collective rights.

It took 10 years to achieve that success, and many younger generations of indigenous people are not aware of the history behind gaining the name, Icyang said.

"That is why we are using this opportunity (25th anniversary) to host the exhibition and teach younger generations of indigenous people and other citizens how indigenous people received that designation," he said.

"We are here today connected by the warmth of our hearts and to look back and recognize how the name 'indigenous people' was achieved," she said.

According to the CIP website, as of the end of June 2019 there were 16 recognized indigenous tribes with a population of 568,465.