Taipei, July 1 (CNA) Canadians in Taiwan and other members of the public joined a celebration Saturday in Taipei to mark the 150th anniversary of Canada's Confederation, featuring live music, Canadian food and drinks, and a pavilion showcasing the history of Canada.

Despite the rain, the event held at the Taipei City Hakka Cultural Park still drew thousands to celebrate. The event will conclude with an annual fireworks show at 9 p.m.

Now in its 12th year, the Canada Day celebration in Taipei featured live music by local and Canadian musicians and a procession, according to the Canadian Chamber of Commerce in Taiwan (CCCT), the organizers of the event. 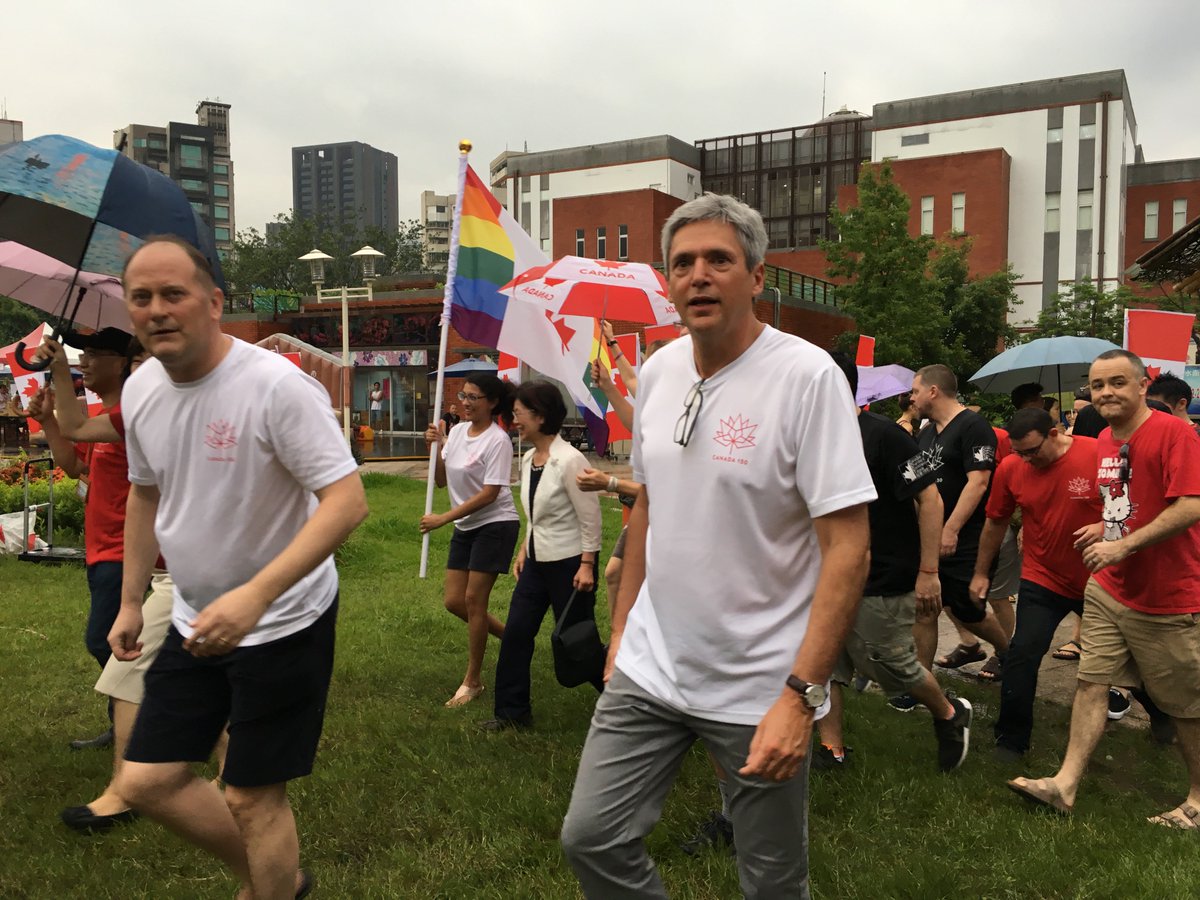 [Mario Ste-Marie (front right), head of the CTOT, in the parade]

Speaking at the event, Mario Ste-Marie, head of the Canadian Trade Office in Taipei (CTOT) said that Taiwan and Canada share many common values, such as democracy, and expressed hope for greater bilateral people-to-people exchanges.

He expressed hope that the number of tourists from Taiwan and Canada to visit each other's country will be increased.

The CTOT, which represents Canada's interests in Taiwan in the absence of diplomatic ties, was a co-sponsor of the event.

As part of a series of "Canada 150" celebrations in Taiwan, Saturday's event was attended by various officials from the Taipei City government and the Ministry of Foreign Affairs. 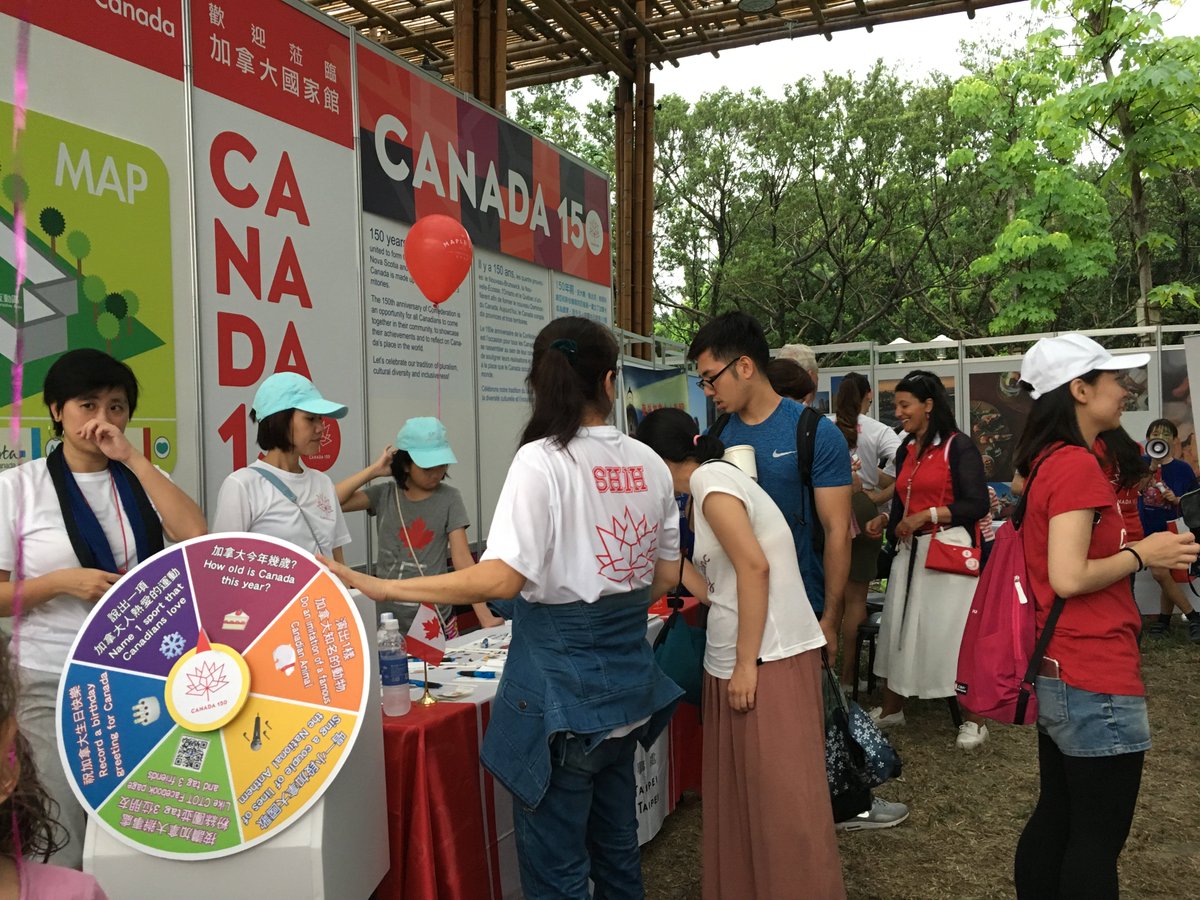 Christine Hsueh (薛美瑜), director-general of the ministry's Department of North American Affairs, offered her congratulations to Canada and expressed hope that relations between Taiwan and Canada will continue to grow.

In addition to a huge western-style cake, a big Hakka sticky rice cake was also prepared for the celebration, adding a Taiwanese flavor to the occasion. 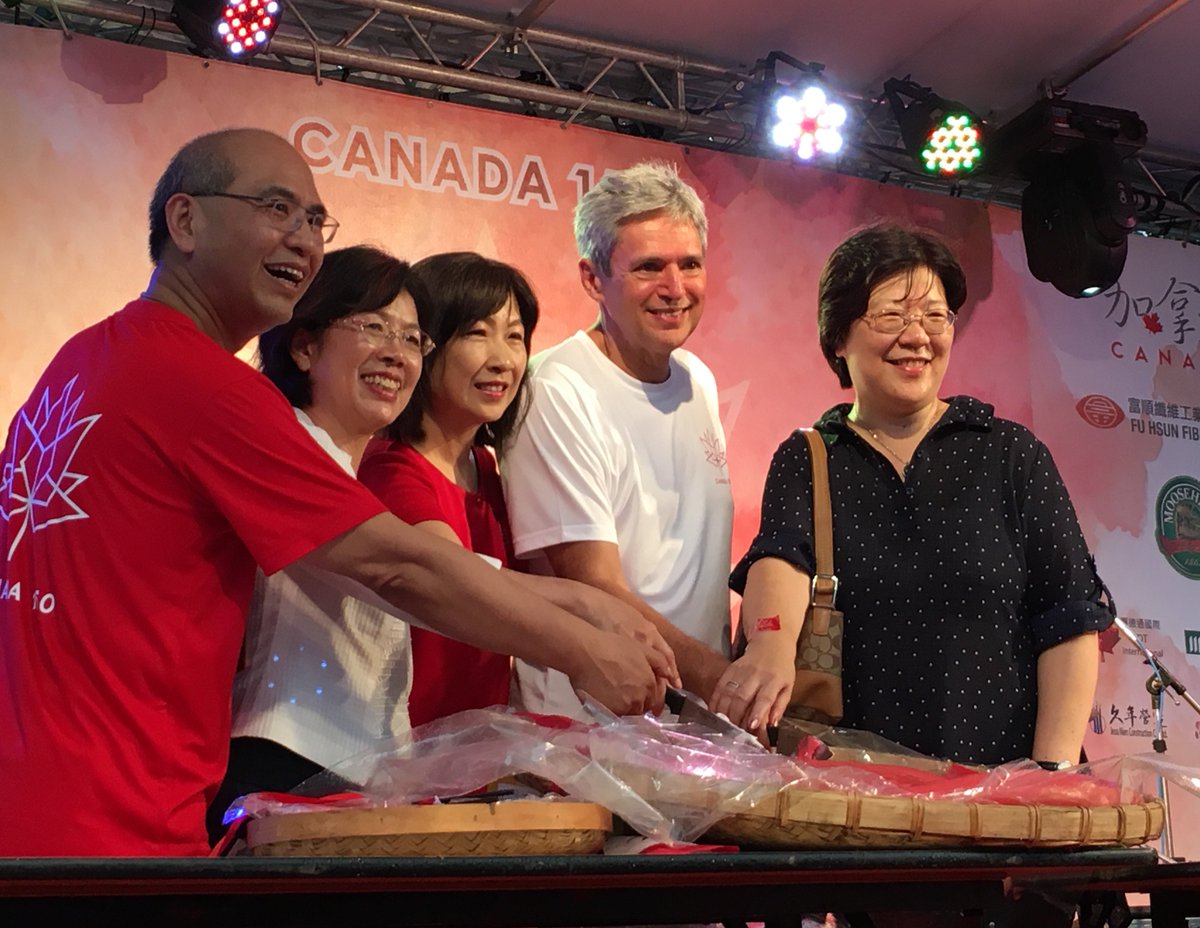 Other "Canada 150" celebrations in Taiwan include special lighting projected on the wall of Taipei City Hall, showing the Chinese characters for "happy birthday" to Canada and "Canada 150" in English.

Ste-Marie said the lighting is part of a global illuminations project to celebrate "Canada 150." He expressed gratitude for the support of the Taipei City government, which also demonstrated the long-standing friendship between Taiwan and Canada.

The celebration attracted about 8,000 people last year, said the CCCT, which was hoping for an attendance of at least 10,000 this year. 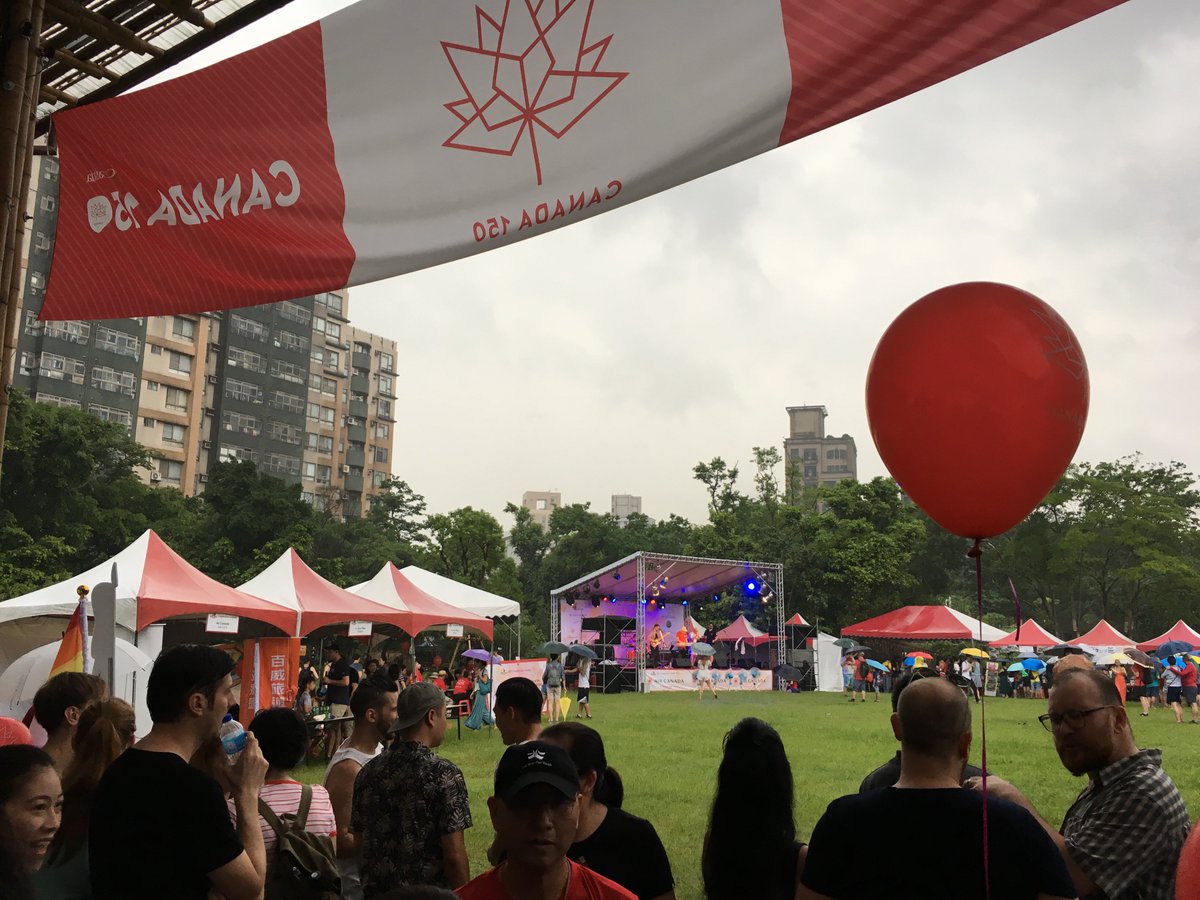 The Canada Day celebration in Taipei is usually the biggest celebration for the occasion outside Canada, according to the organizers.