During a trip to one of the world's premier scientific institutions as part of her visit to Denver, Tsai was welcomed by NCAR Director Everette Joseph, a group of Taiwanese scientists currently working at the facility, as well as Taiwanese students in the region.

NCAR is responsible for developing FormoSat-7, the second satellite constellation jointly built by Taiwan and the U.S. after FormoSat-3.

FormosSat-7 launched into orbit from the John F. Kennedy Space Center in Florida on June 24 to replace FormoSat-3 and collect meteorological, ionospheric and climate data.

During her tour of the facility, Tsai visited the site where FormoSat-3 and FormosSat-7 were developed to learn more about Taiwan-U.S. cooperation in the field.

She then headed to the Earth Observing Laboratory (EOL), one of NCAR's seven laboratories, where she was given a tour of a research aircraft modified from military-use C-130 Hercules aircraft and a Gulfstream-V environmental research aircraft. 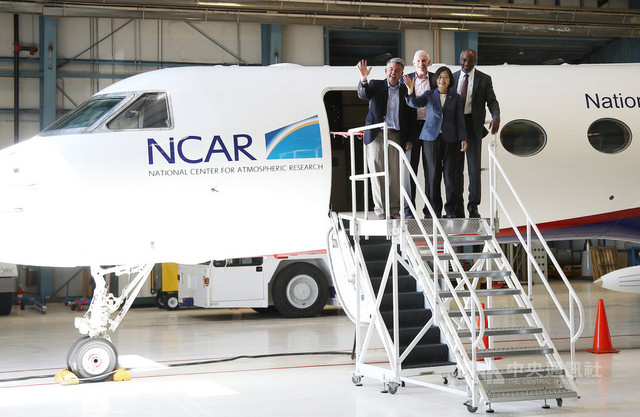 Tsai told the press she was deeply impressed with the tour, especially how weather research equipment was installed in aircraft to observer hurricanes and other weather systems to prevent natural disasters.

The president said the advancement of weather forecasting technology is important because the more precise such observations become, the more preparation time the government has to undertake prevention work.

During the tour, Lee Wen-chau (李文兆), a Taiwanese scientist currently based at EOL, told the press EOL will send a weather radar to Hsinchu's Nanliao area (新竹南寮) next year as part of bilateral cooperation at forecasting extreme rainfall in Taiwan.

The radar system is scheduled to depart from EOL on April 15, 2020. Following a month of preparation, the radar will officially collect related data from May 25 to Aug. 10, which is expected to help future extreme rainfall forecasting in the country, he noted.

Following the visit to NCAR, Tsai had lunch with Senator Cory Gardner, who represents Colorado, and accompanied the president during her stopover in Denver.

Wearing a cowboy hat, Tsai told the press that previous stopovers on American soil made by Taiwan presidents were mostly in the eastern or western U.S. 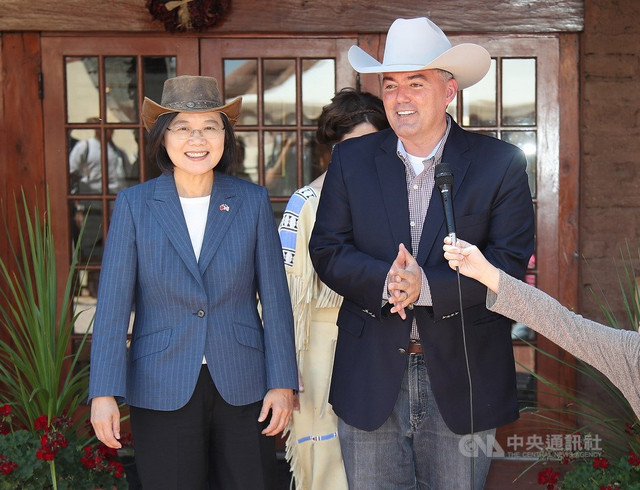 Thanks to the suggestion of Gardner, Tsai said she was very happy that this time she was able to stopover in Denver to discover a different part of the country and gain first-hand experience of Taiwan-U.S. cooperation in the area.

Tsai left Taiwan on July 11 for a 12-day trip that has taken her to New York, Haiti, St. Kitts and Nevis, St. Vincent and the Grenadines and St. Lucia.

She will leave Denver to return to Taiwan on July 22.

(By Wen Kuei-hsiang and Joseph Yeh)